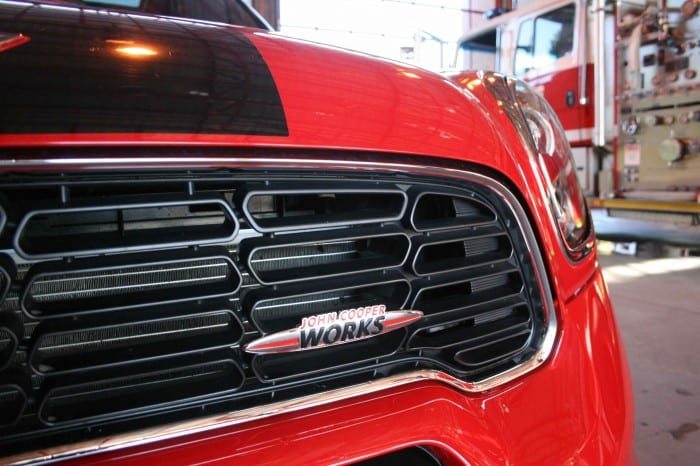 Instead it seemed more akin to your dopey rural cousin. The exterior stirs excitement and promise. Seeing it parked in the basement was enough to up the pulse after a dour day in the office. It has bonnet stripes which resemble a triton – in a lick of red paint it looks like a real Red Devil.

But push the dainty circular Start button and it lazily breathes into life. The engine note is subdued, unlike the aggressive exterior suggests.  The song Downbound Train by Bruce Springsteen comes to mind. It had a job. It had a girl. Now it wears a miserable frown and lethargically rolls around town yearning for happier days. 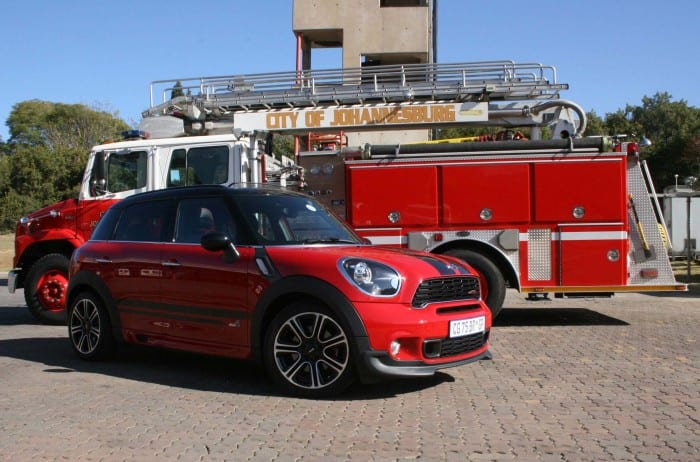 For a car with 160kW of power, it doesn’t feel as effusive as you might think. It’s actually only 0.6 seconds quicker to 100km/h than the cheaper Cooper S Countryman. Of course, its four-wheel drive system doesn’t help – adding more weight to what already is a porky car. And it has the most frustrating clutch uptake we’ve ever experienced. One has to be extra slow in releasing the right pedal, as it has a penchant for stalling.

The Countryman grumbles when you kick down the power pedal, eventually it gains momentum without real enthusiasm. It just wants to go to a bar and drown its sorrows. But for all that we found wrong with the not-so-small Mini, there are a few redeeming qualities.

The interior reeks of the marque’s benefactor, BMW: its all Teutonic quality with a quirky theme. Even the park distance control doesn’t merely “beep” in a perfunctory way, it gives a whimsical “ping” sound as you back closer to an obstacle. Circular shapes and bulbous fixtures characterise the interior. 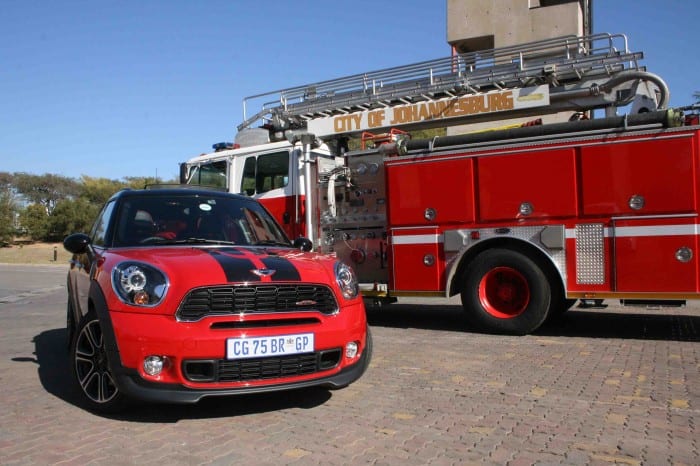 The air-conditioning vents look like the jet engines on an aircraft. And the switchgear, although made for dainty fingers, is neatly appointed. We’ll never understand what they were thinking when they decided to stick a clock-sized speedometer in there. Its more distracting than anything, as you have to take your eye off the road to monitor speed. Thankfully the Countryman JCW has cruise control.

It also drives like you would expect any BMW-developed machine to. The steering has a wonderful crispness to it. Shifting through the stiff six-speed transmission is like cocking a rifle. And below, you get the assuring sense that it’s underpinned by the same kind of good stuff stuff that features in other models from the German parent company. Cruising on the freeway, the Countryman is solid and steady. It’s not going to topple over in the face of the unrelenting winds Johannesburg experienced lately.

Pricing starts at R428 000 for the standard manual model, while the Steptronic version comes in at R444 100. Being of German parentage, you can expect a large list of optional extras.

Our test model featured the Wired Packaged (R15 500), which throws in a navigation system and Bluetooth. The Chilli Package (R13 200) adds gear like rear PDC and xenon lamps. Add another R3500 for the black stripes and R10 200 for a massive sunroof with sliding and ventilation function. If you want a centre armrest, that will be R1650 and for a rearview mirror with a digital compass, it’s R600 extra. It all adds up and realistically, you could spend nearly half a million Rand on this car once a few boxes have been ticked. 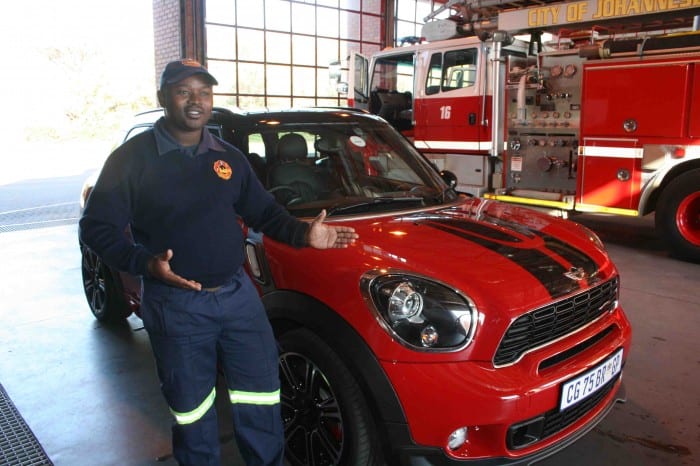 The Mini Countryman is not as intense as the JCW emblem might lead you to believe. Those signing on the dotted-line in anticipation of real performance, will be disappointed: there’s more sense in opting for a Cooper S. Get the expensive and pointless Countryman JCW and you might just have a frown of disappointment as big as the one on the car.