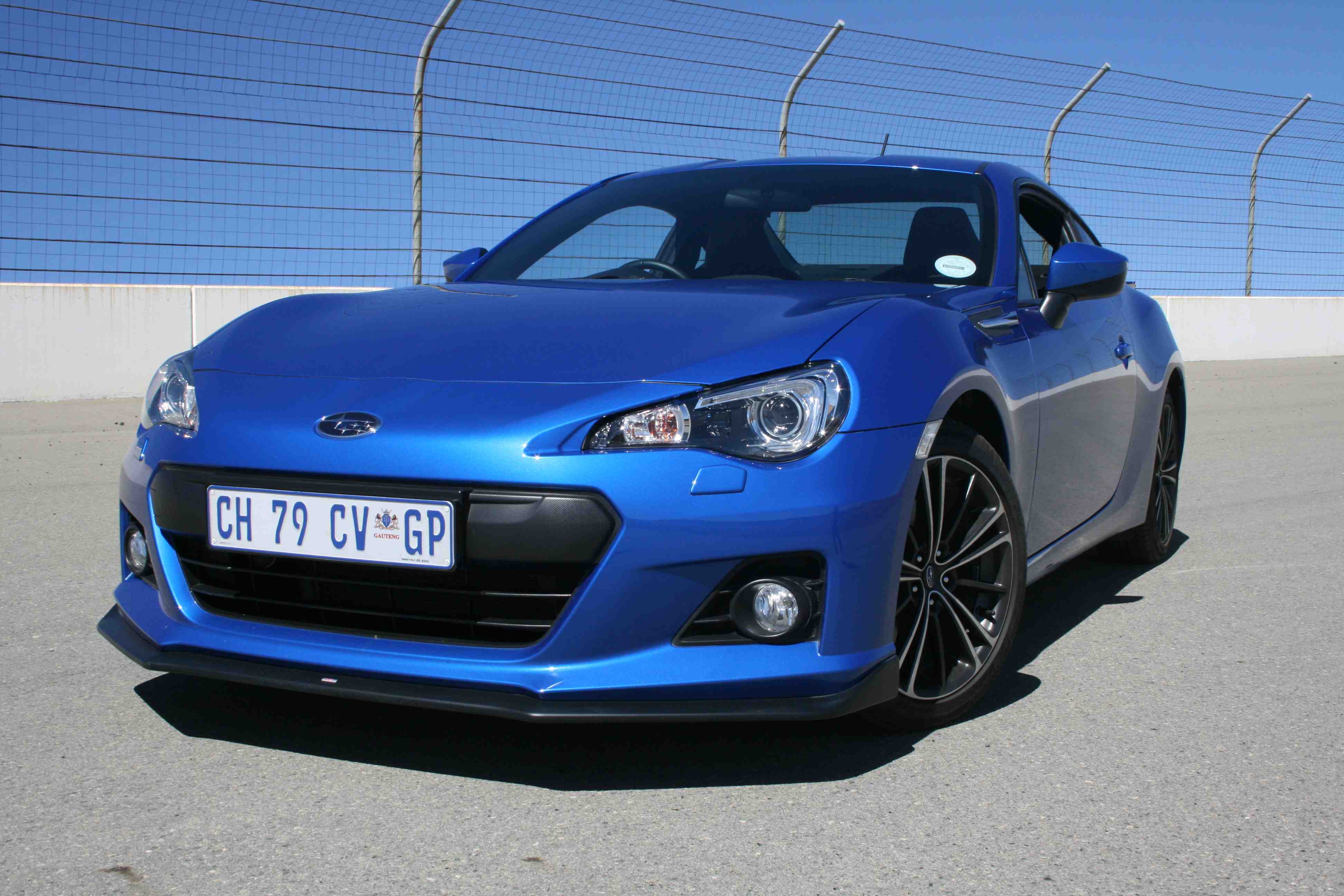 Sleek blue and simple. Brilliant boxer burble. Worth the extra dough. That is the Subaru BRZ in a neat haiku nutshell.

The underdog is always more appealing than the glory boy. And although it wears a bigger price than the common Toyota 86 – its fraternal twin – there are certainly points that give the BRZ greater allure.

We think this sportster should have remained an exclusive Subaru product from the start, rather than a duplicated effort, serving Toyota as a shining star amidst their dreary product line-up. 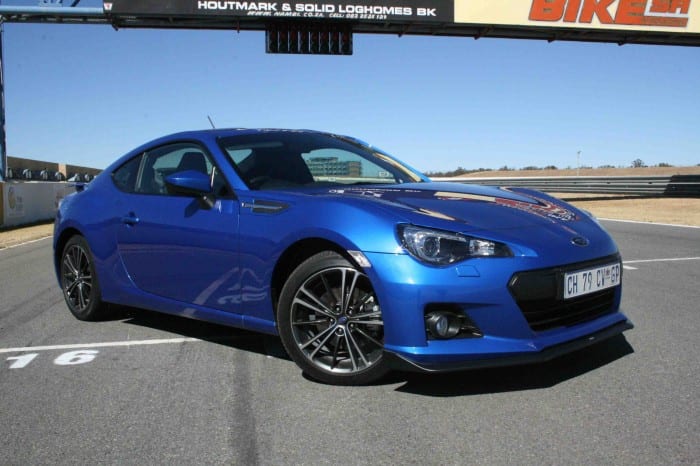 The Japanese philosophy of Ma (say “maah”) advocates that less is more. But it doesn’t apply when you’re buying a car. There is one BRZ model on sale in South Africa, unlike the 86 range which offers three levels: poverty, privileged and privileged with an automatic transmission.

The Subaru comes standard with daytime-running lights, imperative in 2013, a neat rear spoiler sleeker than the compensating wing affair on a WRX, as well as a performance exhaust system.

Little details exude the impression that greater care was put into the Scooby. The spare wheel, for example, doesn’t jut out at an angle like it does in the Toyota. Interior surfaces are clad in leather, with racy red stitching. Subaru also threw in a colour-screen interface. It’s annoyingly fiddly, but there is a standard integrated navigation system.

Finally, Subaru added a comprehensive, five-year/105 000-kilometre maintenance package. The Toyota makes do with a four-year/60 000-kilometre service plan.  It asks R389 900 from your wallet. But if you were to specify the same level of kit on an equivalent Toyota 86 High, you’d pay around R397 000.

Less of a muchness

Assessing a car requires all the senses. Put the BRZ on a sensitive palate after sampling the 86; the differences are there.

Firstly there’s the aural thrill. This beefier exhaust amplifies the distinctive burble of the boxer engine. A cold morning is soothed, via the starter button on the centre console. It fires up with a deep rumble. You’ll find yourself wringing it out in the first three gears; to fully enjoy the soundtrack.

The only downside is a monotonous drone when you’re cruising at the national limit. Something that made itself clear on a two-hour drive to Welkom. 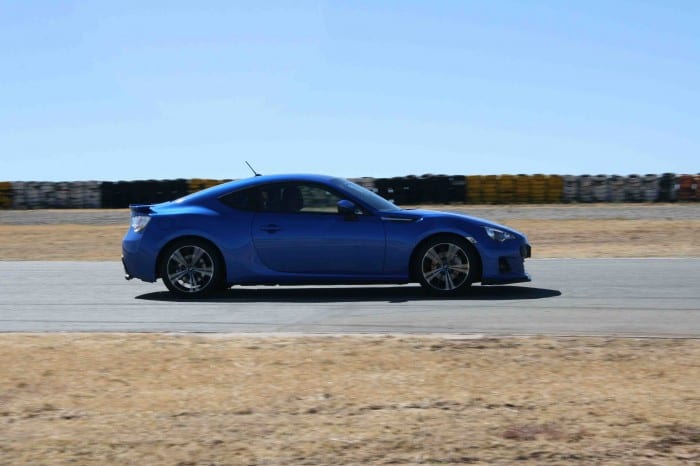 But every cloud has a silver lining. Its abilities on an unbridled track environment are enough to overlook the highway noisiness. We put it through its paces on the well-maintained Phakisa Freeway circuit.

The front suspension is slightly firmer. It’s less tail-happy than the 86. The BRZ feels sharper and more focused; pandering to existing Subaru owners who expect the assuring stickiness of all-wheel drive. And that performance exhaust system purportedly adds 6kW extra into the mix. Subaru Southern Africa is still in the process of testing their claim.

While you can easily point into the apex and shoot out with precision – and safety – disengaging the electronic driver aids reveals the BRZ’s wild side. Tail-sliding mirth is guaranteed.  As a visceral, immersive and authentic driver’s car there are few alternatives out there that compare. The BRZ is a stark contrast to the assistance-laden robotic motoring machines commonplace on the market.

Of course, living with it in the real world – with traffic and potholes – is less idyllic. The extra embellishments and desirable Subaru badge make a significant difference to this Japanese sportster. But we wouldn’t be your preferred car-buying resource if we didn’t weigh the pragmatic aspects too.

Certainly, the Toyota represents a bigger saving for what is perceived to be the same car. And if all you wanted was a low-slung two-door machine, the 86 would probably serve as well – if you were oblivious to the added goodness of the Scooby.

We implore you to drive both back-to-back; pen two haiku verses and see which one you appreciate more.