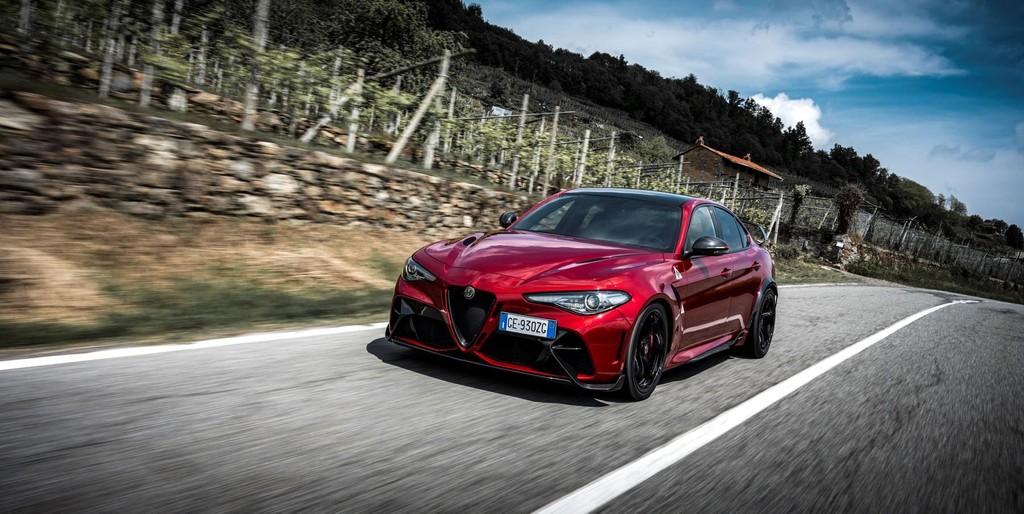 When the last Alfa Romeo Giulia hit South African soil back in 2017 it landed with a bang. I wasn’t fortunate enough to spend time behind the wheel of the Italian performance sedan, but the journalists who were lucky enough to do so came back with wide grins and very few words. That response said a lot about the Giulia, considering that it was launched at a racetrack for South African media to experience it in its most natural habitat. A few years on and Alfa Romeo has intentions of introducing a more potent mutation of their sports sedan.

It’s called the Giulia GTA and there’s a sharper GTAm version, both are based on the Giulia Quadrifoglio and Alfa Romeo has done some serious work to make it even more focused and quicker than the version it replaces. They’ve incorporated some Formula 1 inspired technology like active aerodynamics, which results in increased downforce through an active front splitter, and more wicked engineering on the rear spoiler and side skirts has been done. Beneath it all, Alfa has installed a titanium Akrapovic exhaust system allowing the V6 drivetrain to breathe freely. It culminates at the car’s carbon rear diffuser. The GTAm gets a larger front splitter and a carbon fibre rear wing. On paper, Alfa Romeo’s star athlete sedan looks to be a serious contender in the segment against other like-minded machines such as Mercedes-Benzes’ C63 S sedan and the BMW M3 Competition.

Propelling the Alfa Romeo Giulia GTA and GTAm variants is a 2.9l six-cylinder twin-turbo engine made of the lightest material (aluminium) possible, and pushing out 390 kW. It’s capable of doing the 0-100km/h sprint in 3.6 seconds with the help of the vehicle’s launch control system.

Inside, the Giulia’s interior is offered in a four and two-seater configuration depending on how extreme you want to go in the realm of performance sedans and weight saving. The GTA will have enough seats for you and three passengers and it seems like the more practical choice for a daily car. On the other end of the spectrum lies the more expressive Giulia GTAm which has seats only for two occupants – driver and passenger. In place of the rear seats, Alfa Romeo has fitted a roll bar in its GTAm version.

For those eying the upcoming Alfa Romeo Giulia as your next road and track weapon, you’ll be glad to know that the order books have been opened! Yes, you can now place your order for either the Alfa Romeo Giulia GTA or GTAm, but remember that only 500 of them will be built, each with a unique number to add exclusivity to the Italian bred sports car. Those fortunate enough to be allocated a vehicle and a corresponding number will be treated to a GTA branded Bell helmet as well full racing gear from Alpinestars. The gear includes a race suit, matching gloves and shoes. Alfa Romeo will also throw in a personalized Goodwool car cover with each GTA or GTAm sold.

Unfortunately, pricing of the upcoming Alfa Romeo Giulia GTA and GTAm has not been made public, but from our estimations, you should expect to pay in the region of R3 million for one of these. Not for the faint of heart.