Secondhand Tyres-Not Such A Good Idea 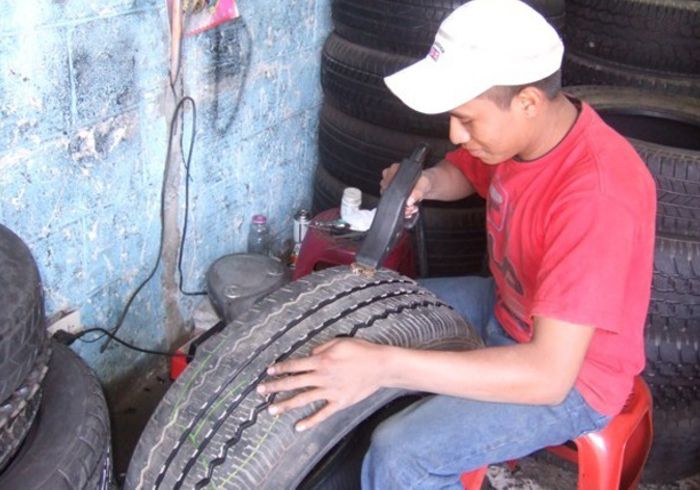 Second-hand tyres and re-grooved tyres are one of the biggest dangers to safety on the road.  Often more prevalent in the informal sector, re-grooving constitutes the re-creation of tread depth, often done by means of a sharp object, such as a knife or screwdriver, that has been heated to melt away the rubber.

You simply cannot underestimate the importance of tyres once it involves your safety on the road. Faulty tyres not solely compromise your grip on the road, however they will conjointly cause blow-outs, which frequently cause a loss of management of the vehicle. The danger multiplies, of course, after you fit used tyres to your vehicle, which is an understandable thing to do given how stretched household budgets are these days. However, alarming statistics that came to light recently was the very fact that more than sixty percent of second-hand tyres sold in South Africa are in fact illegal. The illegal – and highly dangerous – practice of “re-grooving” tyres to create greater tread depth is one of the most common traits in second-hand tyres and presents a considerable hazard to tyre condition.

Tyre aging is another less-known factor that second-hand tyre consumers do not consider. After a period of time, the strength of a tyre is compromised and becomes brittle due to environmental exposure such sunlight, ozone factors, and oxygen. Such tyres are more likely to result in weak spots which often lead to burst tyres.

Used tyres are often sold to motorists looking for a way to save money. However, unless they visit a reputable dealership or know what to look out for, buyers may purchase a second-hand waste tyre, which really belongs on the scrapheap.

Second-hand tyres are usually safe to use when you see the following:

– Visible tread wear indicators below tread, across the whole tyre.

A second-hand tyre is NOT safe to use when you see:

– Tread depth across any part of the tyre that is below the level of the tread wear indicators.

– No tread wear indicator, due to carving the rubber on tyres to create more tread depth (re-grooving).

Late last year, the South African Tyre Manufacturers Conference (SATMC) informed the Department of Trade and Industry’s (DTI) Portfolio Committee that there was a national economic imperative and public interest for the formulation of a part-worn standard for second hand tyres. Submissions have been made to the National Regulator for Compulsory Specifications (NRCS) to formulate a part-worn standard which has been agreed to with the industry, and NRCS is now starting the regulatory process for part-worn tyres.

If you have any doubt about the quality of a used-tyre, do not purchase it. It could save lives.