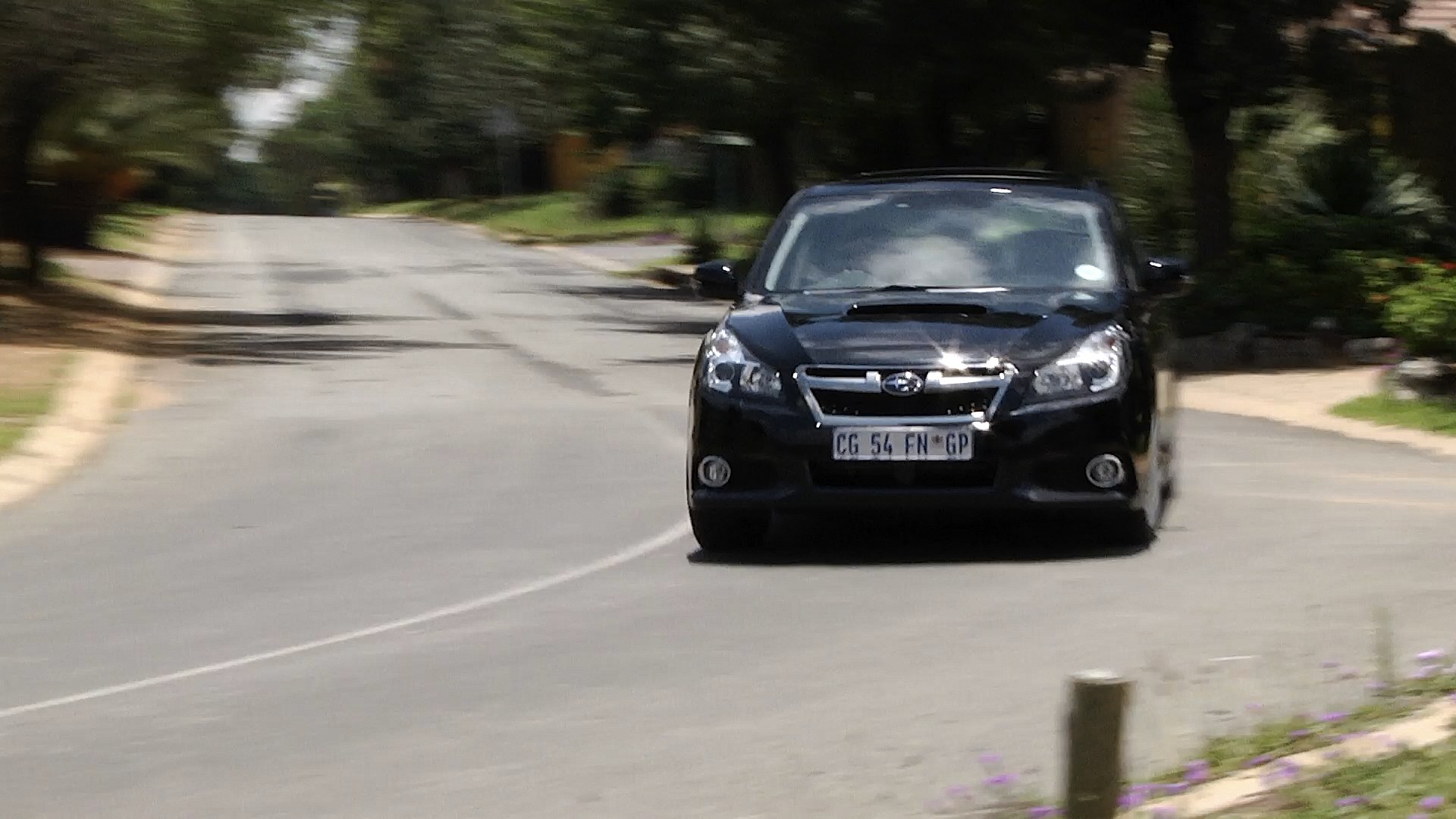 The medium-sized saloon offerings from Japanese manufacturers seem to get overlooked in South Africa. But there are a few competent players in the segment. Underrated models like the Mazda 6, Kia Optima and Subaru Legacy bring a different flavour to the buffet, dominated by the German cuisines. We recently spent time with the Legacy 2.5 GT, which employs the same engine you’ll find in the Subaru WRX. 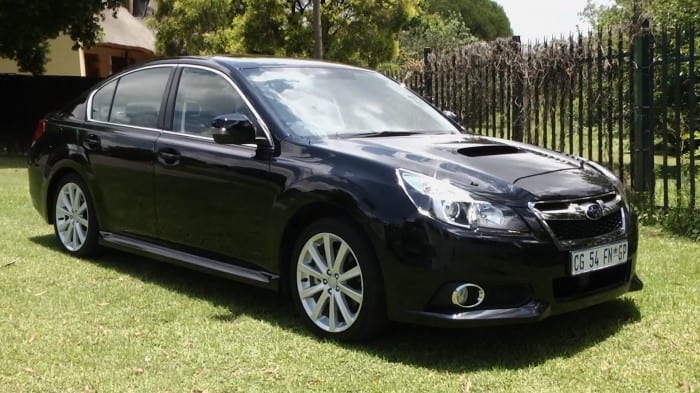 While it has the same heart as its raucous sibling, the spirit in this Scooby is one of calmness. That distinctive boxer-engine burble has been muzzled – in keeping with the car’s premium persona. You’ll also find an automatic transmission. So dash any hopes of hitting the redline.

Expectedly, this turbocharged four-cylinder engine doesn’t deliver its kick in the same way as the WRX. Push the power pedal down and instead of whooshing forth with the eagerness of a terrier; it moves forward with the quiet strength of a labrador.  You’re going to be disappointed if you were expecting the usual forced-fed Subaru thrills. This is set-up to be a cruiser. It’s something of a sleeper though; because there’s ample punch for overtaking and keeping up with the compact hot hatchback set.

And in a lick of black paint, with the beefier GT embellishments, it certainly looks like something the Yakuza would buy as company cars for its henchmen. The Legacy underwent subtle tweaks for this new model year; including a facial nip-tuck and re-styled alloys.

Looks are a subjective thing, but personally I favour the sharper, more streamlined design of the previous Legacy model. Especially with traits like frameless doors and a lean-forward stance. Still, our gleaming test unit managed to turn heads: people noted that its rarity and were intrigued by the scoop on the nose, portending to the strength beneath.

Subaru is generous with the standard stuff and this one isn’t different. It’s got all the trappings of a premium saloon. We’re still unable to understand why they don’t throw in auto-locking doors though.

Rear seat legroom is superb – our tall cameraman will attest to that. And the boot is cavernous enough to swallow any family’s abundance of holiday kit. 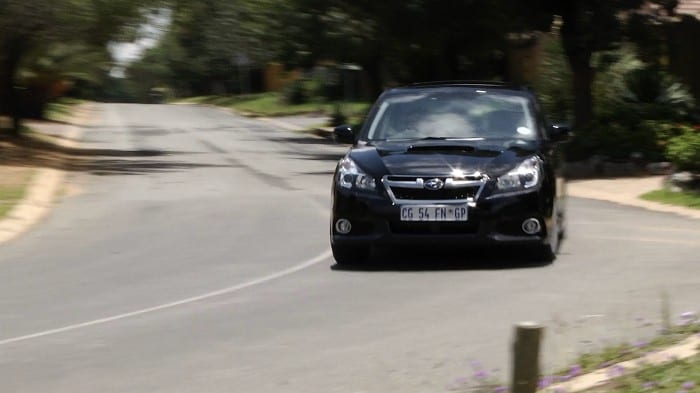 Here comes the “but”

Subaru has toned the Legacy range down to one model. This GT is the only one you’ll find listed on their site and in the sales brochures.

Unlike before; where you could take your pick from the normally-aspirated 2-litre and 2.5-litre versions, you’ll have to opt for this one. That R479 000 asking price is likely to deter buyers as well; especially in the face of those perennial German favourites.

If you’re after the Legacy’s merits of comfort, sticky all-wheel drive stability and standard toys, we’d recommend shopping on the pre-owned market instead. There are many examples out there, with well under 100 000 kilometres on the odometer, selling for under the R300 000 mark.