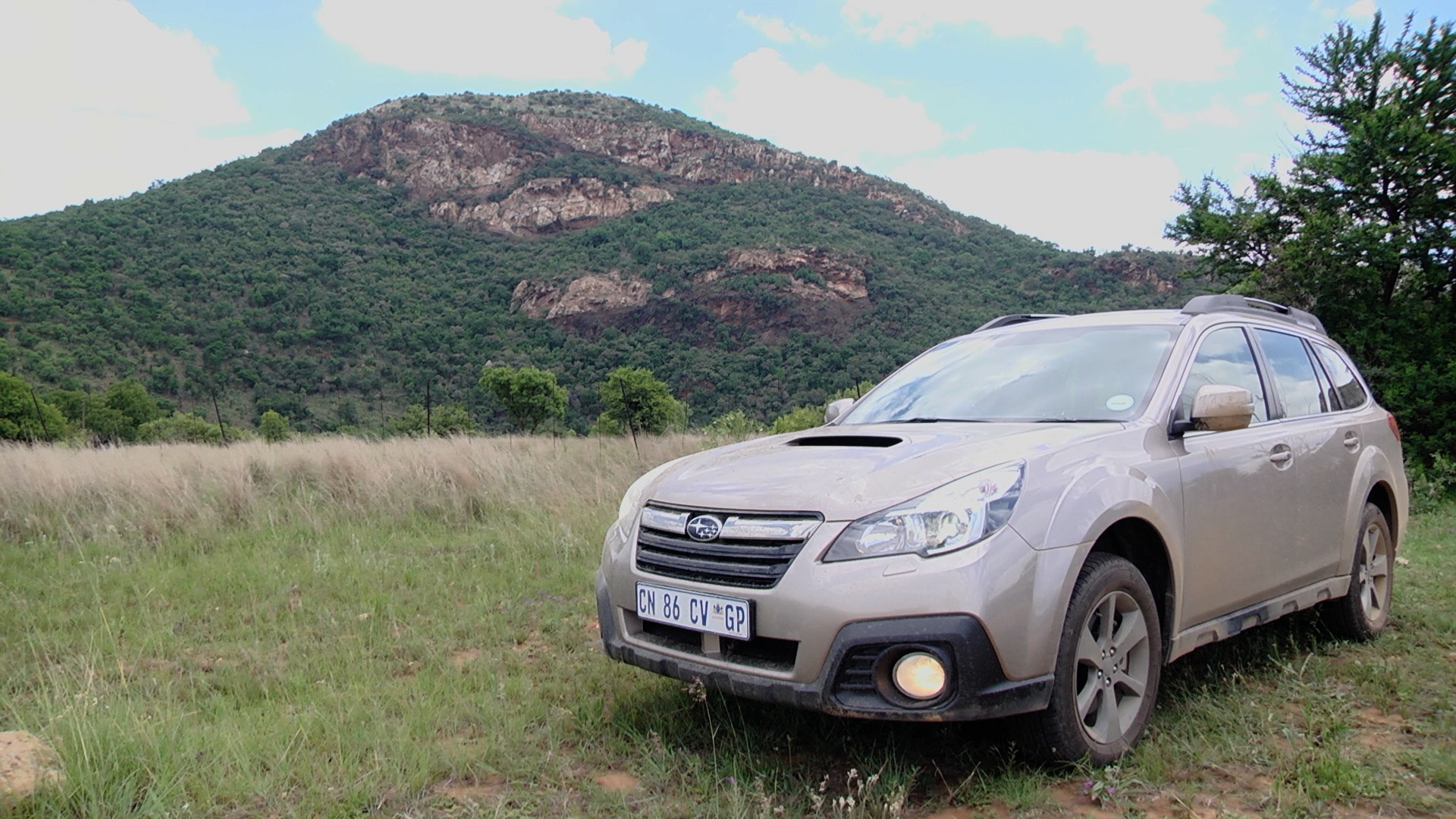 Our festive companion hit 10 000 kilometres with an unceremonious bang. Though it was no fault of the car. A pothole that could have served as a viewpoint to the core of the earth consumed one rear left tyre. In this humble scribe’s defense; the crater in question was well concealed by water – attesting to Johannesburg’s torrential summer rain. 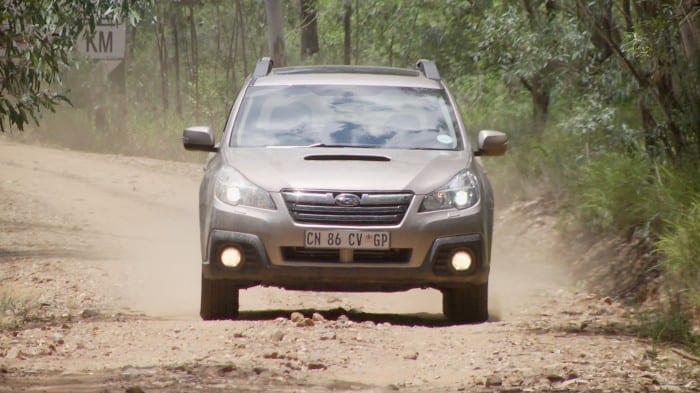 Thankfully, there’s a full-size spare. Apart from this, the extended test Subaru Outback has thus far provided over 1500 hiccup-free kilometres in our tenure. Since taking delivery on December 10; we’ve grown fonder of the faithful Japanese wagon. And better acquainted with some of the down points that should be seen to with the next iteration. More on that later.

Continuously Variable Transmissions (CVTs) take plenty of flack from motoring press – including us. With good reason: their droning and indecisive nature leaves much to be desired. Somehow the boffins at Subaru have managed to make the gearbox more than palatable. Paired to a diesel boxer engine, it’s a tasty combination that works like Christmas and mince pies (the variety with real meat, not those deceptive fruit ones). 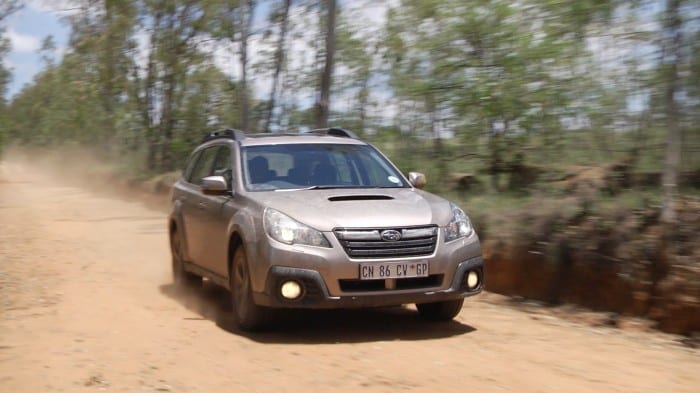 The duo works well to provide seamless cruising ability on the open road. Faced with an incline at lower revs though; one does need to give it some motivation. Prodding the accelerator and shifting down via the steering-mounted paddles helps. But the diesel Outback is happiest chomping the miles on the highway. With the cruise control set to 120km/h, it takes the lengthy stints in its stride and is a venerable mile-eater.

Also praiseworthy is the ride. The suspension has greater height and travel to give it some off-road ability. But it evades a wallowing feeling. Driving that stretch of the M1 over the Oxford Road bridge (with those notorious, jarring ridges in the road) we waited for the customary “thunk”. It never came. The Outback has a more accomplished ride than some SUVs costing more. 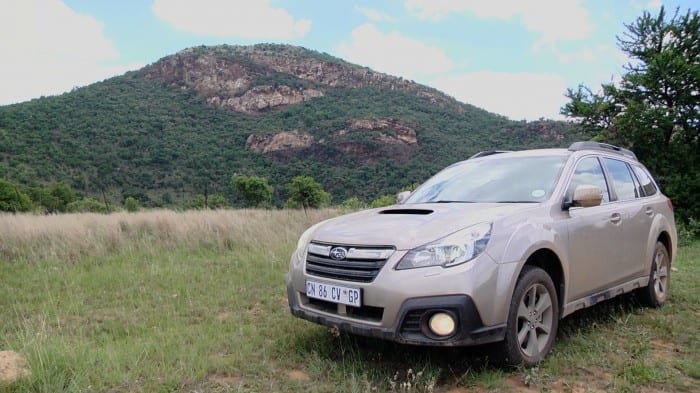 Its hall-like boot experienced thorough exploitation; with everything that ensues over the silly season. Gifts were swallowed and the family labrador Michael sat happily en-route to a many a Zoo Lake play session. The seats were folded flat to accommodate two tables for a birthday party. And it adeptly carried a load of unwanted stuff from a year-end clean-up. This hallmark of versatility is, after all, what attracts faithfuls to Scooby wagons.

But there are some niggles. Something that always rears its head is the lack of auto-locking doors. Subaru believes its a safety hazard. The Bluetooth system requires advanced tertiary education to be operated. We’ve given up, opting to use its USB facilities instead. Recently the Diesel Particulate Filter (DPF) light flashed intermittently. It’s remedied after a stint on the freeway at speeds of over 80km/h – which helps free-up some of the clogging that happens in city driving. 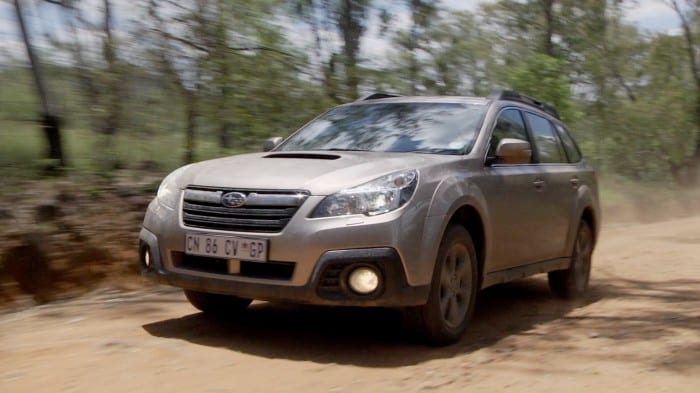 The big and frugal Scooby is a comfortable companion that’s easy to live with. And each time we hop out of the saddle; we’re left soothed by its dependable nature. It’s set to have its first service soon, at which the DPF matter will be queried. Until then, we’re going to wash all the festive filth off its Burnished Bronze paint. And stay out of the potholes.