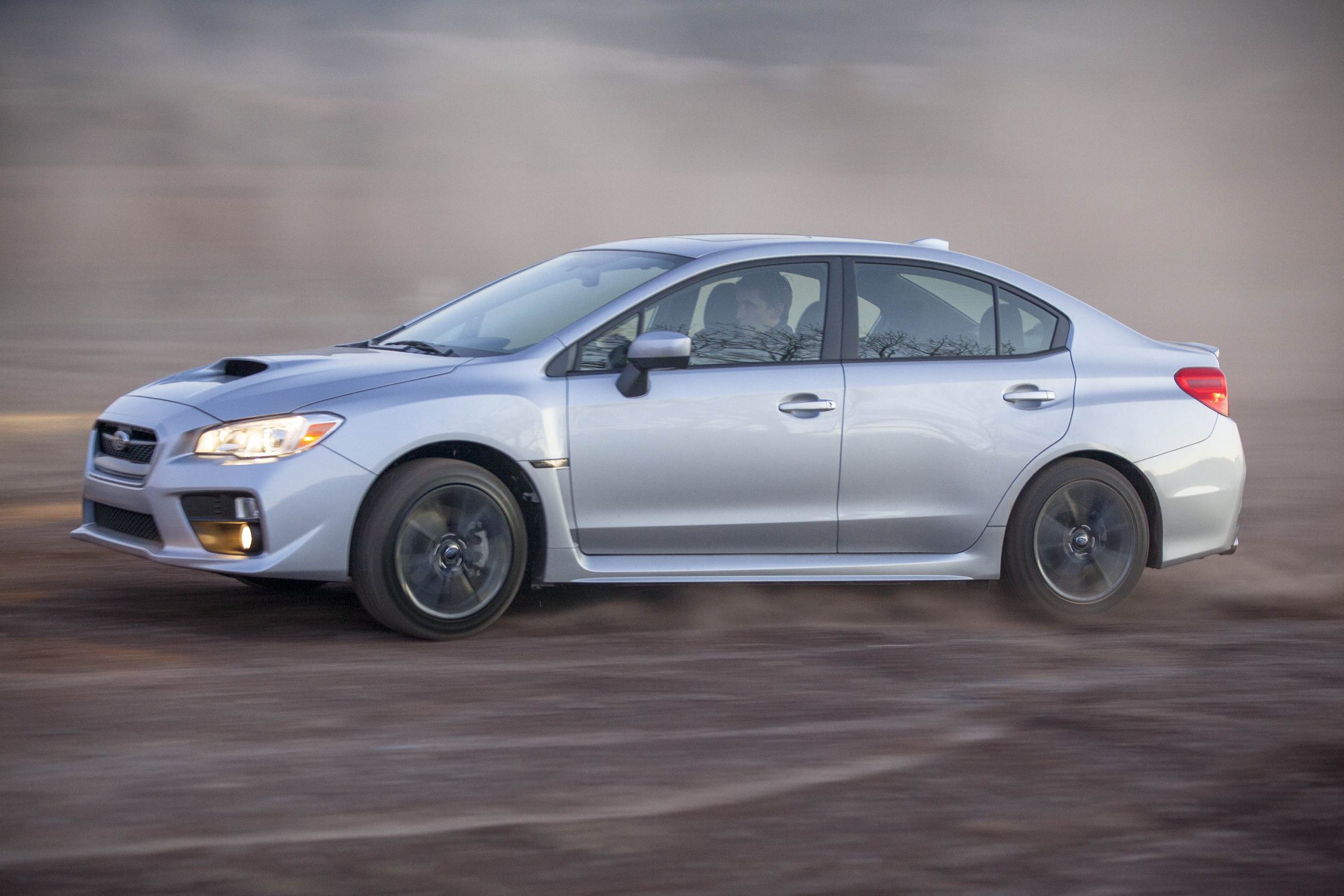 It all began with a humdrum sedan that was fettled to rule the rally stages. More than two decades later the Impreza moniker is eclipsed by the two acronyms that once starred alongside its nameplate: WRX and STI. These have become models in their own rather than derivatives.

South African buyers with a thirst for performance and a yearning to leave the Teutonic herd have long taken solace in this duo. With their burbling boxer engine theatrics, unflappable all-wheel drive stickiness and loud aesthetics these hot Subaru models found a comfortable spot in the local motoring Hall of Fame.

But the landscape has changed since their heyday from the late nineties to middle noughties. To maintain parity with its peers and meet higher expectations from buyers, some growing up had to be done. 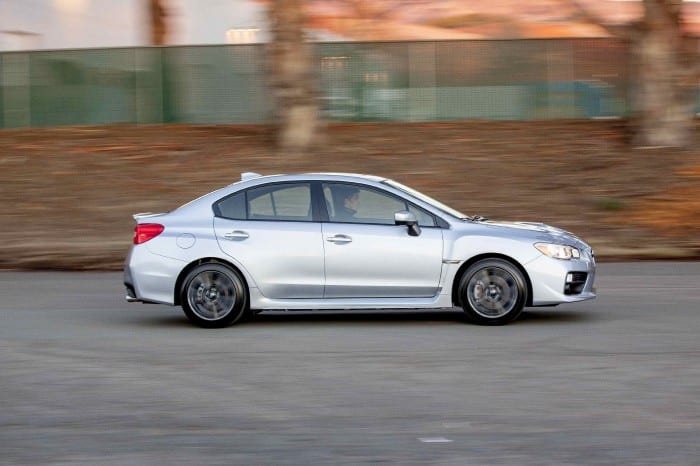 One feels empathy towards the newcomer. With such an illustrious legacy there are big expectations resting upon its shoulders. Thankfully the hallmarks that defined its predecessors are all there. Albeit in a more modern and grownup package that Subaru hopes will appeal to a wider spread of buyers.

On the styling front it’s business as usual. The revitalised Rex wears a sleek suit tailored to accentuate its muscles. On the front it keeps the trademark letter box scoop. It cuts a mean profile from the side with its athletic stance and bold wheel-arches. Those after more can wait for the STI – coming later this year – which will boast traits like the oversized rear spoiler. But if you’re unwilling to be patient, Subaru will sell you aesthetic add-ons for the WRX from the STI catalogue now. 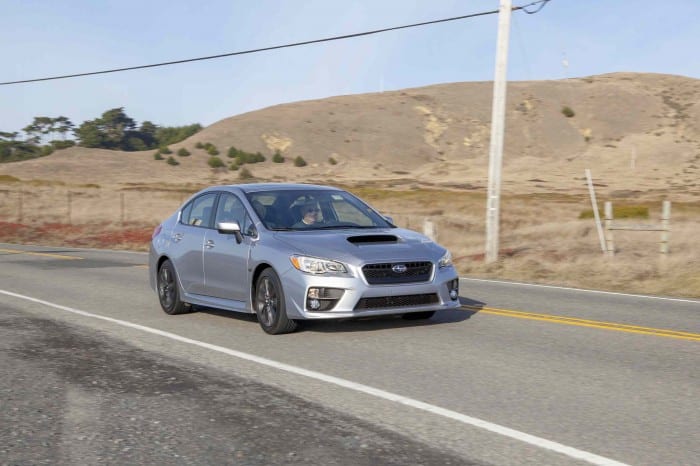 If you’re expecting a beefy boxer rumble when you hit the Start button you might be underwhelmed. It breathes into life with the muteness typical of any other contemporary sedan. But keep on – because the Scooby has a wealth of dynamic talents that beg to be exploited.

The 2.5-litre mill of old has been ditched in favour of a two-litre engine similar to the one that does duty in the Forester XT. But it underwent slight reworking and produces more power than the outgoing one: 197kW and 350Nm versus 195kW and 343Nm. Another addition to the WRX is Subaru’s Lineartronic Continuously Variable Transmission (CVT). It’s a move that’s bound to raise the eyebrows of traditional faithfuls; but Subaru anticipates that it will outsell the manual. 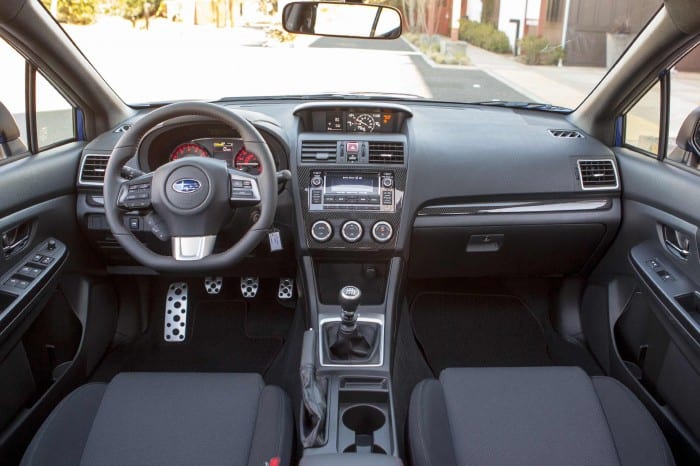 We sampled both versions – although we spent more time with the CVT. The slick-action six-speed transmission is direct and doesn’t demand as much manhandling as the old five-speed unit did. Plant your foot down and the WRX punches into the horizon. That faint boxer thrum becomes a little more prominent as the tachometer needle hits higher notes. No pace has been lost despite the engine capacity decrease.

Subaru tweaked their Lineartronic gearbox for the application. Three driving modes are part of the mix; with the Sport Sharp setting offering eight virtual gears to play with. The sensation is different: plant the loud pedal flat, it whooshes along seamlessly but inevitably one does feel detached from the process. It’s also marginally slower to 100km/h from standstill. You’ll do the dash in six seconds flat with the manual and in 6.3 seconds with the CVT.

Of course, its merits of versatility – especially on Johannesburg’s notoriously clogged arteries – will be more enticing to buyers. We can say confidently that the manual is the one to go for if you hope to extract the most mirth from the swift Subaru. 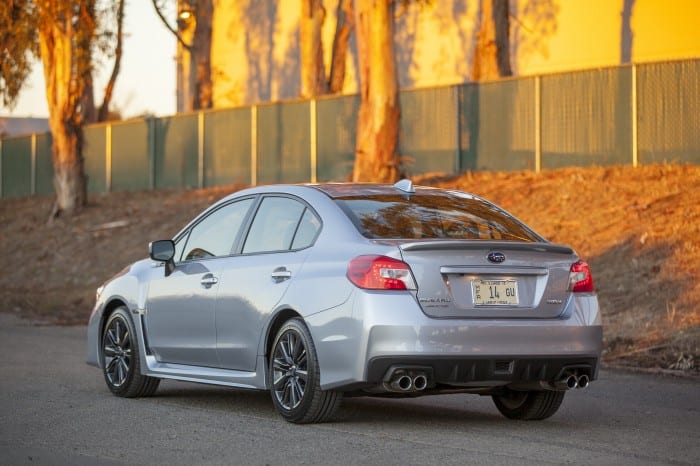 The engineers had big ambitions when they developed the new WRX. Forget natural competitors like the Volkswagen Golf R and Audi S3. They aimed to give it the prowess of a Porsche 911. The team at Subaru proudly showed charts that attested to its parity with the famed sportster from Stuttgart in the bends. But the proof is in the bratwurst as the saying goes.

On the road the Subaru feels sturdy; it’s around 40% more rigid than its predecessor. And it’s not as though that one felt flaccid anyway, so you can imagine the tangible difference this offers. Feel from the new electric power-assisted steering wheel is crisp and communicative.

The suspension is firmer than the old one but was designed to be more compliant. A lower centre of gravity than competitors and the assurance of symmetrical all-wheel drive stickiness gives it ballerina-like poise and a sharpness that will have those from Wolfsburg, Ingolstadt, Bavaria and even Stuttgart a little envious. Pricing kicks off at R449 000 for the manual while you’ll pay R20 000 more if you want the Lineartronic. There is one specification level – everything is included. All that sets the CVT apart from its three-pedal brother aside from the transmission is Subaru’s SI-Drive system with a trio of driving modes.

It has a truly extensive kit list: highlights include leather upholstery with red stitching, a sunroof, cruise control, climate control, a reverse camera and the driver gets an electrically-adjustable seat. A colour information display boasts novelties like a digital boost gauge. Subaru does offer a touchscreen interface with navigation as an extra. A three-year/75 000-kilometre maintenance plan and three-year/100 000-kilometre warranty is included.

The new WRX has grown up. Its raft of refinements will make this easier to justify getting into your garage, than the previous one was. But that doesn’t mean it has forgotten about its roots: thankfully the Scooby does justice to the heritage forged by its predecessors.