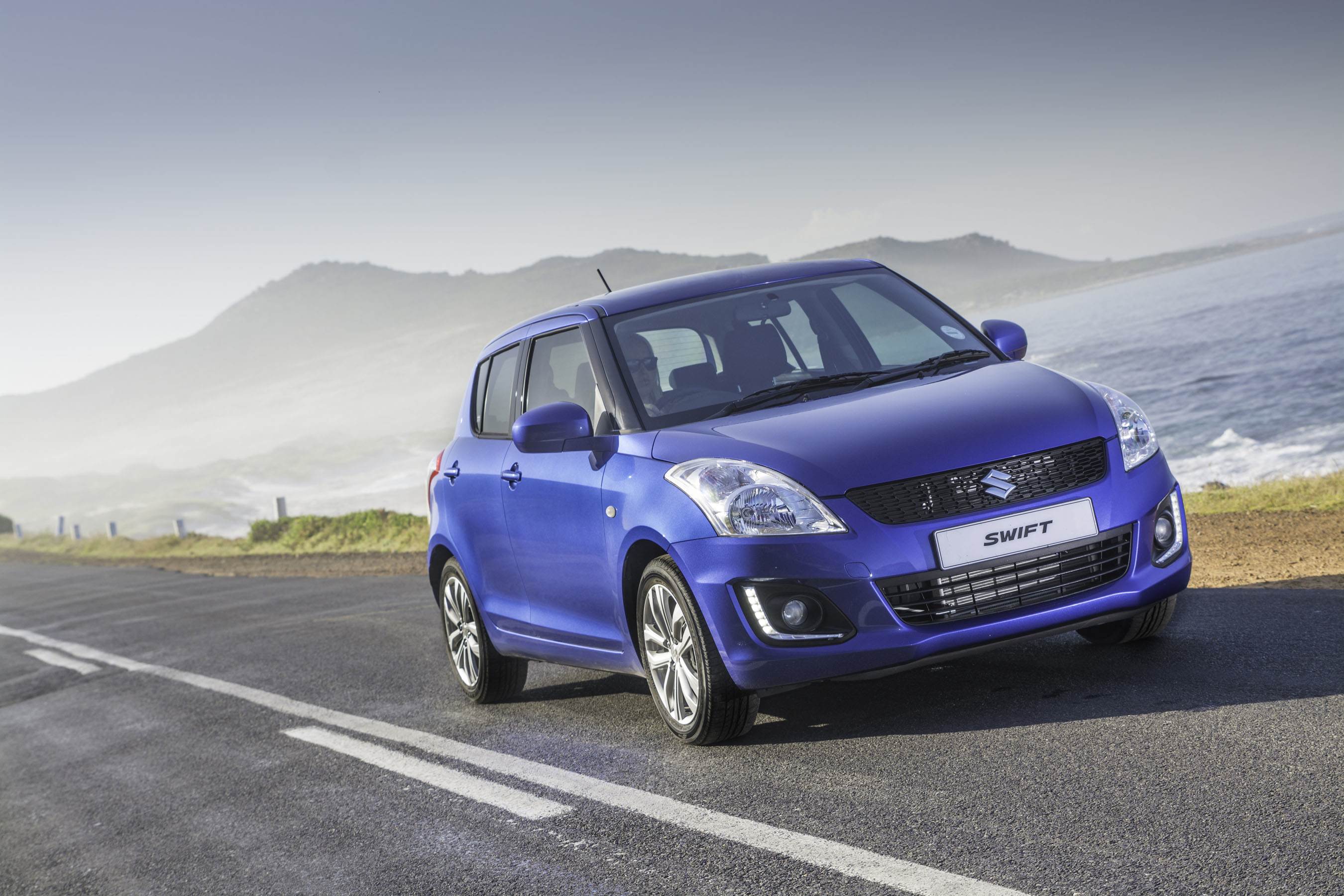 Suzuki has a diverse portfolio. But small cars are undoubtedly their forte. They seem to have mastered the art. Those seeking something small and rugged have the Jimny. If you prefer something less utilitarian but still slightly adventurous they cater with the SX4.

For city-dwellers after a car that ticks all the boxes from style to fun factor, the Swift has always been a smart choice. The funky Japanese compact hangs among our favourite B-segment picks.

For the 2014 model year the popular hatchback received some tweaks. We would not describe it as radically as a “paradigm Swift” – which the automaker wields in their advertising campaign. But the slight revisions are certainly welcomed. 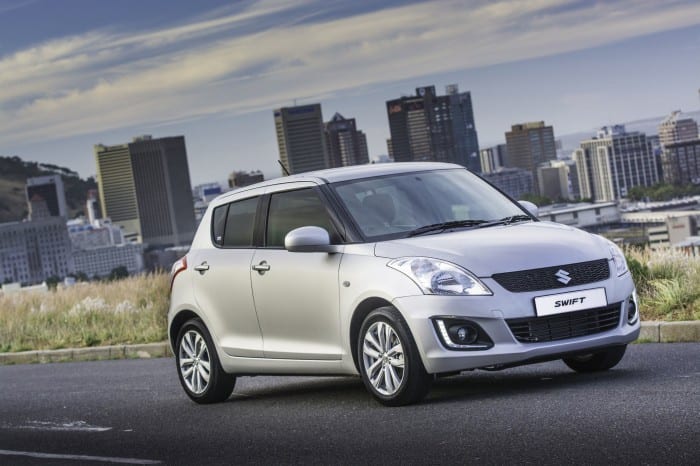 You will have to look closely to spot items like the redesigned grille. Or the new shoes it sports. Most strikingly is the addition of LED daytime-running strips on the lower section of the bumper.

Even though its last major revision came a few years back, the Swift still looks spiffy. We continue to be charmed its puppy-like stance. Details like the side window apertures, which get narrower towards the back, add a Saab-esque look to things. Black roof pillars create that floating roof effect a la Citroen DS3.

A good B-segment car is supposed to make its young buyers feel like they are moving on and up in the journey of life. Which the Swift does pretty well. 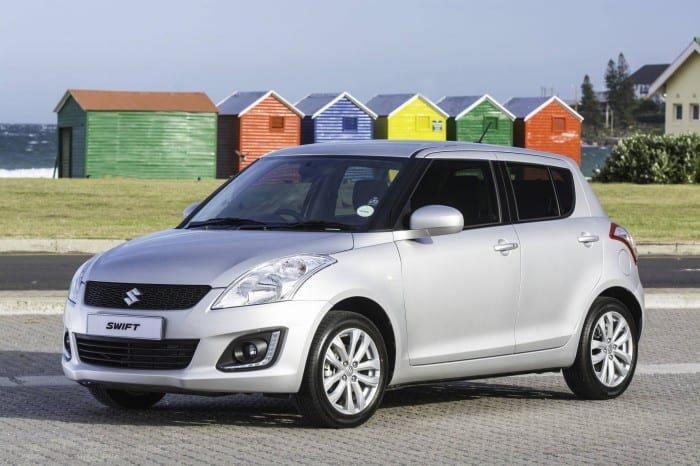 The two new features we appreciate the most are the addition of Bluetooth functionality and cruise control. The former allows for audio streaming and phone calls.

Having the virtue of cruise control is immeasurable. Especially if you are suffering from a sprained ankle, as a result of a crowded rap concert at Ellis Park. The Swift has never been miserly with the niceties. So you still get electric windows for all, climate control, audio controls on the steering wheel and a USB slot for your music.

They did forget one thing: auto-locking doors. Almost every contemporary car has this. And in a market like ours where traffic light thievery is prevalent, it should have been included. 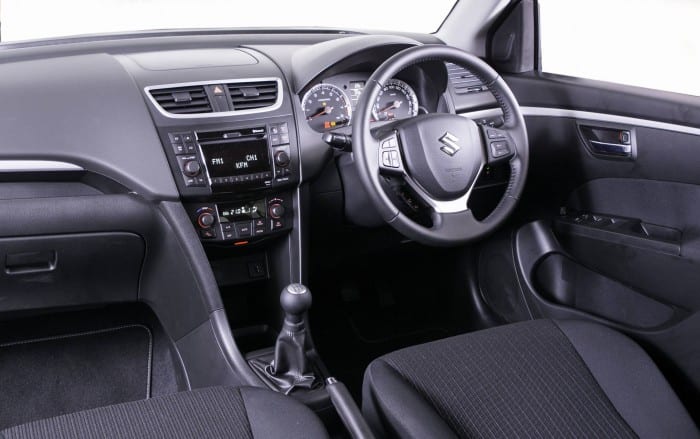 This Suzuki is neither slow nor fast. To keep things on the boil you need to keep stirring its snappy five-speed manual transmission. Perhaps a smaller mill with a turbocharger (as is the current trend) would add more fizz.

Its natural habitat is of course the stop-go layout of the city. And buyers need not fear surprises at the fuel pumps even when driving with a heavy foot. Chucking in small amounts of juice yields impressive distances.

Our stint behind the wheel reminded us of one of the sweetest points of the Suzuki: its dynamic abilities. A kart-like nature offers proper mirth in the twisty sections. The Swift feels confident on the freeway and even in the unrelenting rain that beset Johannesburg recently. 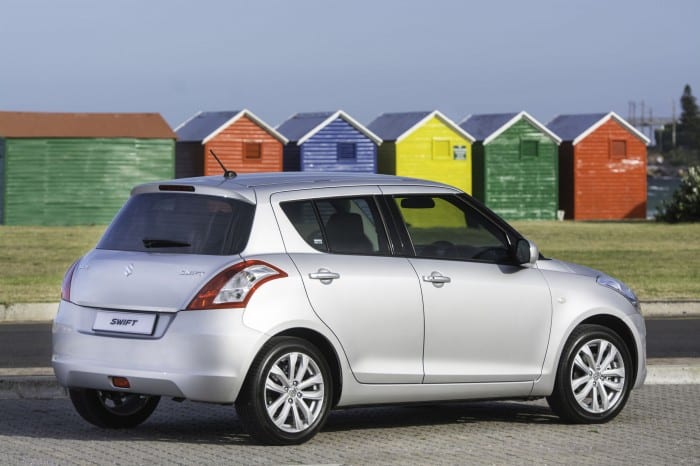 The Swift was not broken, but these subtle new fixes will do well to extend its life on the B-segment shelf.

You will not pay significantly more either: this GLS model costs roughly R2000 more than what the “old” one was listed at.

Locally the Swift is a strong seller and for good reason. It still feels like a substantial car, with smart styling, good quality levels and a healthy list of standard equipment.

Gripes: We want auto-locking doors, engine could have more fizz.