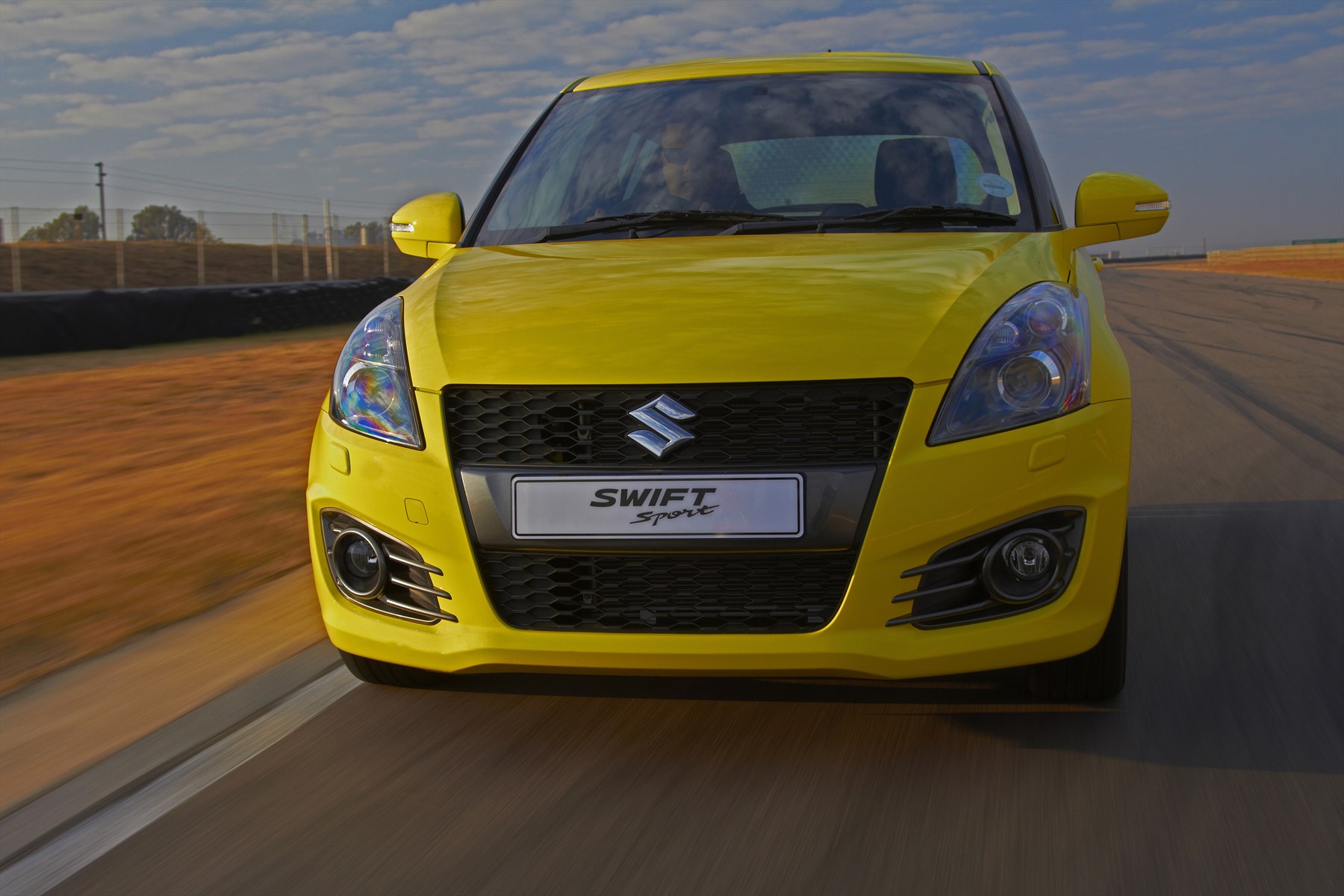 The Suzuki Swift Sport impressed driving enthusiasts in South Africa when it landed in 2009. The significantly updated model was released in 2012. We sang its praises when we tested it then. And after a recent reacquaintance, its spry character, incredible handling and low fuel consumption still impresses. 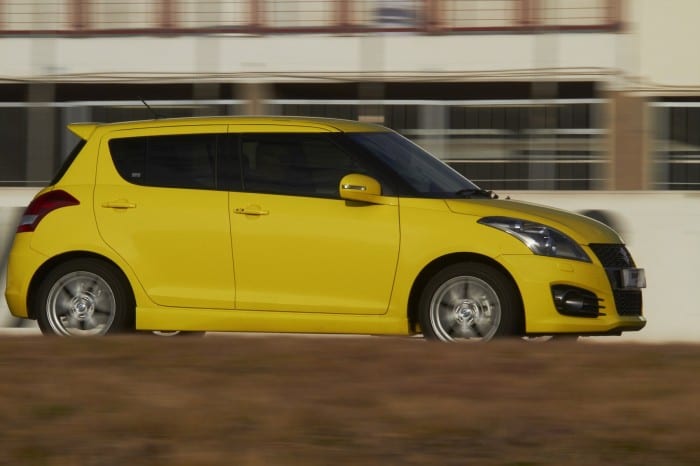 Stepping into the Swift one is embraced by snug seats with excellent padding. They provide superb lumbar and side support. The sportiness of the Swift is accentuated by red stitching and matching “Sport” decals. The colour scheme matches the accents on the driver instrument panel and dashboard.

Bold red stitching on the gearstick and steering wheel boost anticipation for the raciness it delivers on the road. The steering wheel feels like a natural fit in the hands and sports a range of convenience keys including audio controls, Bluetooth telephony buttons and cruise control.

There is not a huge amount of space in this little Swift Sport however. There isn’t enough space for taller rear passengers. The driver and front passenger would be most comfortable on longer journeys, while those at the back may need to squeeze up next to luggage, as the boot capacity is a paltry 210 litres. But there is a silver lining: the seats fold down offering 533 litres of storage space. Of course that bars any tag-alongs in the rear. 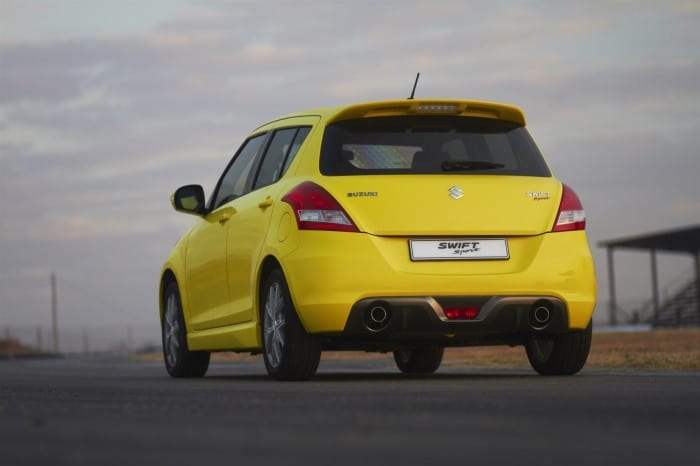 The Swift Sport has an old-fashioned interface as compared to the system in its direct rival, the Chevrolet Sonic RS. We found it fiddly to use – we had to break out the instruction manual. The Bluetooth streaming function seemed impossible to figure out. This is a pity because it has such a decent sound system. If you do manage to connect your phone via Bluetooth, hands-free calling is also a tricky affair. On the plus side there is a CD-player – which the Sonic doesn’t have – in addition to a USB slot. 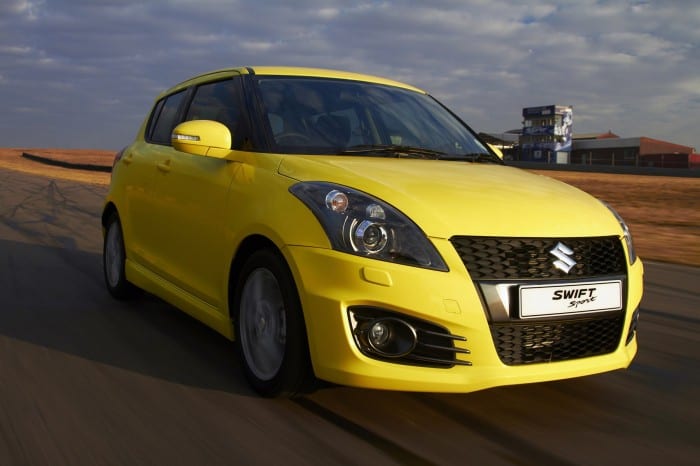 Power output remains the same, with figures rated at 100kW and 160Nm of torque. I found it eager to respond and enjoyed the direct feel of its six-speed manual transmission. Top speed is pegged at 195km/h and the 0-100km/h dash time of 8.7 seconds is fair. It does feel Swift around the city.

Suzuki claims a consumption figure of 6.1l/100km. And one of the sweetest parts of the Swift is that you can achieve close to these numbers. Even when you are making the most of its 1.6-litre engine.

You don’t have to be a racing professional to enjoy the delight offered by this frisky little warm hatchback. Which will make it an assuring choice for first-time buyers seeking a fun motoring experience. Or even for parents considering a car for their trend-conscious young ones. 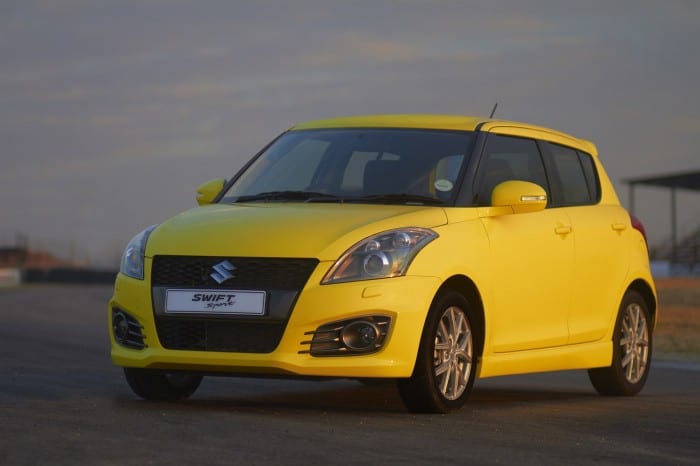 The Swift Sport competes against the likes of the Ford Fiesta EcoBoost as well as the Chevrolet Sonic RS – which we reviewed recently. Its rival panders better to the technology lovers. But for those who truly love driving and relish the feel of engagement in the process, this is for you.

For what it may lack in terms of gadgetry, the Swift compensates brilliantly in the area of dynamics. The Swift is slightly more expensive than the Sonic, by a mere R1600. But priced at R226 900 it is still easily in the realm of many young urban professionals.