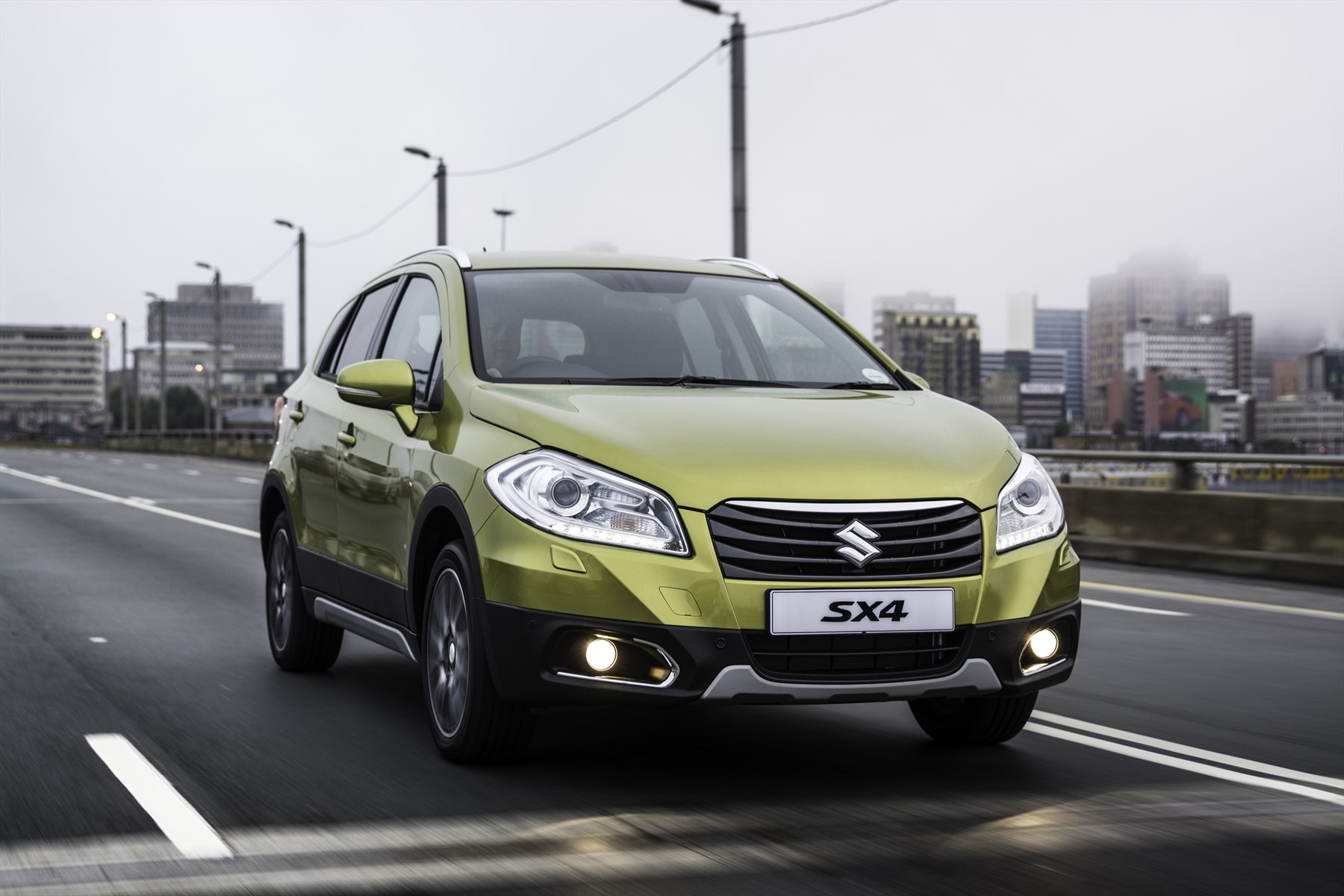 The old Suzuki SX4 pales in comparison to the 2014 model. We attended the launch not too long ago and were suitably impressed with the majorly improved newcomer. Having recently had it on test for an extended period however, some elements that spoil the overall package made themselves known. The SX4 receives a bolder and more premium look than its predecessor. It exudes an air of confidence on the road. The exterior sports sharper accents to make the car look tougher and edgier. The LED headlights and two-part combination tail lights enhance the jaunty character of the car.

The new dashboard has some silver accents that break the basic black colour scheme. Though we feel the quality could be a little better. The hard plastics don’t feel very sturdy and it rattles and squeaks over speed bumps and poor surfaces. This is annoying especially since Suzuki aims it at those with more adventurous lifestyles.

The 2014 SX4 has a lot more space than the outgoing model. It works well as a practical family chariot. It has comfy seats which (only in the GLX model) incorporate white stitching. Luggage space is ample: boot space is 430 litres with the seats up and a massive 1269 litres with the rear seats down. 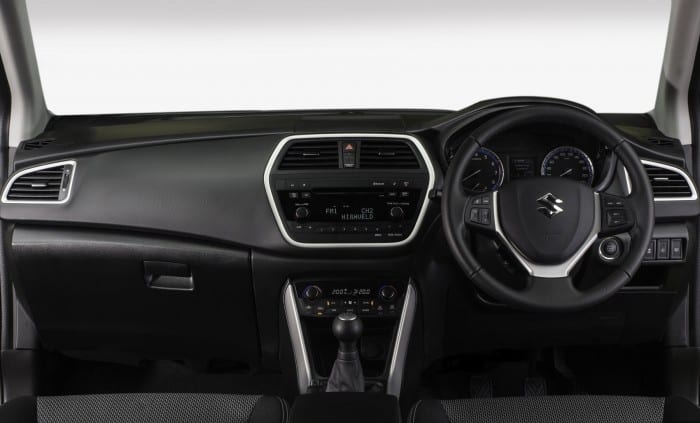 While idling, the 1.6-litre engine (86kW and 156Nm) is very quiet – but that’s where the silence ends. Its bark is definitely bigger than its bite. It’s sluggish on take-off and protests noisily when you really floor it.

At least it won’t hurt the pocket; it’s light on fuel with a claimed consumption figure of 6.1l/100km. We managed to achieve 7.2l/100km – a consequence of a heavier foot to keep the momentum up. This is the only engine derivative at present. A diesel is being considered, but don’t hold your breath.

Suzuki made sure that safety was a priority in this car. It has an anti-lock brakes, electronic brake-force distribution as well as seven airbags.  Five model grades are on offer. There are three front-wheel drive versions, while the two flagship models are fitted with the AllGrip four-wheel drive system.

Don’t be fooled by its rugged looks though. You won’t be able to take this car over mountainous canyons and hilly gravel – it works for light terrain only. Even changing into different modes (one being a Mud setting) doesn’t make a difference. It struggles up the hills and slips out from under you as you traverse sand roads.

Driving the Suzuki is not bad – as long as you’re not a speed-freak. Suzuki has always produced cars with decent handling and the SX4 is no different. On-road it’s smooth and it provides a very easy drive. 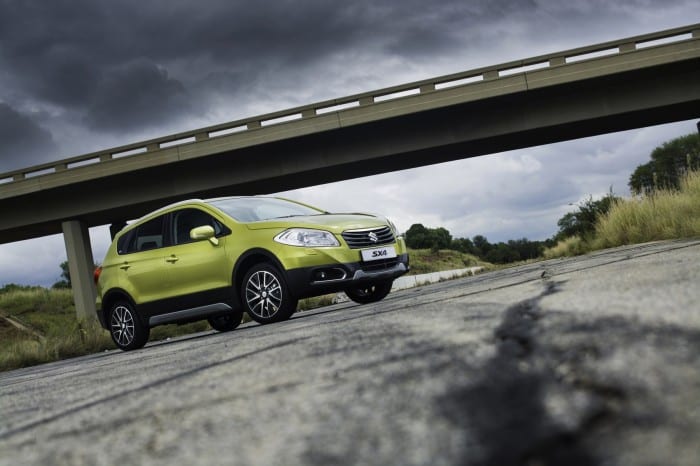 The models on the lower end of the scale are your best bet. From the GLX upwards, it’s a harder buy to justify, especially in the face of alternatives like the Qashqai which feel more accomplished.