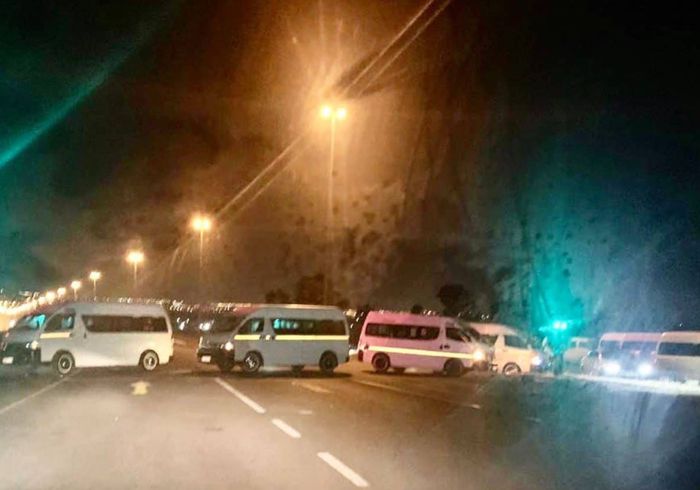 The traffic in Gauteng has been disrupted by a provincial taxi strike on Monday morning, as minibuses refuse to transport commuters and blockade major roads. Despite the fervent appeal for calm by transport minister Fikile Mbalula, the South African National Taxi Council (Santaco) fulfilled its promise to shutdown services in Gauteng.

The new strike action comes in the midst of rising tensions between taxi unions and government following a prolonged coronavirus lock-off that has seen a major deficit in public transport.

Mbalula announced that government provides a once-off-bail out of R1.1 billion to the industry in a last-ditch attempt to stop a taxi strike, which is now making thousands of commuters as unwelcome as the South Afrikan economy attempts to revive itself. Santaco argued that this was not enough, but that the Monday morning commute would be boycotted in addition to higher fares in an attempt to recoup losses.

Mbalula claimed that the government just did not have the money to meet the demands of the groups, which on Sunday evening begged “not to go to war” with the administration. The Minister of Transport reiterated the unrealistic and untenable expectations of the taxi sector.

Midday Mali, Santaco spokesman has pledged peaceful protest in Gauteng and warned operators not to disrupt alternative modes of transportation.