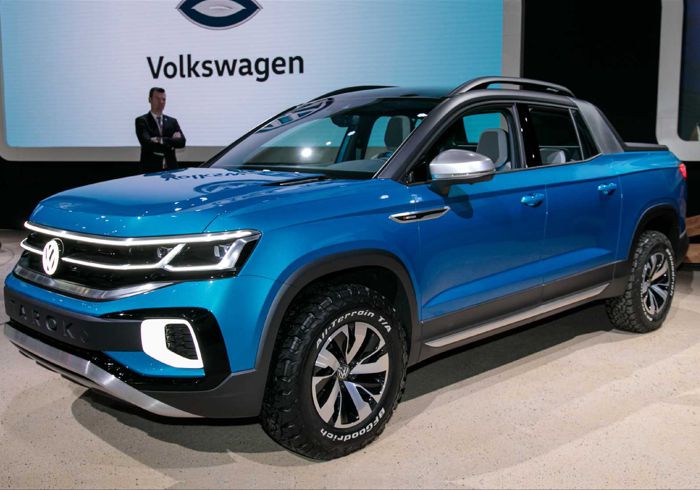 The VW Amarok set itself up as a special double-cab. VW can rightly claim to sell the world’s only luxury double-cab bakkie in the wake of X-Class being discontinued.

On Tuesday, the Volkswagen Group revealed its financial results for 2019 at a media conference in Wolfsburg, Germany, at which a teaser illustration was shown for the next Volkswagen Amarok.

It shows a very aggressive look for the upcoming mid-sized pickup truck expected in 2022. It also indicates that VW is likely to stick to the current Amarok crew cab design which was introduced in 2010. The redesigned Amarok is the pickup truck that Ford will be designing and constructing for VW as part of a wide-ranging partnership between the two inked-out 2019 automakers. The new truck is expected to be twinned with a redesigned Ford Ranger, due also around 2022.

The present Amarok is well into its product lifecycle and is due to be replaced by 2022. That will give it a remarkable 12-year total lifetime, something almost unheard of in the planning and production of modern automotive product.

However, for now, the Ford pickup to be designed for VW has only been confirmed for the South American, European and African markets, but both Ford and VW have left the door open for potentially being sold in the US. That will mean the truck will have to be constructed in the U.S. to escape the 25 percent Chicken tax on imported trucks, which is a possibility because the next Ranger would be installed at the same Michigan plant as the current Ranger. Thus, the redesigned Amarok could also potentially be built there if it is related to the redesigned Ranger.

Having abandoned Mercedes’s ambitions in the double-cab market, VW no longer has a German competitor capable of moving high-features from passenger vehicles to bakkies. VW could improve technology integration with its upcoming Amarok in combination with Ford, which has set impressive standards for active safety systems and Mobile synching in Ranger.

A curious aspect of the latest design model for Amarok is that it has only one side window, while the cabin is proportionally wide enough to be a double cabin. If you look closely, the metal side profile of the cab features a shut line, showing two doors. Does this imply that for easier cabin entry, VW should create a double cabin with rear-winged doors? We will have to wait and see…