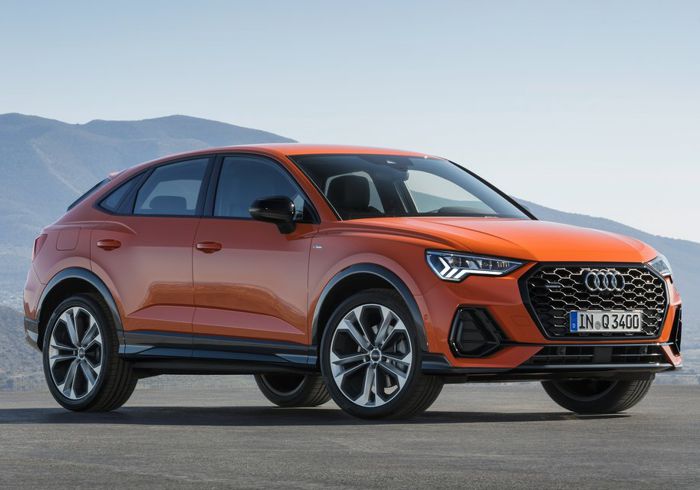 Audi is expanding its lineup with yet another crossover – the Q3 Sportback, a coupe-like version of the Q3. The new 2020 Audi Q3 Sportback gives the crossover a new look without the need for a new platform. New creases in the sheet metal paired with the lowered and sloped roof give the new crossover a sportier appearance. The new model combines the strong presence and versatile everyday convenience of an SUV with the sporty elegance and agile handling of a coupé. This makes it the first compact crossover of the Audi brand.

It’s difficult to miss the changes at the rear. The Q3 Sportback is longer than the standard model though not by as much as your eyes suggest. The Q3 Sportback is shorter which exasperates its length. To accommodate the Q3’s sportier design is a more aggressive rear-end appearance with a sculpted lower rear fascia and diffuser. 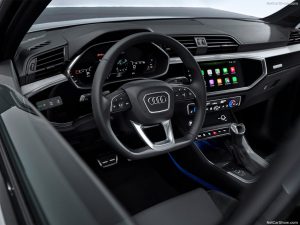 The sloped roof is one of the more dramatic design changes from the standard Q3; however, there are plenty of changes elsewhere that differentiate the new Q3 Sportback from the standard model. New, more aggressive design lines arch over the wheels while Audi lowered the shoulder line to cut through the door handles as opposed to above them. This gives the crossover a more sculpted appearance.

The 2.0 TSI and 140kW 2.0 TDI variants both get Audi’s seven-speed S Tronic dual-clutch gearbox and quattro all-wheel-drive as standard. The cabin is, for the most part, a carryover from the regular Q3, and Audi’s MMI touch display, with its wide, high-gloss black trim, is offered as an option, along with Amazon Alexa. There is plenty of scope for customization, thanks to a wide selection of colours and materials, and the Q3 Sportback also offers some advanced technological features (in Europe at least) such as Car-to-X services that communicate with cities’ infrastructure to allow drivers to predict the green-light phases of traffic lights. South African specifications and pricing will be announced closer to launch.

In the Audi Q3 Sportback, four standard systems are used for safety. These include the lane departure warning and the lane change warning. While the former helps the driver to remain in the lane, the latter points out critical situations when changing lanes, such as if there is a vehicle in the blind spot. In an emergency, it causes full braking and initiates the Audi pre sense basic safety measures. This involves tightening the front seat belts, closing the windows and the optional sliding roof, and activating the hazard warning lights. 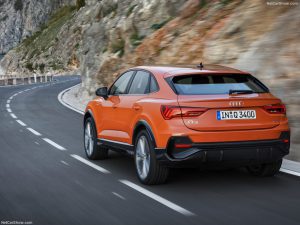 The adaptive cruise assist is a highlight of the optional systems. It takes the burden off the driver during longitudinal and lateral guidance. We can’t wait for this beast to hit our streets!