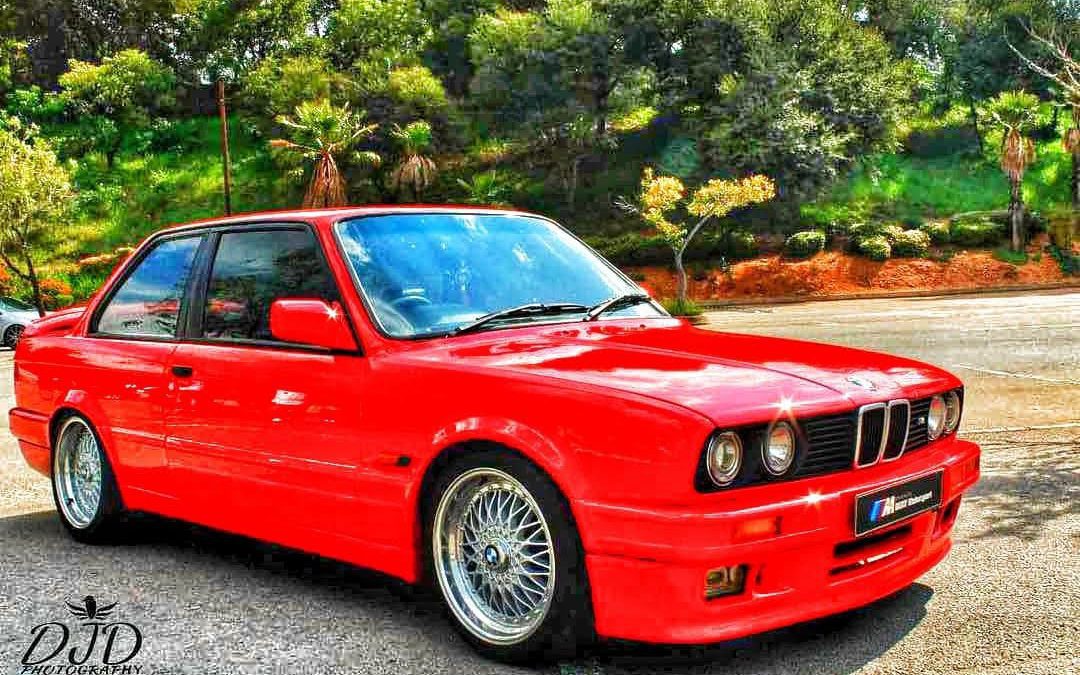 The 325iS is as notorious as it is iconic – emulating the car culture of the 1990’s in South Africa and an epochal development of BMW S.A. It should have been the BMW M3, but due to trade embargos at the time: BMW S.A had to engineer their own homologation of a high performance three-series marquee to fill that gap, replace the outgoing BMW 333i, as well as play arche nemesis to the menacing Opel GSI Super Boss – on both the road and the racetrack.

In the hay-day of Stannic Group N racing, the 325iS was both a legend in its own time – while also ahead of its time. First introduced in the late eighties, a modified upgrade of the 325i e30 – dare we call it a sacrileges 327i – but certainly not to be confused with the European-spec 325i Sport model. Between the Alpina configured 2.7l, i6 engine and dog-leg close-ratio 5-speed manual gearbox – the introductory Evo 1 model produced 145kw of power while the upgraded Evo 2 model of the early nineties produced 155kw of power both with a respectable 265nm of torque. Standard features included M3 sourced ABS brakes and Bilstein dampener-suspension, limited slip-diff, airconditioning and cruise-control. However, there was some cosmetic specification overlap between the Evo 1 and Evo 2 models – albeit the Evo 2 engine’s, unmistakeable, distinct idle-chatter. While the 325iS Evo 2 assumed the exclusivity of a full leather interior and sunroof – among many of its other distinct features – BMW S.A produced a number of Evo 1’s donned with leather seats and sunroof. However, the 325iS Evo 2 is most recognisable by its slightly lower ride-height, functional, front-end under-body air-splitter and rear-seat headrests. Nonetheless, according to BMW, they produced only five-hundred-and-eight e30 BMW 325iS, of which, one is features on our Surf4cars website courtesy of Luey Naicker.

Not every e30 box shaped BMW is a Gusheshe. The only BMW worthy of that A.K.A is the 325iS, pre-93’ model: a collector’s item for petrol-heads, aficionados and hijackers – along with the legendary 333i are extremely high-risk vehicles. No doubt a concern for Luey, as his 325iS, is by far, one of the most recognisable and desirable e30 325iS Evo 1 in the country. Boasting a pristine condition exterior and interior: stock-standard with an angelic glow. At first glance you may mistake it for a brand new Gusheshe – ‘beaming with Beemer pride.’ Bathed in a Brilliant Red hue, Luey is a member of an exclusive BMW Club, known as the e30 Elite – though a family-centred fraternity – it is their love for the e30 marquee that unites them. Which in Luey’s case, translates into a profound respect and reverence for his 325iS – with many an occasion his iS stealing the limelight while parked alongside the most exotic sportscars at the local supermarket. Exquisitely maintained, Luey was a special nominee for the 2018 Ultimate Rides competition which is an invitation-by-only event sponsored by Meguiars S.A. Automotive Care Products. Among car enthusiasts…an invite to Ultimate Rides…heralds the prestige of the Hollywood Oscars – except for cars. Based on concours originality and unfettered heritage, the car has won many a stance competition, and yet demonstrates bulletproof reliability as if driven for the first time off the showroom floor.

The e30 BMW 325iS is a significant reminder of a bygone era, somewhat nostalgic, yet void of mawkish sentimentality – Luey says his 325iS is by no means a ‘garage queen’ nor a ‘spinner’ the car is meant to be admired, driven but most importantly appreciated. According to Luey, someone offered him R480 000 for his iS, but what his 325iS has to offer – its legacy is beyond price and irreplaceable. That which represents the past, present and future: his BMW 325iS will be his sons right-of-passage – the day he hands over the keys to his son on his eighteenth birthday.