The BMW 4 Series Has Arrived 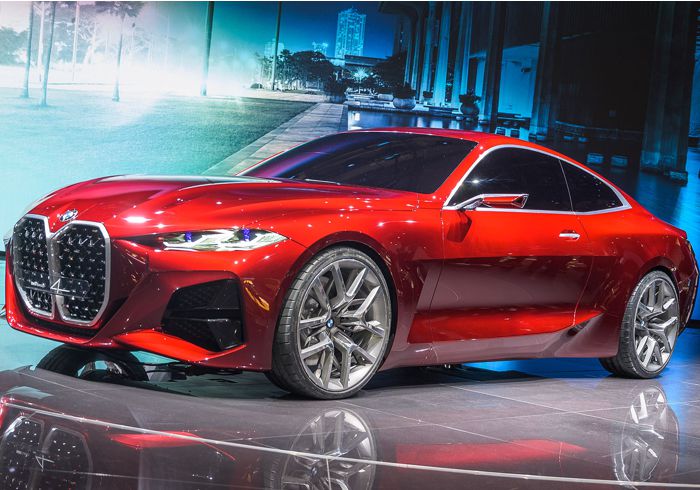 BMW ‘s new four series is proof that what’s behind the grille counts too with its turbo-loaded engines, luxurious appointments and strong automotive and driver support technology. There are several reasons to like the 2021 4 Series which BMW officially disclosed on Tuesday, ranging from its turbocharged powertrains to its robust cabin technology to advanced driver support systems. But the styling, particularly that huge grille, is the one thing that everybody will get hung up on.

Yeah, the 2021 BMW 4 Series has the expanded kidneys first seen on the Concept 4 showcar from the 2019 Frankfurt Motor Show, as well as the all-electric i4. BMW says that the grid is “framed by three-dimensional mesh surface,” so that at least some interesting detail exists, even though it loses a luster that could have been caused by bolting the European front plate in the center. Luckily, BMW claims this grille modification will not find its way to the company’s other models.

The 4 Series comes standard with analog gauges and a 5.1-inch color display in the instrument cluster, as well as an 8.8-inch center touchscreen for the iDrive 7 infotainment suite. Choose the Professional Live Cockpit kit and upgrade to a fully digital 12.3-inch display, as provided in other BMW models, and a 10.2-inch central multimedia screen. Navigation is standard regardless of model, with BMW Maps traffic data in real time. And hey, Apple and Android are both standard, finally!

The 430i comes with a 2.0-liter turbo I4 engine from BMW that produces 255 horsepower and a torque of 294-pound feet. The rear wheel drive is standard, but the 430i xDrive comes with an entire wheel drive, as its name suggests. In 5.5 and 5.3 seconds, these models accelerate to 60 mph. The 2.0-liter turbo engine is paired with an automatic eight-speed transmission irrespective of drive line.

All models of four series receive the same hydraulic lifting shock absorbers that we love with the new 3 series. This hardware eases road movements and decreases body movement but does not give up input or processing abilities in general. The damping forces, faster springs and larger anti-roll bars of the 4 Series are up 0.4 inches lower on the ground compared to the 3 Series. The M440i comes standard with a stiffer tuning of the M Sport suspension.

Finally, the Adaptive M Chassis allows the adaptive dampers to be changed automatically, but we think most buyers would prefer to have a regular suspension setting for M Sport if we have anything to do with this 3-series experience. Speed-sensitive power control is standard for the 4 Series and variable steering is provided for M Sport and M440i models.