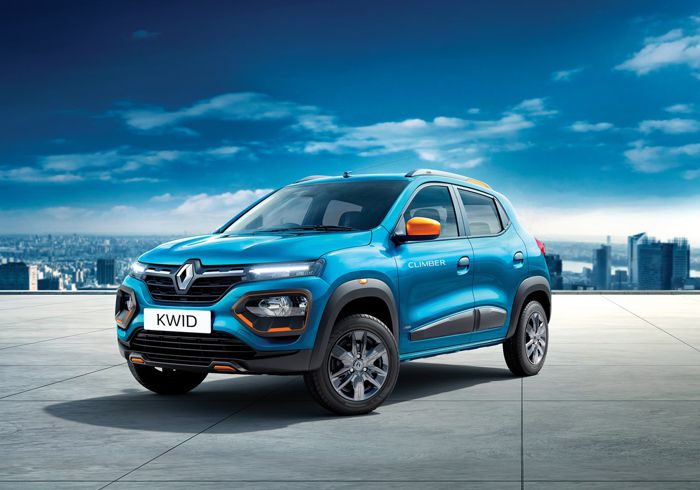 Since its inception in 2016, on average, Renault has sold 27 702+ Renault Kwids – that is seven-hundred and seventy units per month. Making the Renault Kwid thenumber four top-selling passenger vehicle in South Africa – with Renault ranked fourth overall in the passenger car market.

Moreover, with the launch of their latest edition, 2019, Renault Kwid, the trend will likely continue to dominate the miniature car segment. The new Kwid is not bigger, but it is better than the outgoing model: a new front-grille with a chrome cross-beam, LED DRL’s, integrated headlights, 14-inch tyres replace the 13-inch tyres and LED tail-lamps for more pizzazz. While the exterior design retains its striking SUV inspired good looks – tweaked aesthetics are sure to make the Kwid an aspirational purchase as opposed to a grudge purchase for first-time car buyers. i.e. instead of the Kwid being labelled as just another, “typical student car,” its status is now elevated to attract the attention of go-getter, success driven, independent thinkers who want a car that reveals a level of achievement: targeted, but not limited, at young enterprising black females between the ages of twenty-five and thirty-five – according to Renault. Market research suggests that safety is a number one priority for this demographic, of which Renault have complied: starting from the entry-level Expression model, the new Kwid comes standard with dual air-bags as well as ABS with Electronic Brake-force distribution. In addition, a revised rear-axle and bigger tyres improve both driver comfort and road holding – but ever so slightly. Drivetrain performance remains unchanged, still the same 50kw, 999cc, 3-cylinder engine mated to 5-speed manual gearbox, or an AMT transmission, depending on your pick – together produce 90nm of torque. Which is tepid by any definition, but the Kwid weighs just under 700kg giving it an advantage in both traffic-ridden city driving and on the highway. Not to mention the cost saving on petrol: the Kwid boasts a 4.7l/100km fuel-efficiency. Just a few days prior to the launch of the new Renault Kwid, Renault claimed the title as the most fuel-efficient brand in South Africa by winning the Wesbank Fuel Economy Tour with top honours going to the Renault Captur, Duster and Kwid Climber.

The miniature car segment is rife with competition, forgetting about the Datsun Go, the Kwid’s next closest rival is the Suzuki Celerio. Closely matched in performance, size, and space – albeit the Kwid loses a centimetre or two of cargo-capacity to accommodate a full-size spare tyre. But where the Kwid ticks all the right boxes is inside the cabin which now boasts a higher perceived sense of quality: new fabric upholstered seats, a new steering wheel and a digital speedometer with graphics that resemble a LED electronic turn-table music synthesiser straight out of a West Coast Miami nightclub. The top of the range Dynamique gets an 8” MediaNav touchscreen infotainment system with Bluetooth Smart device connectivity, Apple CarPlay and Android Auto compatibility. While across the range, the Kwid receives a new centre-fascia as well as more utility and storage areas with a total volume of twenty-seven litres. Other enhancements exclusive to the Dynamique range include, a reverse-camera and rear PDC. With prices starting from R144 900 for the Expression model, the Kwid comes standard with a 1-year comprehensive insurance cover, a 2-year service plan and a 5yr/150 000km warranty.