The Citroen C5 Aircross is quite the stylish SUV 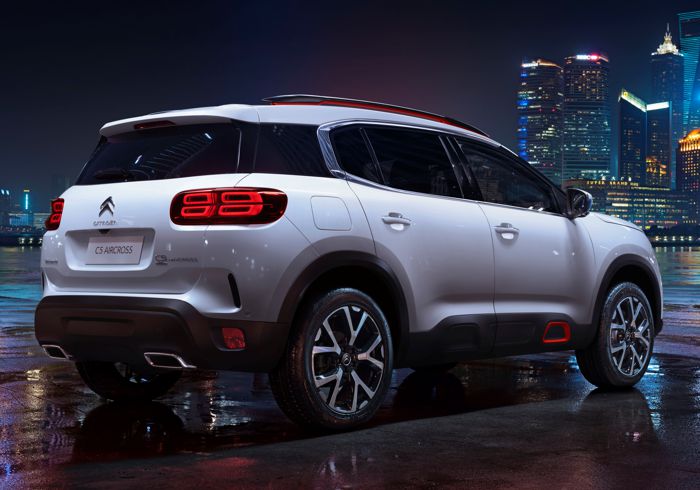 Certain car manufacturers simply make cars with functionality and purpose as the main ingredients, with aspectssuch as design and style ranking low on the priorities list. On the other end of the scale, there are brands like Citroen who pay attention to the details and assign only their best designers and creative minds when designing a car. We got hold of the Citroen C5 Aircross SUV, their range-topping model and got a first-hand experience of French design.

From the outside, the C5 Aircross looks unconventional – in a good way. Its design is eye-catching and out-of-the-box and breaks away from the norm which is quite refreshing. Personality overflows from this SUV, and as it should considering the segment it competes in. The French have taken things a step further with the here and incorporated orange accents on the C5’s exterior, accentuating its bumpers, Airbump inspired door panels, and those roof rails. Regardless of the vehicle colour, these accents add a lot to the Citroen’s overall appearance. The devil really is in the details here, like those streamlined horizontal headlamps and the uniquely designed LED taillights.

When designing the C5 Aircross the French did a thorough job, ensuring that the interior tastefully matched its flamboyant exterior. Trendy folk you’ll love this one! What Citroen has done here is combine different design elements, and materials to make the interior as distinct as the rest of the car. A contoured dashboard houses vertical air ducts and a 12.3-inch digital instrument cluster display. The digital cluster allows the driver to choose the information they want to see by switching between different themes. Front and rear seats have squares moulded into them and combe different colours and materials – very unorthodox and we love it! A standard panoramic roof gives interior occupants a full view of the sky, and after dark two ambient light strips on either side of the glass beam to life and bring an aura of sophistication to the C5’s interior.

Powering the Citroen is a 1.6 turbo petrol engine which is mildly powered for a forced induction 1600cc. At 121 kW and 250 Nm it produces similar power to some 1.3 turbo engines out there, and because of this, it feels a bit blunt on the road. Where is does shine, however, is in its ride quality. Citroen has fitted the C5 hydraulic buffers in its suspension which translate to a pleasant ride. For added comfort, the rear seats are adjustable through forward and backwards movements, although legroom in this half of the SUV is not very generous, even with the seats at their furthest rear position.

What’s nice about this range-topping Citroen is that it comes with a long list of standard features, so you don’t have to spend more to get more. At R524 900 you’ll get the panoramic roof we’ve mentioned, wireless charging, front and rear PDC with a reverse camera, a keyless system and rain-sensing wipers along with automatic headlamps. The list continues but we would need to compile a separate article to include it all.