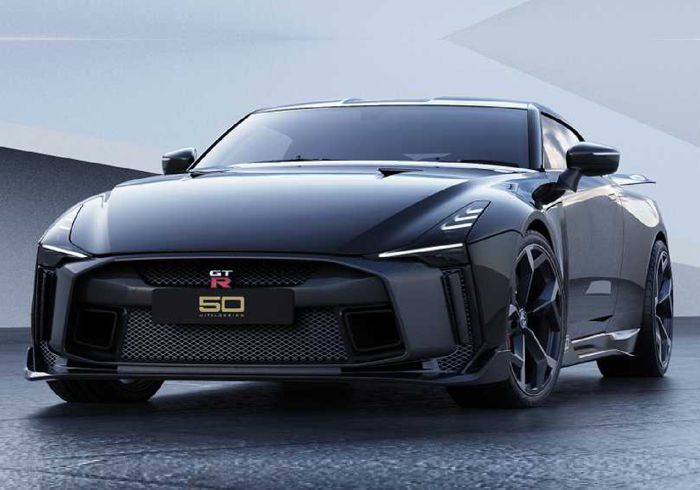 Nissan Skyline and Italdesign recently celebrated their 50th anniversary. In celebration of the anniversary, the two brands collaborated to create the exquisite Nissan GT-R50.

Car fanatics first got a glimpse of the production model in a series of design renders which were released by Nissan. The similarities between the original prototype and the production model were quite evident. Only a few features stuck out as being different and this included the addition of the traditional side mirrors as opposed to the prototype’s side cameras.

Nissan also confirmed that the very first model of the vehicle will be on display at the 2020 Geneva Motor Show in March even though deliveries of the limited-edition car will only commence in late 2020. A prototype of the vehicle was presented at the 2018 Goodwood Festival of Speed and that is where Nissan announced that the GT-R50 would enter production in a limited run of only 50 units. But before then, fans will get a glimpse of the beauty as it is shown at different locations throughout Japan. One of these locations include the 2019 Nismo Festival.

It seems that the public was eager on the arrival of the Nissan GT-R50. This was confirmed by the significant number of deposits received by the Japanese automaker for the production version of the vehicle. Customers have been filling specific personal specifications that they want so every example will be unique.

Nissan Global Sports Car Director Bob Laishely seems to believe that the customers have embraced the personalized experience that is being offered by Italdesign. Laishely concluded that because of the incredible experience with the GT-R50 he can vouch that each car will surely be a unique masterpiece.

If given the go ahead and the necessary approval and certification is given, deliveries for the Nissan GT-R50 will start in the late 2020 and run till 2021. The GT-R50 will boast some impressive specs too. With a design based on the Nissan GT-R50, the GT-R50 by Italdesign will be powered by a 3.8-liter twin turbo V6 that produces 710 horsepower and 575 lb-ft of torque. So much power, so little time!!

Now even though there will only be 50 made, Nissan says that they will have a number of limited reservations available for those that can afford the hefty $1.12 million price tag. How deep are your pockets?