Leonardo De Vinci said,” A bird is an instrument working according to mathematical law, an instrument which is within the capacity of man to reproduce with all its movements.” De Vinci had a deep fascination and love for all things aviation. One of his famous flying machine inventions called the Ornithopter, inspired by Bats, Kites and birds. De Vinci recorded his obsession on a collection of manuscripts, detailing over 500 sketches on the topic – a precursor of the modern airplanes. 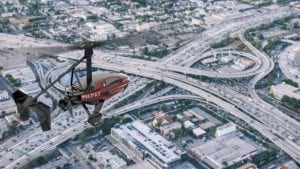 The PAL-V started as an idea to solve two problems: in 1999, PAL-V co-founder and pilot John Bakker recognized the frustration and inconvenience that air-travel presents. First, you drive to an undesired departure point, leaving behind your car, then land at another undesired location – only to find yourself without a car…or hailing a cab to take you to your next destination. John Bakker believed it was time to end the anguish. He gathered a team of both automotive and aviation engineers – experimenting with different aviation platforms. Their tests revealed that the gyroplane principle or concept would be the most practical answer. Sixteen years later, by December 2015, Dutch customers were placing their orders for the PAL-V Liberty, which debuted at the 2018 Geneva Motor Show – dawning the ‘Age of the Flying Car. Meeting all aviation compliances and flight regulations the Liberty is the world’s first commercial flying car – a coalesce of safety, performance, practicality and fun. But, is it a car, or is it a plane? Neither actually. Rather it is a road-going gyroplane, sharing the same characteristics and features of a motor car. Which include a 73kw petrol engine, a 5-speed manual or sequential automatic gearbox and ABS brakes. It has a top-speed of 160km/h and can accelerate from 0 – 100km/h in under nine seconds. It has an on-road fuel range of 1315km – sipping only 7.6L/100km of petrol. An amalgamated tricycle undercarriage, the Liberty features a Dynamic Curve Stabiliser Suspension system causing it to handle much like a motorbike…but only better. Steering input determines how steep you want to lean it into a corner. It has enough dexterity to maneuver the most congested city traffic, adequate performance for brisk freeway acceleration…and take-off. Granted a gyroplane relies on autorotation to develop lift and not engine power to turn the main rotator blades. But before you get this roadable aircraft into the air, you will still need a flight plan, a 200m long airstrip or open road, a clear airspace unobstructed by trees, houses, power-lines, and other aircrafts. It takes five to ten minutes to prepare the Liberty for flight: while waiting for the rotor-mast to deploy, then manually pull-out the tail boom, and the two-blade rear propeller. Once you clear for take-off, the sky’s the limit…literally. The world looks very different from an altitude of 3500m and once airborne – the Liberty maneuvers with the swift dexterity of a Humming Bird. At a gross-weight of 910kg, the PAL-V Liberty has a maximum cruising air-speed of 180km/h or 97kn and can fly over 500km on a single tank of fuel. 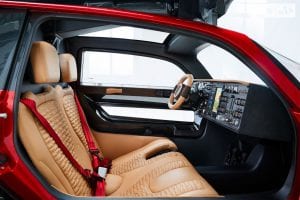 Scheduled for delivery next year, 2019 are ninety PAL-V Liberty Limited Pioneer Edition, marking the hand-over of the first set of carplane keys to its first customers. PAL-V has also planned an international marketing campaign in an attempt to penetrate non-European countries. However, before purchase, customers must first produce their driver’s license, along with a recreational or private pilot license.