The Gordon Murray T.50 is intent on rewriting the supercar rulebook 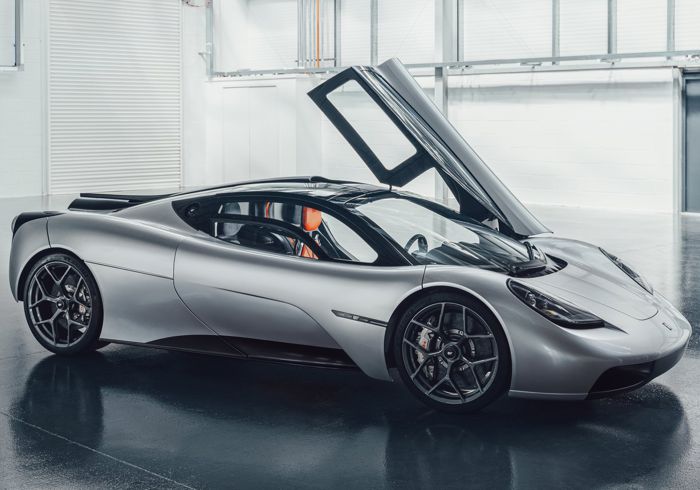 The creator of the prominent McLaren F1 has once again put on his finest lab coat and begun workingtowards creating the Legendary F-One’s spiritual successor, the Gordon Murray T.50.

Gordon Murray, for the uninitiated, has earned his stripes in automotive engineering with 50-years of experience to his name, 20 of which were spent fine-tuning Formula One racing cars. His upcoming T.50 supercar is said to be the purest, lightest, most driver-focused supercar ever built. Engineering and design of the vehicle will all be carried out by a highly skilled team of engineers from Gordon Murray Automotive, some of whom had a hand in the development of the original McLaren F1. All production will take place at the firm’s facility in Surrey, UK.

Weighing in at just 980kg and powered by a 3.9-litre naturally aspirated V12, the T.50 is breaking the rules of what a modern-day supercar should be. The Cosworth engine is capable of revving all the way to 12 100rpm before hitting redline and will produce 650hp (485 kW) and a peak torque of 450 Nm. The T.50’s power-to-weight ratio is unmatched in this league of vehicles, at 663hp per tonne. If you’re waiting for us to furnish you with its performance figures, well, you may be waiting for a while because those numbers remain unknown. Murray says he has not concerned himself with such stats, “I have absolutely no interest in chasing records for top speed or acceleration. Our focus is instead on delivering the purest, most rewarding driving experience of any supercar ever built – but, rest assured, it will be quick.”  he said.

Matted to the mid-rear planted V12 is an H-pattern six-speed manual gearbox, to give drivers the most engaging experience deliverable. Only 2 engine mappings will be available in the T.50, one which will cater for placid drives around town and a second that is programmed to unleash the 12-cylinder Cosworth engine in every way imaginable.

At the rear the T.50 has a 400mm fan attached to it, which actively controls underbody airflow to give it the most advanced aerodynamics of any road car, the firm says.  The fan design also keeps the vehicles design smooth, void of protruding spoilers and scoops normally associated with this breed of car.

Gordon Murray’s approach to the T.50 design was to shed as much excess weight as possible, hence it’s sub-tonne mass. From the inside out, the car is a purpose-built and functional. It also incorporates the jet-fighter style driving position found in the F1, with two additional seats on either side of the driver.

Production of the Gordon Murray T.50 is underway and at an advanced stage says the firm, and only 100 lucky individuals will be taking delivery of this thorough-bred performance car in early 2022. Admission onto this list will cost you over £2 million before taxes, that’s past the R50 million mark for South Africans including import duties.