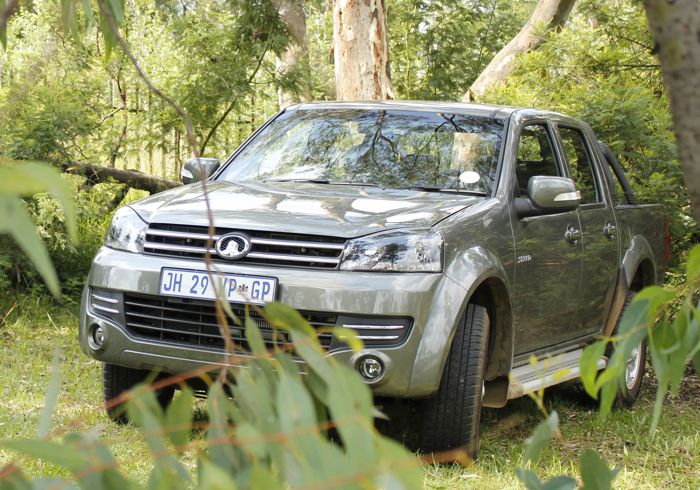 My first review or experience of the Steed 5E Xscape was in 2015. Being a Chinese vehicle, I did not expect much from the new comer and reviewed it based on its individual merits. Overall, I was pleasantly surprised and predicted the Steed 5 would be a sales success. Fast forward five years later – I was right.

Competitively priced at R284 900, the Steed 5E Xscape is quite a handsome “Bokkie.” Featuring a bold face, slatted chrome grille design, a sporty side-on profile and an excellent build quality: an in-silhouette resemblance to the Volkswagen Amarok – which is a good thing. The interior has all the fundamentals of the modern age: comfortable and roomy with all-round electric windows, climate-control, a touchscreen infotainment system and a multi-function steering wheel. I was hoping GWM would have by now installed more cupholders and utility areas, which is a sore point for me personally, particularly in the rear and a reverse-camera. Nonetheless, the GWM Steed 5E may not deliver the amenities I expect of it, or features which I think it should have but it does deliver! No bells & whistles, no empty promises, just an honest and hardworking bakkie. Like any steed, it needs some spurring particularly from 1st gear, both throttle and clutch modulation will help ease the initial spate of turbo-lag from pull-off but once you are on the open road, the Steed quickly hits its stride. With each gear delivering short bursts of torque, keep rowing until 6th gear and the 110kw, 2.0l turbodiesel drivetrain quickly settles to a demure cruising speed: between 120km/h and 140km/h is the sweet spot. Pushing out 310nm of torque, the performance is respectable but it is a bakkie…a go anywhere and everywhere kind of bakkie: gravel or sand, tarmac or mud. It makes more sense to own a bakkie in South Africa than it does a hatch-back. Our roads are riddled with potholes and various surface deformities, not to mention traffic – the potholes you can drive over and dirt roads are an easy detour to avoid traffic. Moreover, there is always that friend, relative or neighbour who needs the help of a good Samaritan with a bakkie, to move a couch or a refrigerator – which explains why all-of-a-sudden I had more friends and distant relatives than I could count. Which is great but lay boundaries with people and learn to say no! Anyway, let’s move onto the rest of the story – my story – which started on the first morning of driving the Steed 5E Xscape

My daughter’s school is out along a dirt-road, due to the torrential down-pour the previous night, the road was water-logged, pitted and heavily corrugated – strewn with pebbles and mud from the water run-off. Traffic-lights were also out-of-order that morning and our usual twenty-minute journey to her school had been extended to sixty-minutes, according to the GPS. Locating the dirt-road that links-up with the road to my daughter’s school, I was unaware that the second half of the 15km route was undriveable due to the heavy rain. The first eight kilometres was tolerable, heavily corrugated sections would unsettle the Steed 5’s suspension a bit but with steering shock at a minimum I comfortably governed my speed between 70km/h and 90km/h. “Macho dad driving his little girl to school – off-road – in a bakkie, is epic!” That was until we reached the halfway point of our soft off-road excursion: a deeply furrowed and pot-hole marked slippery turf that stretched for about six kilometres. Fortunately the Steed’s 198mm ride-height gave me enough clearance to traverse the high ridges and deep trenches without scraping the under-carriage of the bakkie’s ladder-frame chassis. But there was a point where the 235/70 R16 tyres were struggling for traction, due to the mud, and I could not get out of 1st gear. The loss of traction thankfully engaged the Steed’s e-diff-lock, a slight press of the throttle-pedal, maintain a speed under 30km/h – and the bakkie limbered on. “Do not underestimate the GWM Steed 5E, for a 4×2 entry-level division bakkie – it demonstrates an above-par level of capability and expectation.”

Arriving at my daughter’s school with thirty minutes still to spare, and an ear-to-ear grin that contorted my face. Just before she egressed, with a big smile on her face, my daughter said to me, “Dad no more Rally Cross – just go straight to work.”