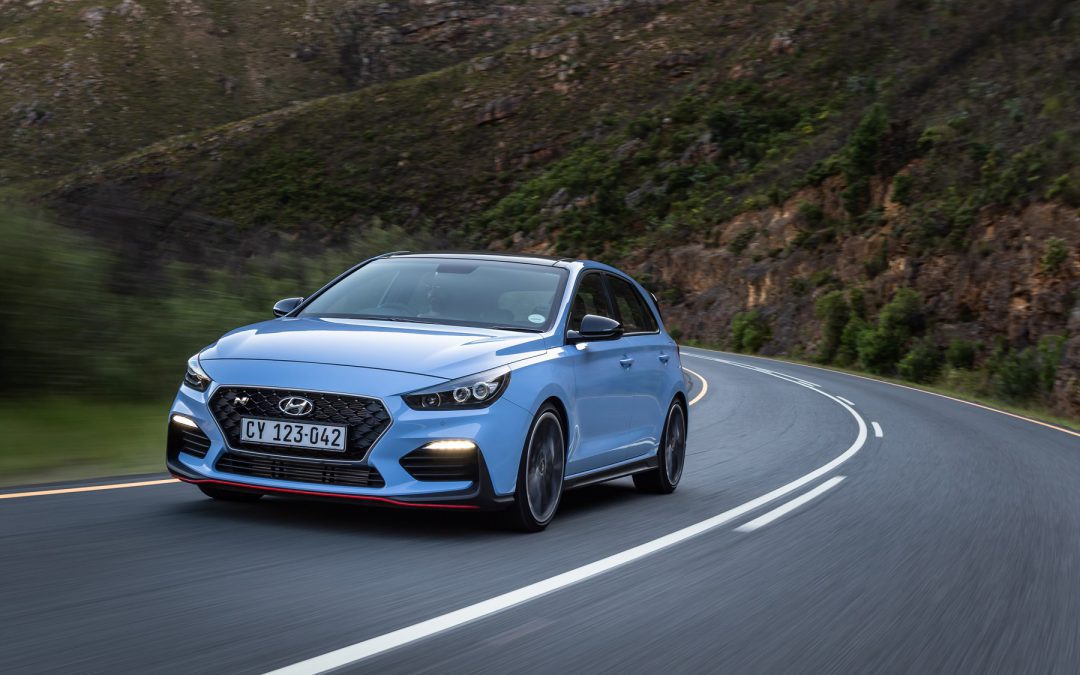 In the world of hot hatchbacks, certain Germain players have dominated the playing field in South Africa. At the top of the list are the Volkswagen Golf GTI and Mercedes-Benz A45, which are arguably the two most prominent of the bunch. However, every once in a while there comes a player set on disrupting the system, and whether people recognise the talent or not, is neither here nor there.

The Hyundai’s i30 N is the player in question here. Introduced in 2020, it made a subtle entrance into the motoring space, and only those who’ve had a first-hand encounter with the Korean will truly understand why it’s so noteworthy. Fortunately, we were allowed the opportunity to acquaint ourselves with the hot-hatch that has set tongues wagging amongst automotive journalists since its arrival on South African Soil.

Still images don’t do this vehicle enough justice. Yes, it looks unique and will set you apart from the many of GTI’s looking for a quick dice at every other intersection. Its design is quite sporty and simply clean in the way it has been carved out. Instead of power bulges and sharp edges, the Koreans opted for a smooth silhouette – this is where the i30 N can be truly deceiving. We appreciate the attention to detail here with features like a black spoiler, seamlessly integrated into the Hyundai’s boot, and the triangular brake light at the centre. Splitters and vents are present in the front and rear but are subtle enhancements in this vehicle.

If you’ve allowed yourself to be deceived by the polished exterior, you’ll be in for a surprise when you hop into the driver’s seat. Before you have the opportunity to dial things up and explore its talents, the i30 N feels solid and planted on the road. The steering wheel is meaty and weighted, giving positive feedback and inspiring heightened confidence in the car. From the word go, it lets you know that it wasn’t built for straight lines and that in the corners and bends is where it wants to be. There’s no denying this.

Its one of the manliest hatches out there, with the exception of the Honda Civic Type R which we haven’t driven yet. The i30 N has fur on its chest and we wouldn’t have it any other way. You see, the one thing that became apparent very quickly was that this isn’t the type of car you want to drive every day. No. It leaves you in constant frustration with its unyielding desire for twisty roads, and honestly, the feeling is mutual. Once in its natural habitat, you’ll learn all about its handling traits. It’s not a point and squirt vehicle. This is a drivers’ car and has phenomenal grip to go with it. It’s engaging to drive and clings onto the tarmac with all four wheels no matter the lateral G-forces, and there’s no understeer. All of this shouldn’t come as a surprise considering that the man behind the Hyundai’s wizardry is Albert Biermann, former top brass at BMW’s M division. Sporty racing seats will keep you firmly in place and are a solid match for the cars handling antics. What’s nice is that they also offer a reasonable amount of comfort.

We love how you can configure every part of this vehicle to the way you want it. From the steering wheel feedback to its suspension dampening – which unlike most vehicles with sports credentials, Hyundai’s noticeably alters the ride quality from normal to firm and go-kart-like. The exhaust can also be opened up to produce a deeper engine sound with all the desired pops and bangs. The Hyundai i30 N may not be the quickest in its segment, but that’s irrelevant because its a driver-focused car and not for talentless straight-line warriors.

Does the Hyundai i30 N come in automatic?

Part of this vehicle appeal is that it’s one of the very few in its class available with three pedals and a manual gear lever. Shifts are short and direct, which is how they should be in a car of this nature. The clutch is meaty and has positive feedback – Biermann’s influence is undeniable in this vehicle. As things stand, the i30 N is only offered with a six-speed manual gearbox, which will blip to match your revs on downshifts when driving in the ‘N’ sports setting. Certain overseas markets have been given the option of an auto in the 2021 i30 N spec. At this stage, we cannot confirm whether or not we’ll be recipients of this dual-clutch gearbox.

How much is the Hyundai i30 N in South Africa?

When pitted against what is arguably the most popular hot hatch in the country currently (Golf GTI), the Hyundai i30 N is set apart as being an authentic sports hatch with honest and engaging character traits – which is hard to find nowadays. The Golf will be the more user friendly as a daily driver, and won’t require as much driver participation or dare we say – skill. From a price and value perspective, the i30 N is on par with the only GTI currently on offer, the limited edition TCR (R675 700). It is essentially a standard GTI with higher outputs (213 kW & 380 Nm) and some aesthetic tweaks. It will be interesting to see how things stack up when the Golf 8 GTI arrives in the second quarter of 2021.

One thing we’ve come to appreciate with Korean vehicles is that they generally come fitted with a lot of optional features at no additional cost. That recipe has remained the same here. The i30 N comes in at R679 900 with a good amount of standard tech and features, including a panoramic glass roof, which adds to its visual appeal.