The Mazda 3 receives the breath of life, but what does this mean for the Japanese hatchback? 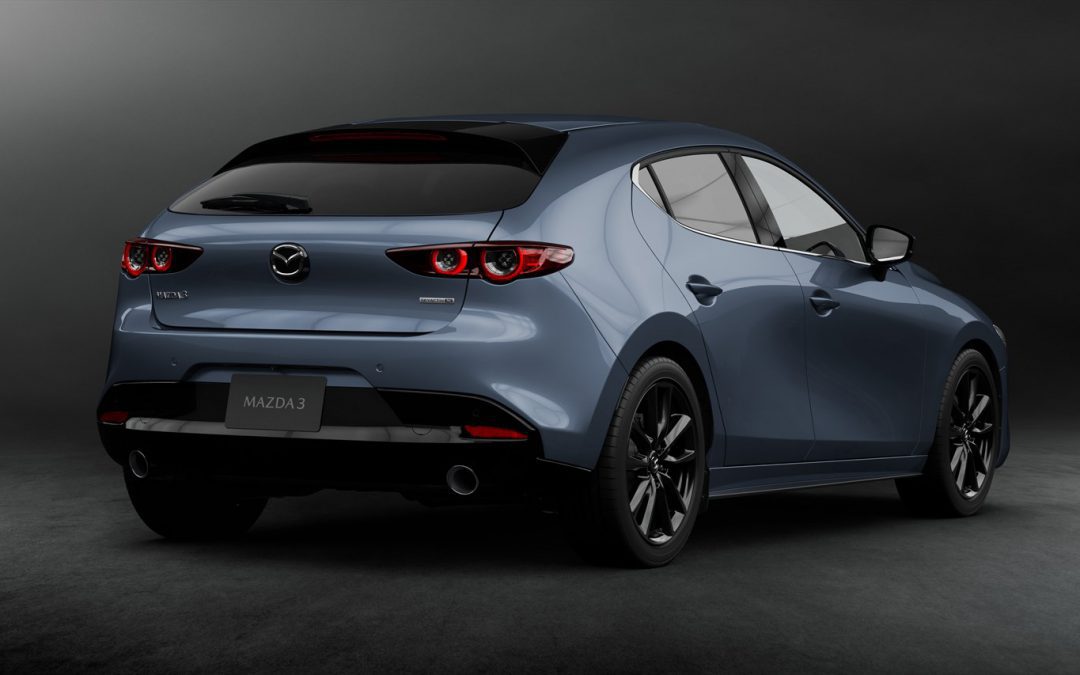 There are very unique and special occasions where automotive engineers and designers step up to the drawing board and the end result becomes something remarkable. In these instances they flip the script on a product and leave everyone in awe of their creative work. We believe that this was the case when Mazda’s finest men and women received the brief to spruce up the Mazda 3 and come up with something modern and visually enticing. Whatever substance was consumed before commencing the brainstorming session – it worked!

The exterior designers may have taken a slightly stronger dosage of the mystery substance because wow, the 2020 Mazda 3 hatch is a beautiful vehicle. It has retained its core blueprint externally, only now appearing sharper and more streamlined. The Mazda has taken on a more dynamic and sportier look and we’re not complaining. A new grille and slim squinting headlamps grab your attention when viewing it from the front, while blacked out mags add to its sporty appearance as you move towards the rear of the car. Here things are also kept very tidy with a black integrated rear spoiler and a set of narrow taillights housing circular bulbs. If eye-catching had a face this would be it, the likes of VW Golf pale in comparison.

Since 2020 is a significant milestone for the firm, marking hundredth year anniversary, certain vehicles have been manufactured with “100 Years 1920 – 2020” emblems on the exterior as well as the inside to commemorate the occasion, and our test car was one such special unit.

Now it isn’t just the Mazda 3’s exterior that’s been the recipient of life-giving breath, the interior was also breathed on by the motoring gods and the result is equally impressive. The cabin now exudes an air of premium, which is very a pleasant introduction to the cosey space. Everything in here looks new, from the centre console which has a fresh layout and is finished in a gloss black, to the infotainment screen neatly integrated into the dash. The display now boasts a new and upgraded system which is visually more appealing and user-friendly, and is also equipped with smartphone mirroring. A new and redesigned steering wheel is another upgrade the Mazda has to boast about. What’s even more impressive about this space is the use of colour and materials in the 100th Anniversary series cars. A three tone colour scheme is part of this package, with Burgundy red leather seats and floor mats while the width of the dashboard and door panels are covered in white leather trim on a black backdrop. It’s a visually striking combination.

Where the Mazda loses points is between the two rear doors. With a sloping roofline, rear seat occupants, especially the individual perched in the middle cannot sport extravagant hairstyles because your head will most certainly rub against the roof. There also isn’t much legroom for adults in this half of the car, which is disappointing considering that smaller vehicles like the Hyundai Grand i10 have more legroom to offer. It makes you wonder where the Japanese went wrong.

The Mazda 3 comes with the option of a 1.5-litre petrol engine mated to a 6-speed manual or auto, and a 2.0-litre which is only available in automatic. We were unfortunate enough to drive the 2.0-litre without the manual, and despite it being the more powerful of the two drivetrains, it just wasn’t enough and was rather disappointing. You see Mazda, despite the automotive industry going forced induction, has remained the same and refused to utilize turbochargers in their cars. As a result, their vehicles feel dull to drive and even worse when paired with an automatic transmission. The gearbox behaves like a CVT, holding gears for too long and putting the engine under strain, which produces a frustrating noise. It’s been 100 years, at some point the brand will have to give in to the new way of doing things. Where road handling concerned the Mazda wants to lean more towards the sporty side of life. When pushed to prove its athleticism, the Japanese hatch falls short and fails to deliver on the goods. Good attempt though.

This new Mazda 3, whether in 100 Year Anniversary trim or standard is a big leap for the brand. From the inside out the Japanese have done a sterling job, elevating the standard to premium, and at a reasonable priced too! (see below) It falls short of greatness due to the ancient non-turbo engines that the brand continues to utilize. With that said, there is a ray of light beginning to show at the end of the tunnel. A 2021 Mazda 3 has already rolled off the assembly line and is said to be turbocharged – finally!