The Presidential Seat in BMW’s 7 Series 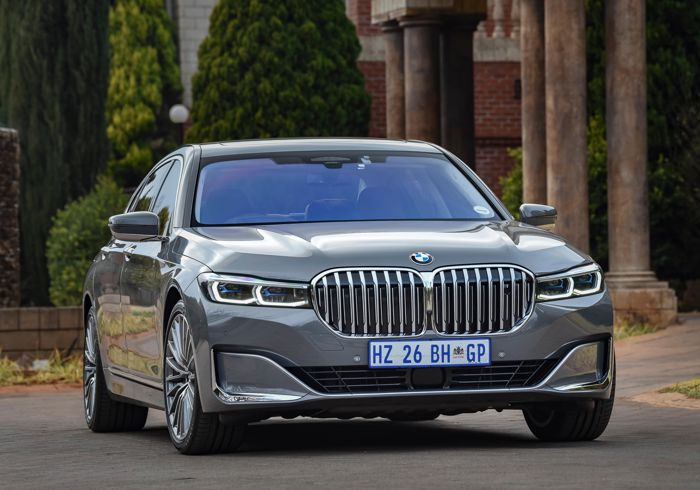 Most times when manufacturers replace a model with a completely new version, the successor is met with satisfactory approval and acceptance, generally only based on the vehicle’s appearance. When BMW introduced us to their latest version of the 7 Series 2019, the out of the box design with its many sharp edges and corners had many divided in opinion. The fact that it was accompanied by what was arguably the largest kidney grille witnessed on a BMW didn’t do much to mute the critics. This new design isn’t the finest exterior blueprint to come out of Munich, with some even likening it to a more budget-friendly option from the Asians. Regardless of how some may feel about the new 7’s exterior design, one thing it does garner inquisitive eyes from onlookers. This is partially due to its undeniably vast size as well as that enormous kidney grille at the prow.

You would need to be visually impaired to miss the new kidney grille – BMW says it covers 40% more surface areathan the one it replaces. Again, it won’t appeal to everyone, although if you spend enough time looking at it you may start to like it.

The 7 is a naturallylarge vehicle, and as the halo model of the German brand, it’s commonly used to ferry elite individuals as well as heads of state in luxury and safety. This barge on 20-inch wheelsis offered in two bodies for its distinctclientele; a standard version measuring 5120mm as well as a long-wheelbase variant which has an extra 14mm of length. Inevitably, the new 7 has grown by an extra 22mm from its predecessor with its width remaining unchanged. If you haven’t been acquainted with this model’s generous interior space you won’t feel short-changed.

Of course, the interior is where you’ll be spending most if not all of your time, and  BMW has accounted for this with premium soft-to-touch hide covering much of the 7 Series’s innards. As journalists we spend our time perched in one area of the vehicle – the front right side – very seldom do we venture into other parts. However, when evaluating a vehicle who’s clientele prefers to be chauffeured while attending meetings and pondering over their next move, assessing the vehicles rear quarters becomes a critical part of the evaluation.

As you can expect from a vehicle of this calibre, the rear seats are fully adjustable for the most comfortable seating position when one isn’t in the pilots’ seat. The “presidential chair” on the rear left offers a higher level of adjustment and will allow the passenger to fully stretch its lower section, giving the occupant room to fully stretch their legs. From this position, the passenger has full control of the vehicles blinds, sunroof as well as the audio system through its command tablet neatly nestled in the armrest. The same standard of excellence is maintained throughout the rest of the vehicle, with superior dampening on offer to treat its occupants to a wafting cloud-like experience facilitated by the air suspension.

Sit at the helm and the 7 Series’ large size becomes immediately apparent. It feels like a very long and wide vehicle, although its proportionsdon’t translate to heaviness on the road – it’s quite the opposite. With a 3l 6 cylinder petrol in the 740Li we tested, it has enough strength at 250kW and 450Nm to waft along effortlessly and will hurl its nearly 2-tonne mass in any direction with respectable pace.

Admission into this elite range will cost a little shy of R2 million before any options are selected.