The vehicles that stood out in 2021 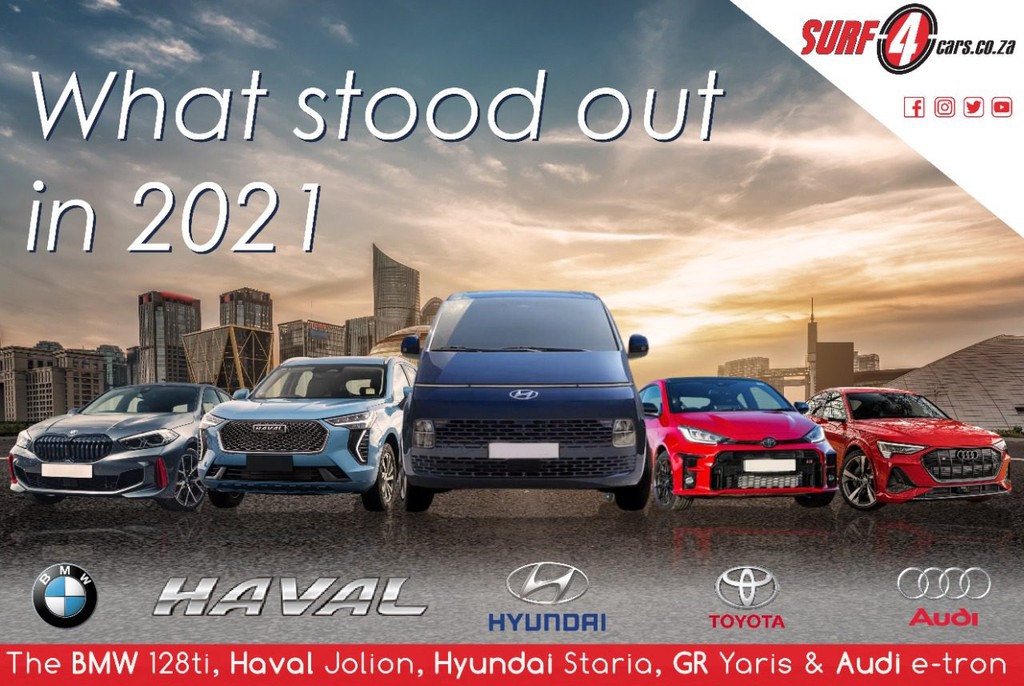 2021 had without a doubt been filled with many ups and downs – a replica of the year before it. But we’ve lived through the pandemic and experienced some interesting vehicles while doing so. These are, what we think were the best vehicles of 2021.

The four-ringed German brand announced in 2021 that they would have an electric (e-tron) version of every new model by the year 2026. A very bold statement in the face of climate change and a rapidly transforming motoring landscape in pursuit of sustainable energy sources like electric energy. Well, these weren’t merely words from Audi, because the first e-tron model silently rolled into Mzansi during the last quarter of 2021, and although Audi South Africa has remained silent on the arrival of their first electric model – we have a good feeling that the silence will be broken in 2022.

Toyota promised us a hot-hatch like no other, and they delivered! The Toyota GR Yaris has been one of the most eagerly awaited cars in 2021, and it came through with thunder and lightning. What makes this vehicle so special is the fact that it’s powered by a 1.6 litre 3-cylinder petrol engine, the most powerful production series 3-cylinder in the world. It also has an AWD system that can send 70% of its power to the rear axle, for a rear-wheel bias. Handling in this little hatch is phenomenal, from a homologation rally car available for public purchase. It will be sold in limited numbers, making it a collectable and possible future classic.

What shook us to the core with Hyundai’s new Staria is that the brand took a concept vehicle and turned it into a production car – with no alterations. The Staria looks like something belonging to the future, a one-of-a-kind bus with unique styling cues. Large windows give passengers a feeling of openness and space, and it can be had in different seating configurations. There’s a nine and eleven seater, depending on what your needs are as a customer.

Although it may seem like another 1 Series from the German manufacturer, there’s something truly special about the BMW 128ti. Traditionally, the brand has always gone up against its rivals using a RWD system, but in 2021 BMW broke the mould and created their first FWD hatchback in the form of the 128ti. It has all the characteristics of a FWD hatch and is an engaging machine to pilot, with torque-steer and sharp steering that can turn on a dime. The BMW 128ti brings the fun back into its segment and is a one-of-a-kind Bimmer.

In 2021 the Chinese were on the offensive, and part of their strategy was to introduce an SUV that would disrupt the segment – the Haval Jolion. It’s a superbly designed vehicle inside and out while offering premium tech and features. What Haval did here has made South Africans sit up and take notice, and there’s no doubt that the Jolion will be a successful product. The Kicker? Well, it’s the price. It undercuts its competitors by a margin while offering premium looks and more features. This one came from the left, but we love it.

With both feet now firmly in the new year, we have a lot to look forward to in 2022, from new models to facelifts. We’ll be uncovering all of 2022’s goodies in our next article.