This is the lightest, most aerodynamic and driver-focused supercar ever built 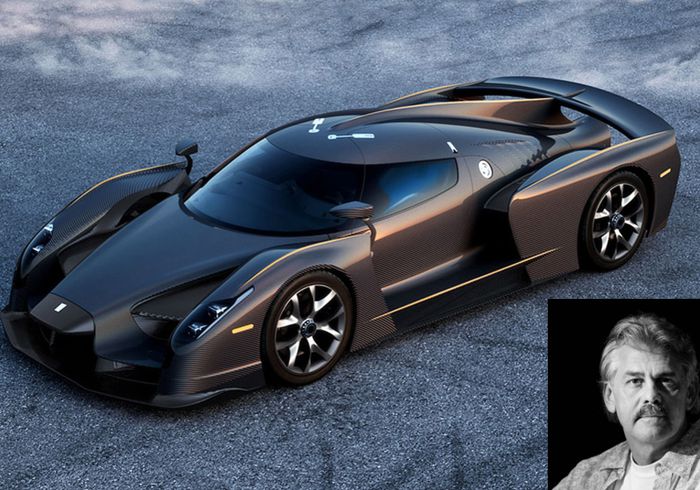 “The future of true performance cars lies in shedding weight Intelligently”. That is according to Gordon Murray, owner of Gordon Murray Automotive & Design and the penned designer of the T.50 Supercar. Gordon Murray was born in Durban South Africa, where he studied mechanical engineering at the Natal Technical College, (Durban University of Technology), now an honorary Professor. He was appointed as Technical Director at McLaren from 1987. There he both designed and conceptualized the world’s fastest production car of the twentieth century – the McLaren F1. And now in 2020. Murray is about to make history once again with his next concept car – the T.50.

The world’s lightest, most aerodynamic and driver-focused supercar. Murray shares details of ground-effect ‘fan car’ innovation that rewrites the rulebook for road-car aerodynamics. First, let’s talk about its power and performance: rear-wheel-driven and weighing a mere 980kg. Employing iStream Technology, invented by Gordon Murray Design Ltd, the T.50 boasts a pre-preg monocoque, full carbon-fibre body, propelled by a 484kw, 3.9l, i4, V12 engine – ‘yes four cylinders only’ – mated to a 6-speed manual-rowing transmission – together produce 450nm of torque. The car’s bespoke Cosworth V12 will be the highest-revving road car engine ever made, capable of a mind-altering 12,100rpm. With six different aero-mode settings – the T.50 flies somewhere between a Formula One racecar and a Le Mans Racecar. Slightly smaller than a Porsche 911, features two passenger rear-seats, and a ‘fighter-jet-style’, centre-mounted driver-seat configuration. According to Gordon Murray Design Ltd, iStream will be the biggest revolution in high volume automotive manufacturing since Henry Ford introduced the production line over a century ago. Conventionality and conformity have had their day.