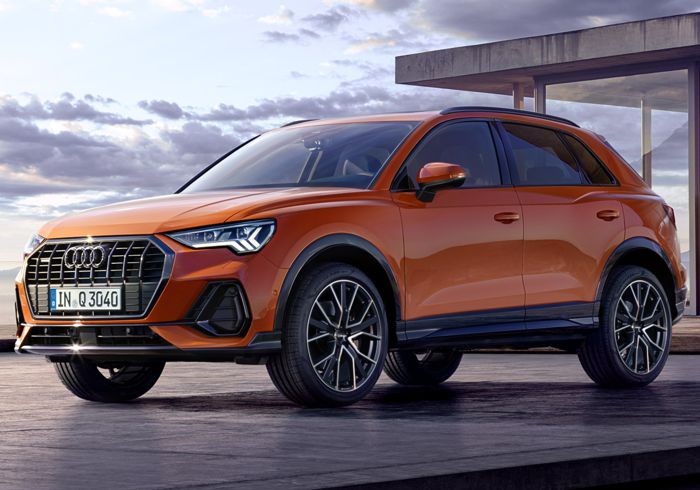 Sales of the Infiniti M range slipped 2 per cent compared to February 2011. Fortunately for Infiniti, February 2011 sales were pretty decent, good enough for 29th among premium vehicles. With a drop of 28 units in one year later, M sales were still high enough to stick on America’s list of the 30 best-selling luxury vehicles in February 2012. But only just. Along with the three Infinitis, Japan’s two other premium automakers, Lexus and Acura, contributed eight vehicles. The most notable vehicle among them would be the Lexus RX, the best-selling luxury utility vehicle in February. RX sales slid 12% and are down 13% through the first two months of 2012.

However, the American top sellers vary from our local list of top sellers.

With BMW not releasing individual sales figures for its model line-up, including the X3, it’s left the playing open for other medium luxury SUVs to take top honors. This past month it was the turn of the Range Rover Evoque. The British SUV found favour among 85 new owners, but it was closely followed by the Volvo XC60 on 81 units sold.

Audi’s Q3 slots into third place with 77 units, ahead of the Volvo XC40 (62 units). The Audi Q5, a former top seller in this category, sold 52 units. Some way off the Q5 is Land Rover’s Discovery Sport on 26 units.

The Jaguar E-Pace sits pretty well ahead of the Lexus NX (18 units) and Alfa Romeo Stelvio (14 units) on 20 units sold. The Lexus UX rounds out the top ten and sells 11 copies.

Naamsa says: “New vehicle sales continue to mirror the deteriorating economic outlook in the country. The impact of the coronavirus outbreak and potential to affect supply chains and disrupt manufacturing operations around the world are increasing daily and developments are monitored closely.”