The first car owned by Herman Mashaba, founder of Black Like Me cosmetics, was a Toyota Corolla. He recalled in an interview that the independence it offered was invaluable. It was his trusted motoring companion in those early days as a traveling salesman, en-route to becoming one of the nation’s most successful entrepreneurs.

And there are countless other South Africans who can attest to the dependable reputation of the Corolla. Unwavering reliability and affordability have always been its best traits. But recently competitors – especially from Korea – showed that the practical virtues can be infused with genuine desirability. That was the kick Toyota needed to take their iconic saloon up a few notches. Have they succeeded with the 11th generation model? 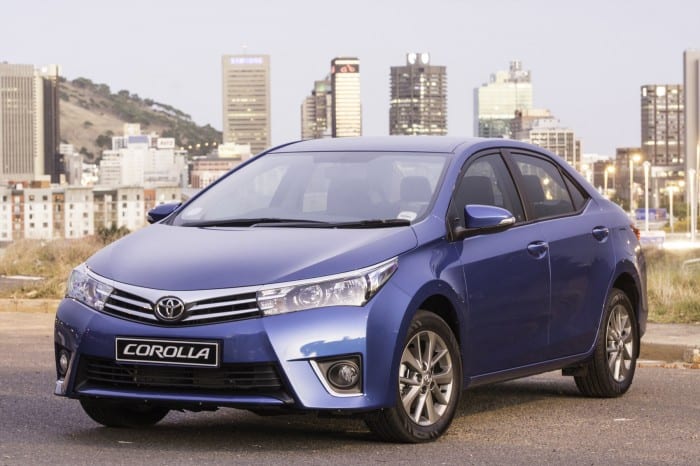 One could not have expected the production model to be a verbatim copy of the striking Furia concept they showed the world. Although it was billed as the template for the current Corolla; we doubt Toyota would have wanted to alienate the conservative faithfuls by being too daring.

Toyota knows their market well. And we think they have made the new Corolla as sexy as it could be without scaring anyone away. Look closely and you can spot hints of Lexus and mild accents of the Furia show car. The angular prow is imposing, thanks to cues like headlights that merge with the grille. In the right shade it may even stand apart in the company parking lot. 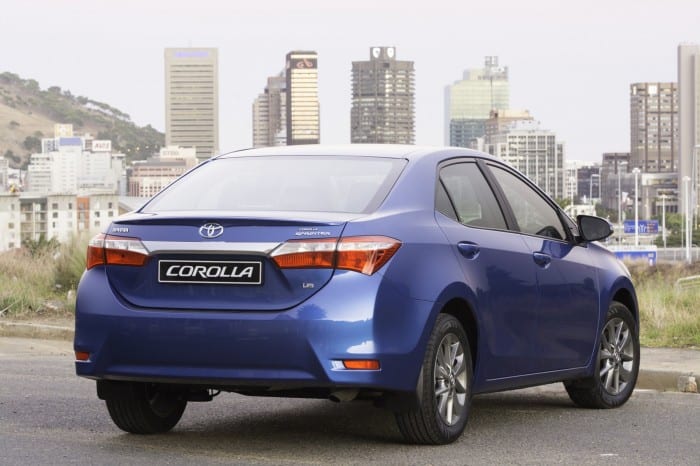 Some staffers mused that the cabin architecture of the Corolla could be more captivating. But put yourself in mind of the average buyer; who will hop into this car after a tiring day in the office counting numbers or sorting people’s computer woes. They would not want to be baffled by a plethora of buttons or an overly complicated fascia design that looks like abstract art.

The straight-cut dashboard in the Corolla houses a colour-screen infotainment system with an easy-to-use touchscreen. The air-conditioning controls are satisfyingly chunky. Plush surface materials give the interior a classy but unassuming feel. Touches like leather cladding on the steering wheel and gearstick make a massive difference. On freeway journeys the Corolla is noticeably insulated against exterior stresses. It is a pleasant place to be. 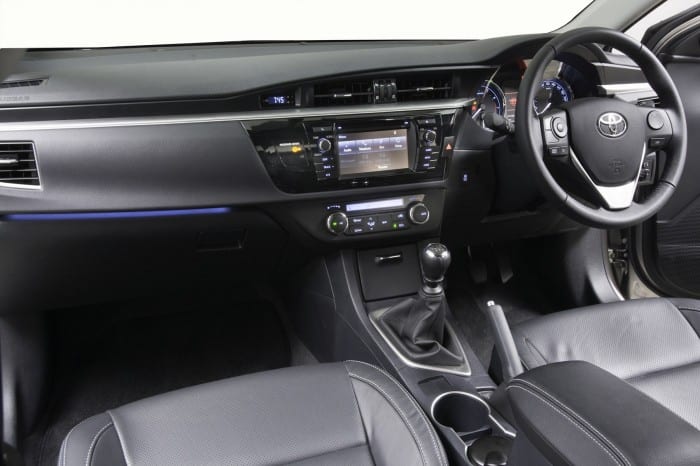 Our Corolla saw the usual variety of test routes and showed reluctance to none. In traffic its light clutch and smooth-shifting manual transmission made life easy. On the freeway it crunched the kilometres without protest in the middle lane. Even over hilly and twisty sections of town, the Corolla’s composure impressed.

It feels solidly assembled and relays the impression that the mileage and years would be accepted with grace and dignity. Our single gripe – this is why we felt relegated to the middle lane – is the asthmatic 1.6-litre engine. At the launch in Cape Town it felt peppy enough. But our altitude reveals its lack of steam. The turbocharged diesel derivative is better suited here. 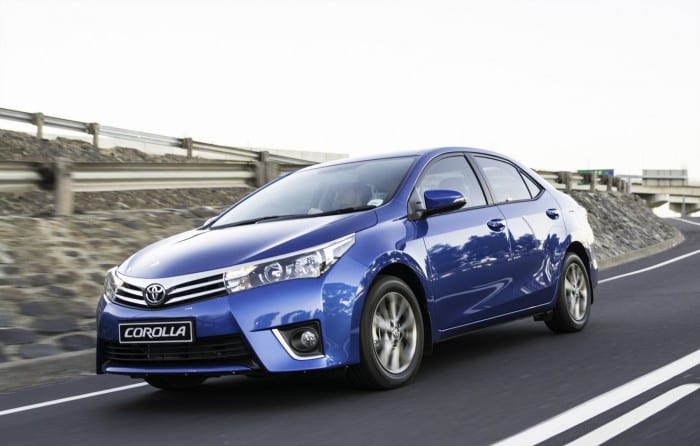 The value aspect is hard to ignore. Our Prestige grade test model rings in at a reasonable R241 900 and they have not been miserly with the niceties.

As standard it boasts leather upholstery, that smart interface, a reverse camera, Bluetooth connectivity, electric windows for all, satellite audio controls on the steering wheel as well as USB and auxiliary media ports.

Some perspective: the Volkswagen Polo Sedan 1.6 TDI with its skimpy specification goes for about the same price these days. For similar money you could even have the Opel Astra Sedan 1.6 Essentia (R243 700) or its cousin the Chevrolet Cruze 1.4T LS (R242 100) although neither boast as many niceties as the Toyota. 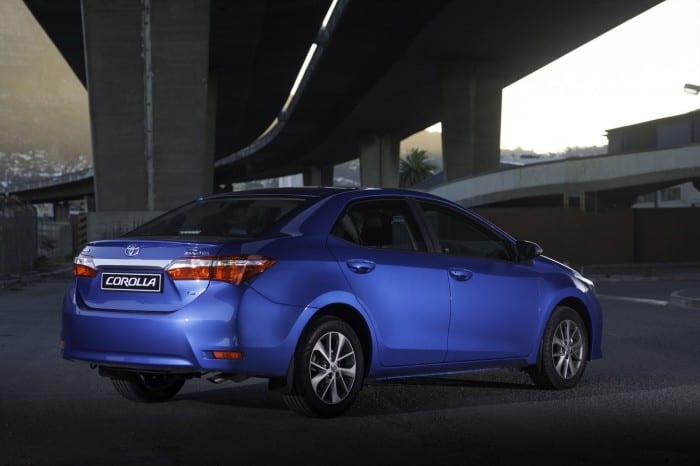 While the new Corolla still seems like a subtle and dependable chariot for a fuss-free long-term relationship, those new elements thrown into the mix do a world of good for its image.

For the first time it feels like an alluring alternative to its competitors; rather than merely being considered solely for that reputation of reliability. Many South African buyers will certainly find resonance with the Corolla’s advertising tagline: it’s a car to be proud of.

Gripes: 1.6-litre mill a tad breathless at these altitudes. Go for the diesel.