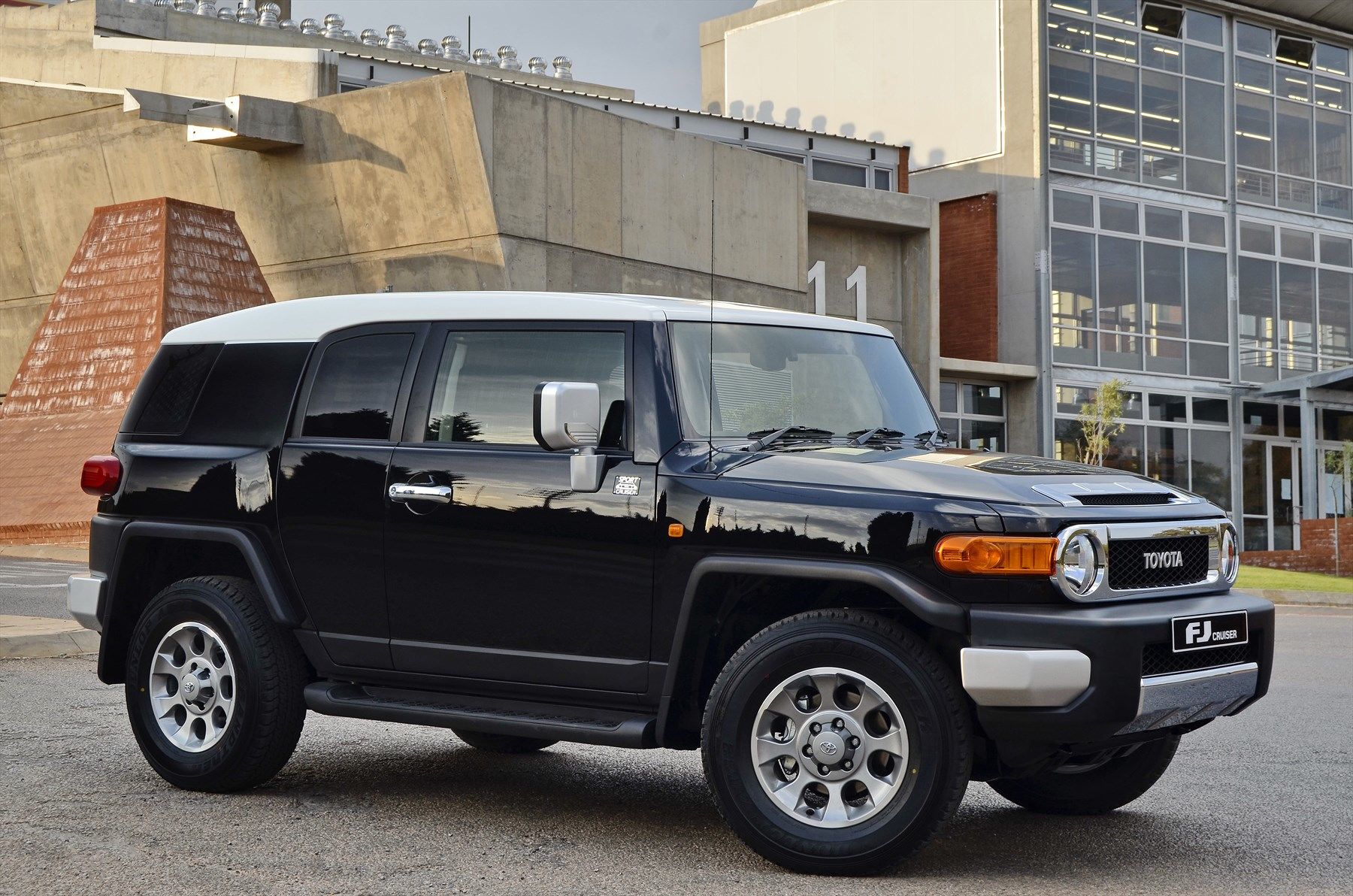 Having a chunky off-roader in Johannesburg makes sense since the term “urban jungle” resonates so strongly. It really is a jungle out there. You have wayward taxi drivers, absent-minded text-drivers and street-corner loiterers to contend with.

The assurance of being high up, with tons of metal around you should anything go wrong, is immeasurable. And then there’s the benefit of being able to climb things. Which leaves you smug, as you saunter up the pavement while everyone else in their hatchbacks and sedans struggle to find a parking spot. Vehicles like the Toyota FJ Cruiser certainly aren’t the first name in advanced motoring technology; but they boast a rugged, old-school charm that’s hard to resist. 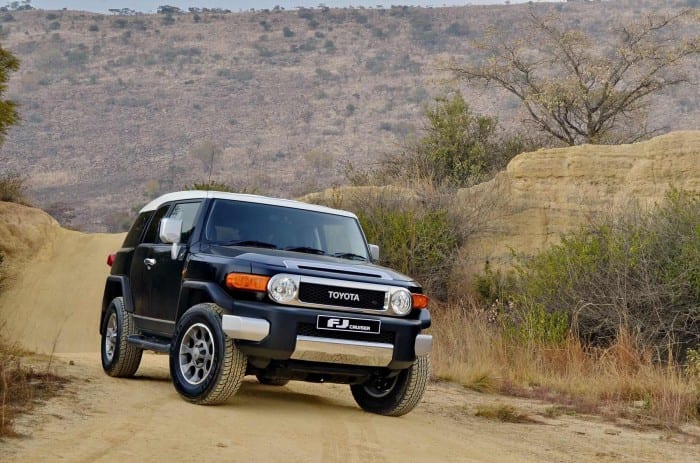 The FJ Cruiser has been around for a while now, but as counterparts like the Jeep Wrangler have proven, the simplistic styling of these vehicles always stay in vogue. With its large round eyes upfront and air-sucking snout integrated into the hood, it looks like the motoring equivalent of a bear. Our tester wore the panda colour scheme with black on the body and white on the roof.

This goes without saying: the FJ gets respect wherever it tracks. Prepare to be given way in traffic and see annoying tailgaters stop their antics. Novelties like the suicide doors a la Rolls-Royce Phantom (and Opel Meriva) impressed and make getting into its slightly cramped rear quarters much easier. Fair enough, there’s ample width to stretch arms back there – but legroom is lacking. 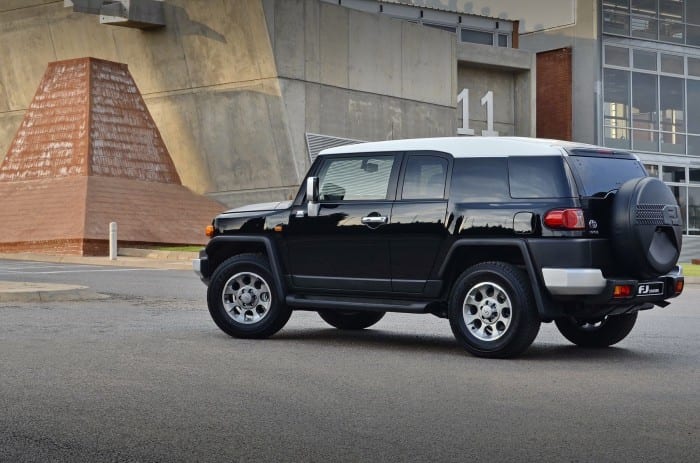 Under the hood sits a six-cylinder lump that’s surprisingly quiet and smooth tootling around town. Progression is steady when you’re light on the accelerator pedal, but floor it and the FJ makes a mighty roar. A five-speed automatic takes care of shifts.

We weren’t expecting the FJ to be as pleasant on the daily drive as it was; perhaps we were tainted by its rough-and-tumble agricultural sibling the Land Cruiser with its lack of creature comforts. This is an authentic urban cruiser that moves along fuss-free over potholes and rippled surfaces. Although in traffic it does tend to pitch back and forth like a small boat. On the freeway the FJ settles happily around the national limit; don’t expect much more – it does have the aerodynamic properties of a brick after all. 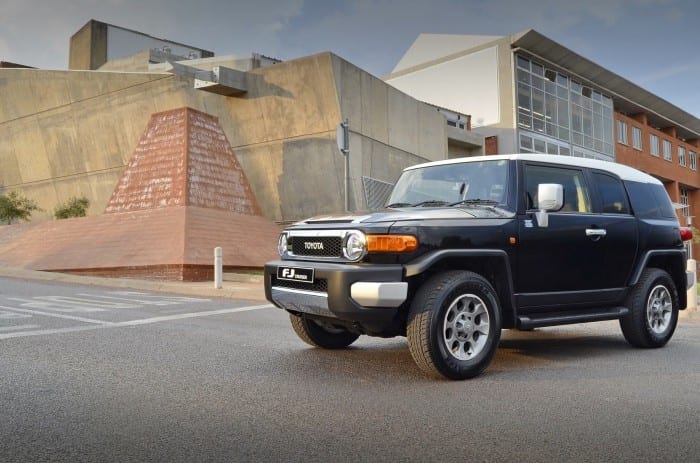 The cabin feels undoubtedly better than its rival from Jeep. Much like its counterpart; it is a sea of plastics – but in this case the surfaces are a little nicer to touch and insulation levels are more acceptable. The audio system incorporates a USB port and Bluetooth, but the interface looks dated as does the driver’s instrument panel. In addition to the odometer; there’s a trip meter but no information displays like range and current consumption.

All the necessities are included; the handy reverse camera is most appreciated when parking something of this heft. Cruise control, air-conditioning, satellite audio controls as well as front, side and curtain airbags are part of the package. Inside the FJ you’ll also never be wanting more additional storage space: there’s an abundance of cubbies and nooks. 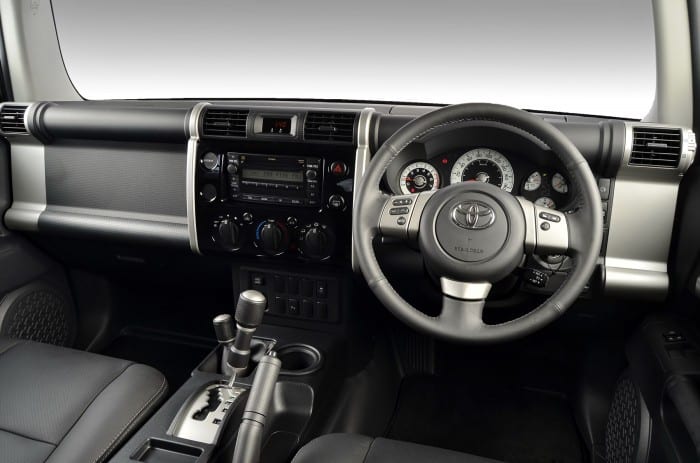 We suppose the fact that the FJ Cruiser isn’t the most cutting-edge tool out there can be forgiven. The average buyer knows what he or she is getting: tons of street-credibility, unfaltering ability on the rough stuff and of course, pavement-hopping ability in the city. The Toyota FJ Cruiser is a veritable bad boy and we love it.

Gripes: Old technology, many might find better sense in a similarly-priced crossover from one of the premium marques.