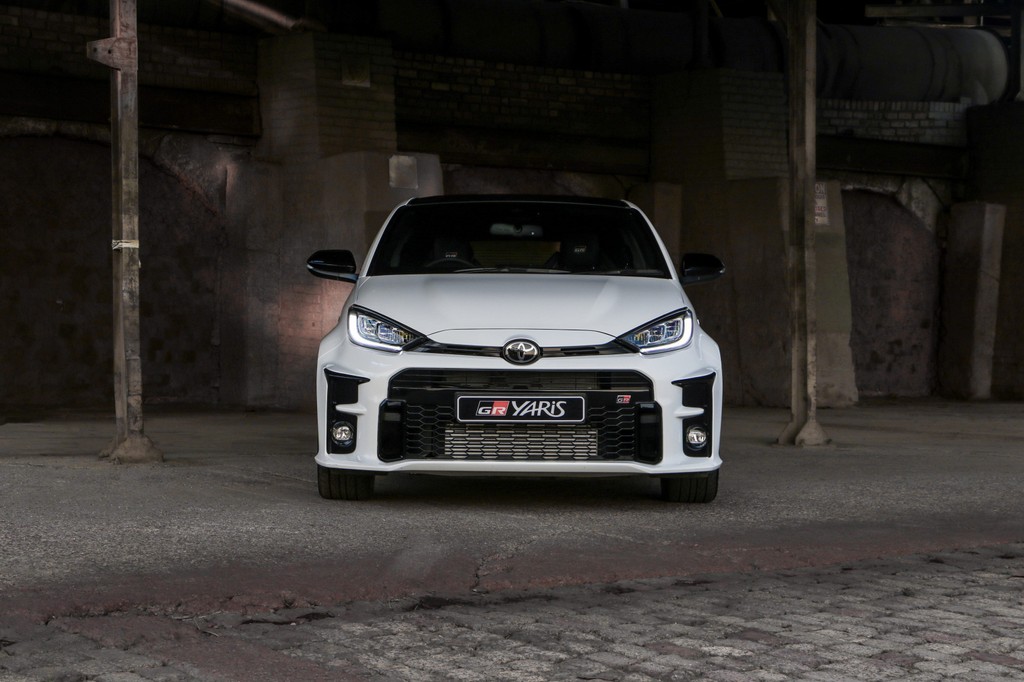 It’s no secret that Toyota’s GR Yaris has been the talk of many motoring journalists internationally, this is because overseas markets generally get new vehicles first before they’re launched and sold in markets like ours. The reviews and videos on this car have so far been too good to be true, but this week I had a first-hand encounter with one of Toyota’s most exciting creations yet.

Toyota South Africa was gracious enough to allow us to experience the GR Yaris in its natural habitat. The plan was that we would hit two racetracks in one day. First up was Formula K raceway, a new circuit, originally developed for karting, but with enough room for you to run vehicles. The road to Formula K was one of discovery, learning what the GR Yaris was all about without the pressure of lap-times and perfect racing lines. What became immediately apparent was how planted and heavyset this one-of-a-kind Yaris felt on the road. Just the way most motoring enthusiasts would have it. It has a meaty steering wheel in feel and feedback – after planting my right foot all the way in, I began to realise what the international hype around this car was all about.

Toyota has done something that has never been done before with this new GR Yaris. They’ve taken a 1.6-litre engine, removed a cylinder, leaving it with three, and the result is the most powerful production-series 3-cylinder engine in the world. It’s capable of churning out 198 kW and 360 Nm. Reading these figures is one thing, but it’s when you experience the mighty rush of the Yaris GR that you begin to understand what the Japanese have achieved here. Even then, it’s still difficult to believe that the source of such fierce acceleration is a 3-cylinder engine. Put your foot down in the correct gear and the GR Yaris pulls as though it needs to be somewhere urgently. To make matters worse, you can pull the same stunt in 6th gear on the highway, and this dynamic piece of engineering responds promptly.

Upon arrival at the first of two racetracks, we kitted up with helmets and were ready to roll. Now to give you some context, Formula K Raceway is a tight circuit with a fair amount of twisty bits and a short straight – the ideal setting for a vehicle like the Toyota GR Yaris to prove itself. After a few laps around that track, I’m happy to report that this car is everything they’ve said it is. As a track toy, you’ll have endless fun and adrenaline, with cornering grip to match. The GR Yaris does what it says in the description.

Our second testing ground of the day would be the established Redstar Raceway, which served to illustrate the Yaris GR’s more dynamic side. What did we learn from this? It can go sideways, either by using the handbrake or the throttle. Toyota engineered this thing to be an all-wheel-drive hatch, which explains why it does so well on the track. If you flick the drive mode selector into Sport, the car’s brain automatically tells the engine to send 70% of power to the rear axle, giving it a rear-wheel bias.

Most vehicles that excel on the track and dynamic driving elements are often difficult to live with in everyday conditions. You’ll often find the ride is too harsh or have a car that’s strenuous to drive. The GR Yaris is the exception to this trend. Once the dust settles and you settle back into driving like a law-abiding citizen, this car is surprisingly comfortable for what it is, and can easily become and daily companion when not on the track.

How much is the Toyota Yaris GR?

Toyota has made two versions of their hot-hatch available, there’s a standard GR Yaris and a GR Yaris Rally. There’s about a R100 000 difference between the two, which isn’t small change. Key components of the Rally are the Torsen limited-slip differential on both the front and rear axle, as well as a performance suspension.