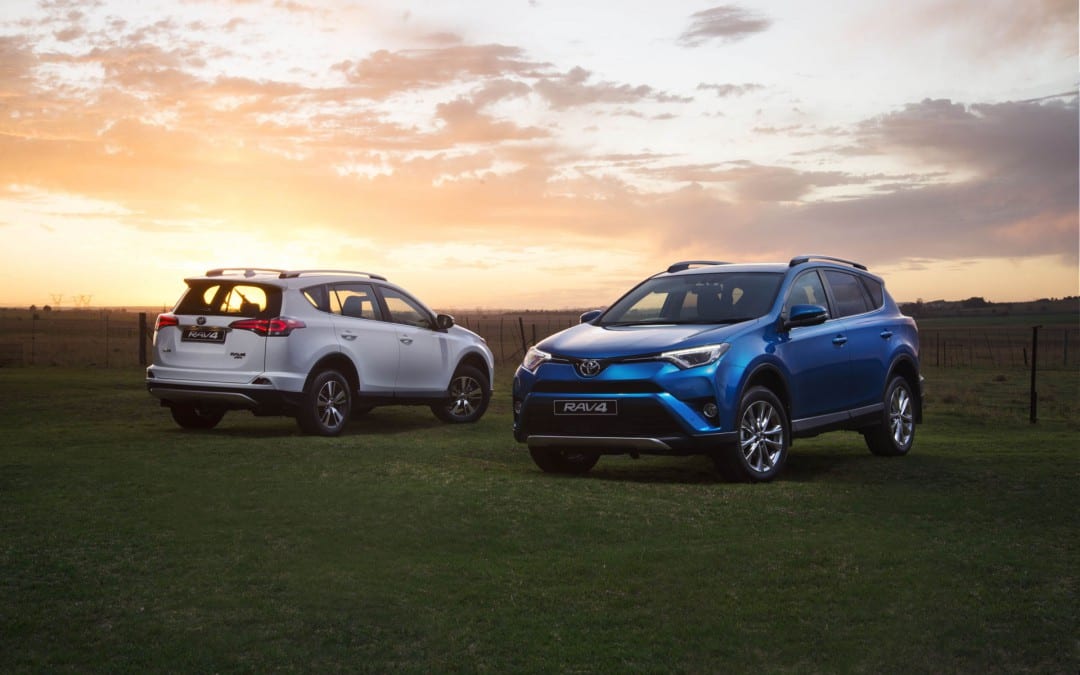 The first-generation Toyota RAV4 was first unveiled as a concept at the 1989 Tokyo Motorshow, but it only made it into production in 1994, rather far removed from the original design – which was not a bad thing if you’ve ever seen the concept. The Recreational Active Vehicle was introduced to fill a gap in the market for those not wanting a traditional off-road vehicle or passenger car, but still desired something with increased ride height and pseudo-off roader styling. 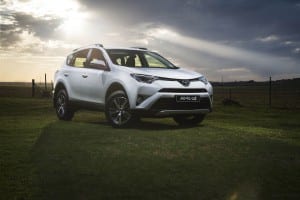 The first RAV4 arrived in SA in 1995 and was an immediate hit; ticking all the right boxes with it’s compact size, car-like handling, off-road capabilities and good equipment levels. It actually created its market segment – one which has been growing in leaps and bounds ever since. For those wanting to save a bit at the bank the RAV4 was also available with a more affordable, albeit rather less capable, front-wheel drive option. 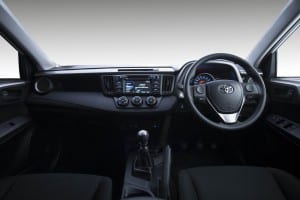 That was a 20 years ago and there have been plenty upgrades along the way. The 4th generation RAV4 was given an impressive spec list and a bigger, more passenger friendly body. It now measures 4570mm in length (to put the RAV4’s growth into perspective, it’s 830mm longer than the 3-door model from 1995). One big change was to the tailgate, where the hinges have been relocated from the side to the top. Width increased by 30mm and the wheelbase grew by 100mm. As a result the load space also stretched to 1025mm and the luggage capacity ended up on a class-leading 547-litres. These changes have seen the 4th generation RAV4 become the current segment leader, but keeping up with the Joneses is a real thing, so the RAV4 has just undergone a mild facelift. 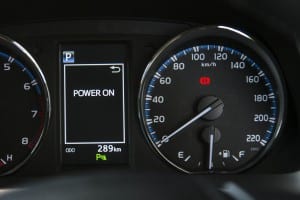 So what’s changed? For the exterior, we now see LED headlamps while redesigned upper and lower grilles, front bumper and mud flaps (on the GX models) simplify the front-end to bring it in line with the latest Auris and Yaris. Reshaping around the upper front grille gives a de-cluttered, smooth look while the added chrome detail on the grille itself gives a grown up air. The LED taillights are slimmer than the old units, and the reverse lights are now hidden in the rear light clusters. Together with the reshaped lower tailgate and tailgate garnish as well as a larger painted section on the bumper and revised rear fog lights with an under body valance, the latest RAV4 has a chunky yet clean appearance. There are also new wheel designs across the range. 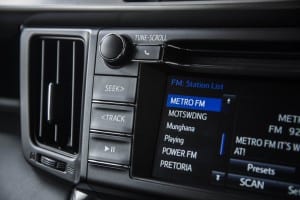 Interior changes include new ambient lighting, new materials and an improved layout for the gear shift area and cup holders, and you can now store your shades in the overhead interior lighting cluster. Dials are changed for improved legibility, and a 4.2-inch, colour multi-information screen is introduced to the instrument binnacle to monitor energy usage, vehicle information and customisation options. 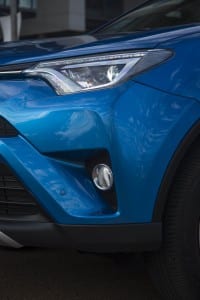 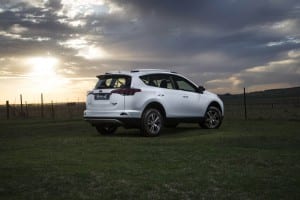 Under-bonnet offerings are the same as before: there’s a 107kW / 187Nm, 2.0-litre petrol for the front-wheel drive GX (available with a 6-speed manual transmission or a 7-speed CVT transmission); the 110kW / 340Nm, 2.2-litre diesel four-wheel drive and lastly the 132kW / 233Nm 2.5-litre petrol engine mated to a 6-speed auto that also powers all four wheels.