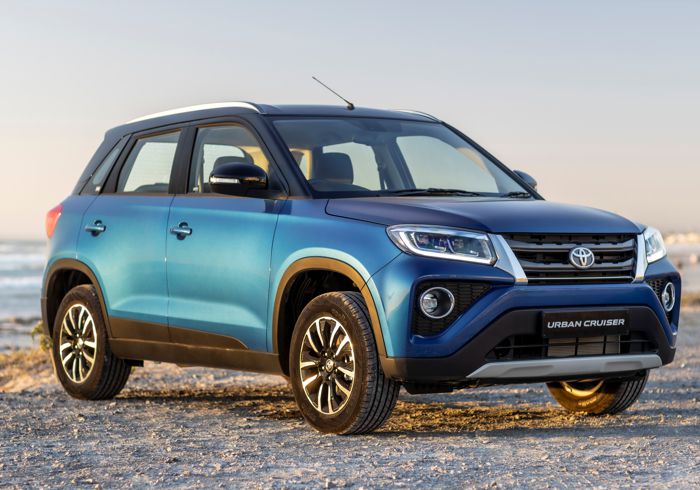 Let’s be honest, everything is expensive nowadays, from trivial day-to-day items to more serious purchases like a new car. Be that as it may, not everything has to cost you an arm and a leg, and fortunately, the folks at Toyota share this sentiment and have slowly begun building a portfolio of affordable vehicles that don’t break the bank. Of course, their premium range won’t be affected by this new venture.

In 2020 Toyota SA introduced us to the first of their pocket-friendly vehicles in the form of the Starlet and Agya. Both compact and city runabouts, suitable for the average South African looking for a reliable and affordable city commuter. They haven’t stopped here though – in March 2020 they launched the Urban Cruiser, one of the most affordable compact SUVs currently in SA.

Is the Toyota Urban Cruiser worth buying?

Well, aside from its highly attractive price tag which we’ll get into in a moment, the Urban Cruiser has all the right ingredients to moonlight as a premium car. From a design perspective, it looks like it was crafted for the concrete jungle, having a raised ride height, a bold design with nearly square lamps both in the front and rear, while maintaining compact proportions. There are three Urban Cruiser variants currently available: the entry grade Xi, an XS and the range-topping XR. We spent some time in the latter and among other things, came away impressed by the automatic LED projector headlamps which are standard across the range. At night the Urban Cruiser can easily be mistaken for a high-end vehicle, something from the German camp. When you dig deeper into this Toyota’s list of features, you’ll find keyless entry and a push to start button as standard, meaning your keys never have to leave your pocket. One thing we liked about this system was that you can unlock the boot separately without unlocking the doors, load your goods and lock it up again. All without having to rummage around for the keys.

They’ve fitted hooks to the boot as well as the rear seat to allow you to secure your grocery bags easily and conveniently. Its small things like these that make a difference. You won’t have to worry about whether your long-legged friends can occupy the rear seat. We were able to casually fit a 1.82m subject into that space, all without re-adjusting the front seat, which was where he initially made himself comfortable. Where space and features are concerned, the Urban Cruiser ticks all the appropriate boxes.

With a 1.5-litre engine powering the entire range, the only thing you’ll have to decide on is whether you prefer a manual or automatic gearbox. The entry grade Xi is only available in manual, while the rest of the range can be had in both transmissions. Having fiddled with the manual in our XR spec test vehicle, we can attest to this car’s compliance on the road. It’s an easy and enjoyable car to commute in on a daily, even in manual. There’s also no turbo lag from the engine, which is good for 77 kW and 138 Nm. Toyota claims an average fuel consumption figure of 6.2 litres per 100km.

Now for the part you’ve been waiting for! As already mentioned, this mini SUV is one of the most affordable of its kind in the country right now, coming second to the Suzuki Vitara Brezza. Here’s a look at the Urban Cruiser range, starting at R247 900.