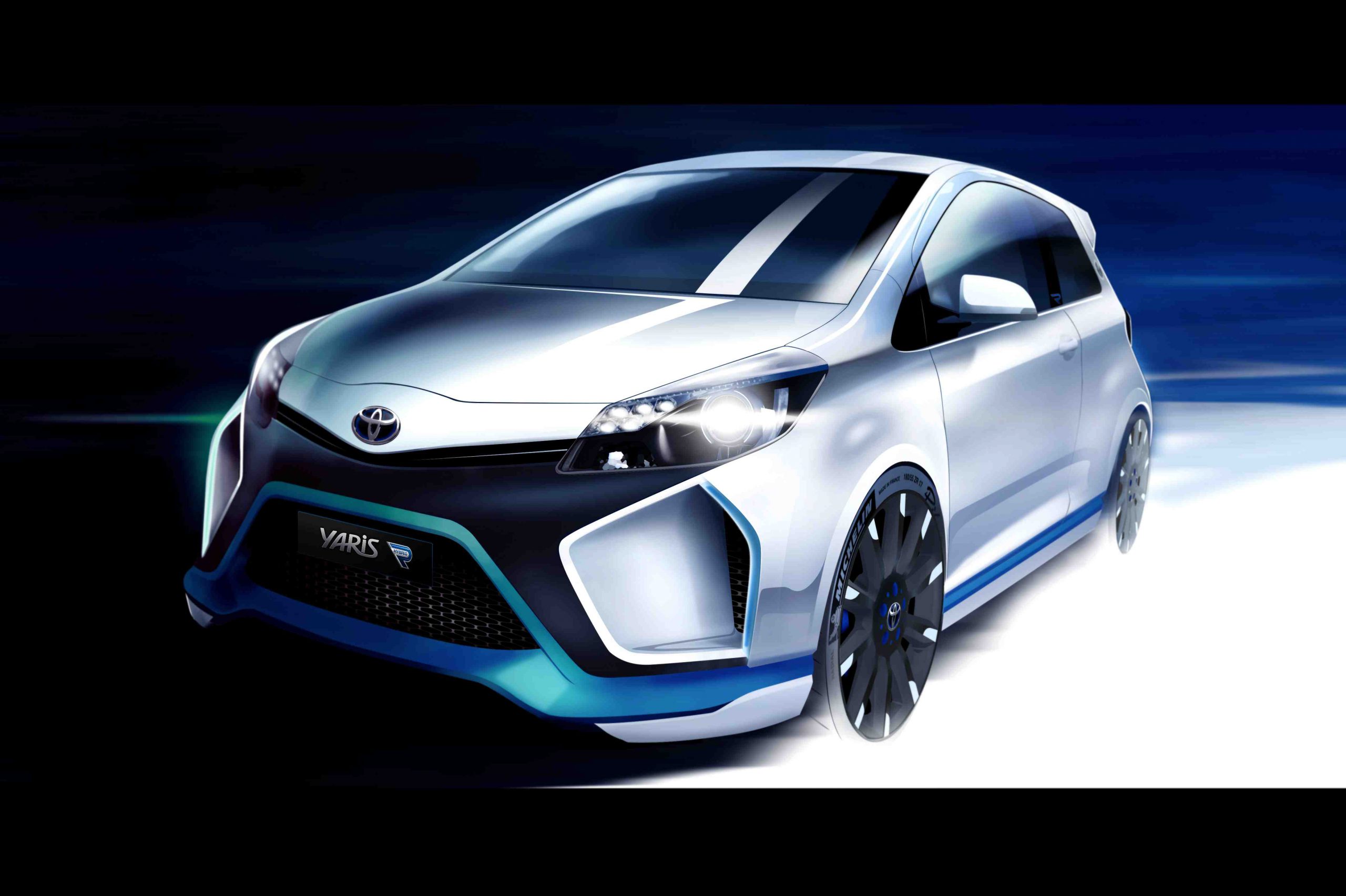 And to this we say well done. Finally, Toyota has infused some sex appeal into their dreary hybrid range. We tested the “normal” Yaris HSD last year and deemed it too expensive; with not much consumption saving over its cheaper petrol counterparts. 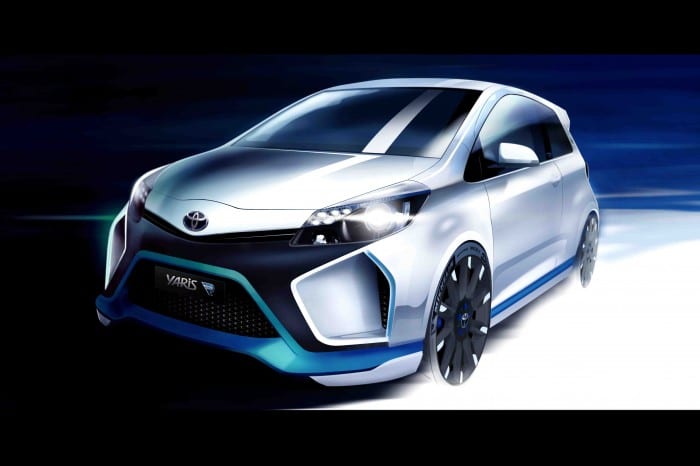 Of course this is still a concept car. But as a glimpse of what Toyota’s small performance hatchbacks of the future might be like; it’s bound to seize attention.

Under the hood is a 1.6-litre engine fettled by Toyota’s racing division. It’s a four-cylinder, turbocharged unit and it drives the front wheels. The rear wheels are driven by two 45kW electric motors: the same kind used in the standard Yaris HSD. 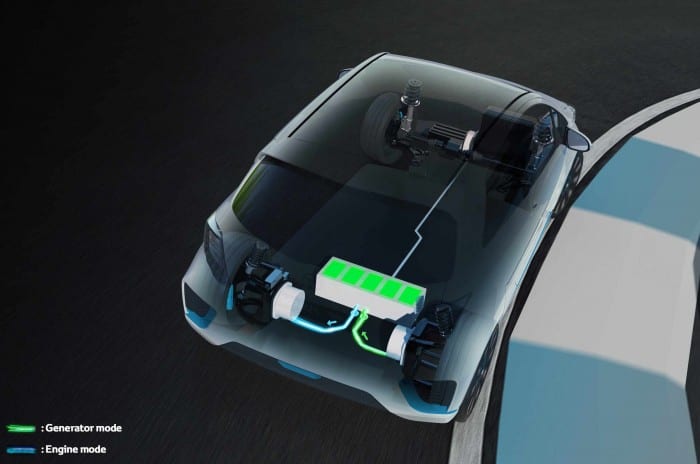 The combined effort of this translates into a very tasty 398kW. Not dreary by any standards. Certainly, all this power would be nothing if it can’t be transferred to the tarmac effectively. So they’ve strapped a torque vectoring control system to the Hybrid-R. When cornering, torque distribution between the rear left and right wheels is distributed.