Triber Counsel Has Spoken Meet the all new Renault Triber 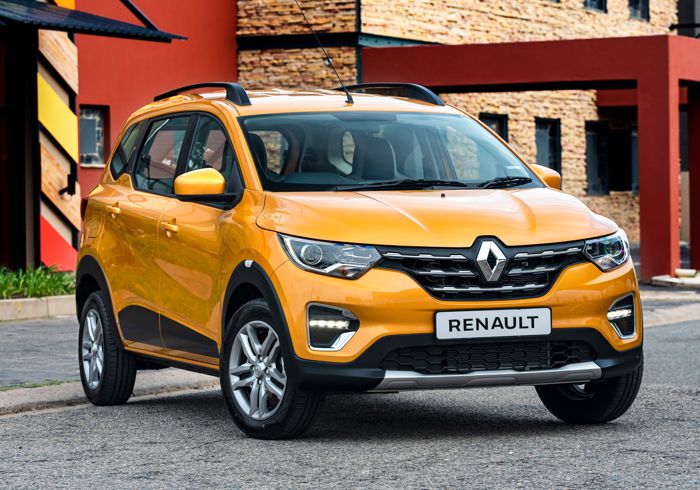 It is too slow, where is the engine, it needs a turbo, it lacks power…these were the bemoans or complaints from journalists at the launch of the new Renault Triber down in Durban. I am a petrol head…I have a deep passion for speed, performance and power but I am also level-headed to understand the purpose and market segment for which the Triber belongs.

I believe as journalists we are choice spoilt – we drive machines we cannot afford, which accelerate to speeds excess of 250km/h – albeit the national highway speed-limit is only 120km/h. The Triber is not under-powered; 52 kilowatts of power from the 999cc, 3-cylinder engine and 96nm of torque via a 5-speed manual gearbox – “it is what it is!” The car will not appeal to someone looking for a VW Tiguan, a Ford EcoBoost or a Range Rover Velar. Instead, the Triber makes sense to someone who earns a sustainable monthly income but not enough to finance a brand-new vehicle over R150 000, and probably relies on public transport. Just like the Kwid, the new Triber will have mass appeal to this demographic but with more space and versatility.

Likewise, safety and fuel efficiency, (5.5l/100km), are a prerequisite and the Triber ticks those boxes as well – dual-airbags, ABS/EBD, a reinforced body-shell and rear PDC are standard across the range. Only the top of the range Prestige model gets additional front-side airbags and a reverse-camera. During our trip from the Urban Park Hotel to Jackie Cameron’s Culinary School of Food and Wine – the Triber demonstrated class-leading driving comfort. On more than one occasion, distracted by our conversation, my co-driver did not see the on-coming speed-bumps, bracing ourselves for some lightening & thunder from the suspension – the Triber with demure and finesse compliantly absorbed the speed-bumps. Neither was the heavily pot-marked rural tarmac enough to intrude on cabin comfort, or unsettle the chassis/suspension from the intended path of travel. Surrounded by an impenetrable canopy of lush green tree-tops, at 120km/h+, tyre rumble and wind-noise were also at a bare minimum but keeping the engine on the boil as we made our way through the hilly valleys of eThongathi, did require a bit of both clutch and Wing Chun gear-shift technique.

It may not have 100kw, but it does have one hundred different seating configurations called EasyFix Seats – which flip, tip and fold-down flat. In 5-seat mode, the boot space expands to a best in class volume of 625L:  masquerade it as a capable mom’s taxi or a dad’s mini camper, the all new Triber carves for itself a unique niche in the sub-compact M.P.V. division. Impressive leg-room and airconditioning ventilation in both the second and third rows means your passengers will not end-up smelling like hibernating badgers on long-distant road trip. Along with an above-par list of standard features which include, an Apple CarPlay, Android Auto wielding 20cm touchscreen, MediaNav Evolution Infotainment system with Smart device replication, keyless entry, as well as both a cooled centre-console and cubby-hole.