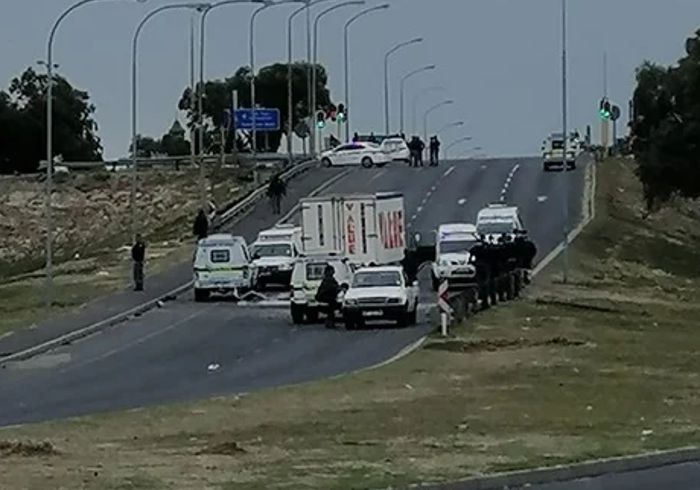 The reason for the first protest is not immediately clear, but just before lunchtime on Monday April 20th, on the side of the road near the N2, a large group gathered and took a sharp right, stoned a truck and stopped.

Video on social media shows lorries being invaded and protesters with a number of variety hampers walking away. Before they came to a stop, protesters clambered to take the goods stored inside. The trucks were reportedly stoned.

In connection with the accident, people were arrested.

According to information, the 32-and 46-year-old drivers were injured as the trucks were pelted with stones. One was transported to a medical facility, while the other was being treated onsite. “A group of people helped themselves with the contents inside the trucks, “said Western Cape police spokesperson Sergeant Noloyiso Rwexana.

The parcel distribution has had a shaky start to say the least, with allegations of corruption and profit-making emerging in almost every province where feed schemes are being rolled out. As the nationwide lockdown continues into day 24, more and more people are beginning to feel the pinch and finding it impossible to feed their families.

However, one of the undesirable consequences of the lockdown was the criminal looting of stores and trucks in a desperate plea for government-sponsored food parcels to be delivered without interference.

Several ANC councilors have seen their membership revoked in the context of accusations of corruption in relation to food packages.

See the link below to watch the video: