Updated Audi A8 And S8: More Luxury For Mr. Transporter 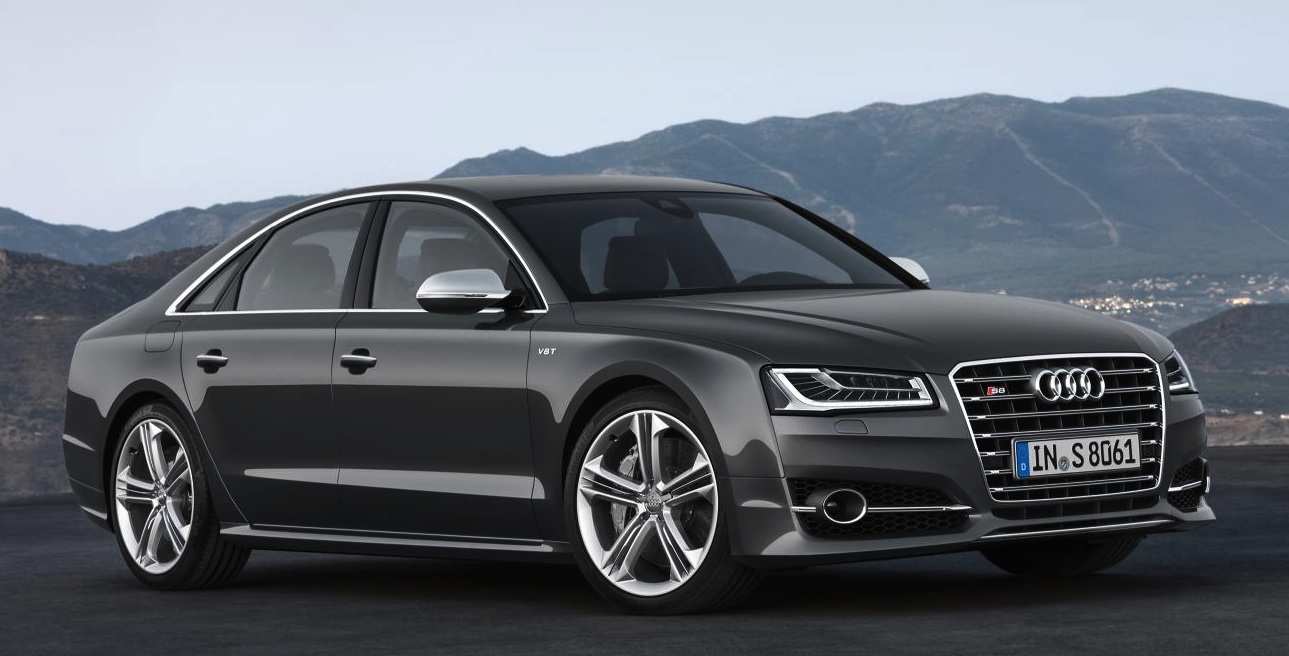 The new Audi A8 and S8 will make its debut at the Frankfurt motor show. It’s lighter, looks meaner and naturally, Audi has made it even greener. 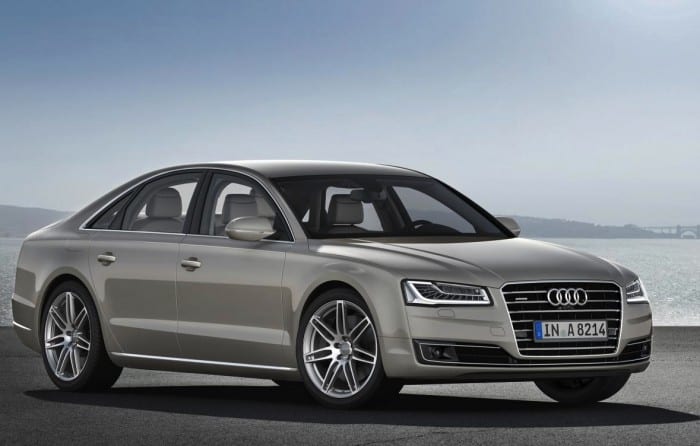 Lightness was added into the mix; the A8 is almost entirely aluminium and tweaks on the updated model include redesigned front and tail-lamps as well as a hood “finessed” to look sharper. Choice adjectives for what will undoubtedly be a choice car.

Those lights are something to get excited about. They’re intelligent enough to integrate with the navigation system’s route data: preparing for illumination of corners, dimming or brightening according to traffic conditions. There are 25 individual LEDs on either units. The indicator sections have 18 LEDs, arranged in a strip, “subdivided into seven blocks”. As meticulous as you’d expect from Audi, then. 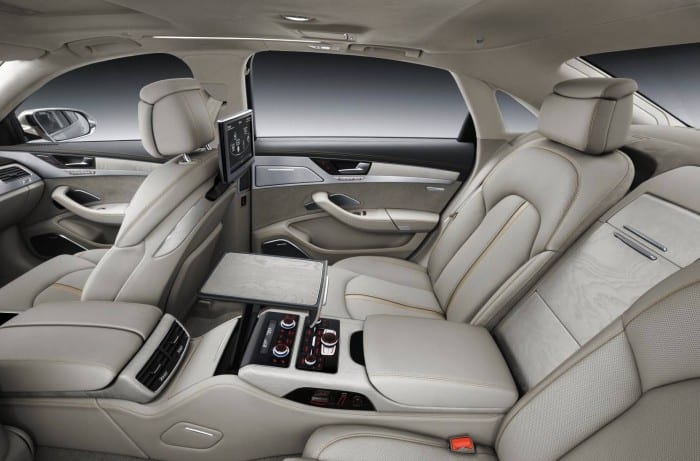 Audi South Africa has yet to release details on the engine offerings we’ll receive, but there are seven in total.  The flagship A8 L W12 now gets cylinder shut-off technology. Instead of using all 12 cylinders all the time, it’ll use half of those when your right foot is employed lightly. 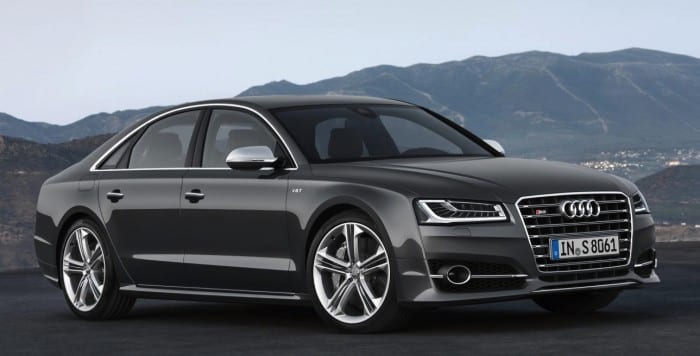 New trims and colour combinations are available for the interior. And a system that will certainly be welcomed by your chauffeur is the park assist. It steers the lengthy saloon into your bay of choice.