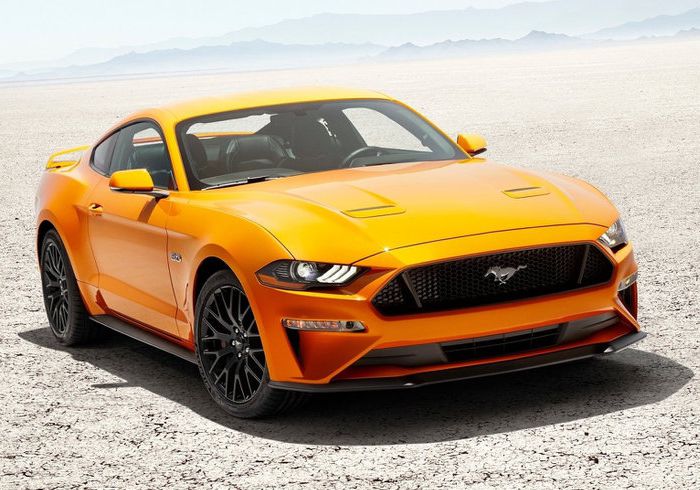 The final week of July sees incredible vehicles set to arrive on our shores including Ford’s updated Mustang sports car. The facelifted Ford Mustang range has finally arrived in South Africa, with the local line-up led by the limited-edition Bullitt.

Mustang’s market share in the global sports car segment is up half a point for 2018 over the previous year – to 15.4% – fueled in part by the Bullitt – a limited edition Mustang that was launched to celebrate the 50th anniversary of a Steve McQueen film that shares the same name, in which he drove the original 1968 Mustang GT Fastback.

The Ford Mustang has been updated for 2019 and the changes are significant. The Ford Mustang will be available in South Africa in 5 flavors including coupe and convertible derivatives, with the choice of either the 2.3-litre 4-cylinder turbocharged petrol engine or the 5.0-litre naturally aspirated V8 petrol motor each mated to a new ten-speed automatic transmission. The Bullitt, though, employs a six-speed manual gearbox and a bit more power from its V8 heart (at 338 kW). This special model is furthermore offered in exclusive Dark Highland Green or Shadow Black exterior paint.

Inside, Ford promises a “more premium feel”, with soft-touch materials used on the door linings and an aluminum finish applied to the interior door handles. There are new trims for the seats, updated infotainment system, and an all-new digital dashboard. The new Mustang can be spotted with its new-look front end, revised grille, sporty bonnet, and new-look headlights. Under the skin, there’s a revised chassis, the option of adaptive damping dubbed ‘MagneRide’, and an active exhaust system. In the broader range, three new metallic hues (Kona Blue, Orange Fury and Velocity Blue) have been added, while newly designed 19-inch alloys are offered in multiple finishes depending on the model.

In terms of options, there are some alloy wheels to choose from as well as adaptive damping for the 5.0 GT at a cost of R15 300. The pricing below includes VAT and emissions tax. The below pricing includes a four-year/120 000 km warranty and a six-year/90 000 km service plan (with intervals of 15 000 km).

As Ford Mustang celebrates its 55th anniversary this week – the US carmaker has revealed how many units it has sold in South Africa since 2016 – more than 2,600. Ford pointed out that the Mustang was the world’s best-selling sports coupe of 2018 on the strength of 113,066 cars sold.