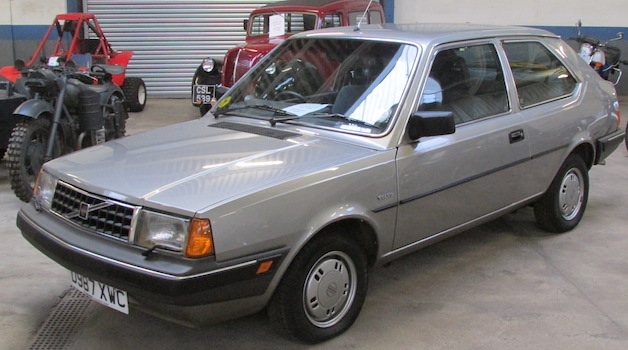 This 1987 Volvo 340 has a mere 211 kilometres on the odometer. There were no nefarious “haircut” procedures involved either. Apparently it still retains that distinctive new car smell, attesting to its mint status. It is set to be sold at the Anglia Car Auction event in Britain.

The tale behind it is an interesting one. It was bought new from Lancaster Volvo. The owner, said to be an elderly person, smacked a bollard at a garden centre, grazing the car’s side. The owner was so fearful afterwards, that the car was relegated to the garage where it sat until March this year.

“Plenty of people claim to offer a ‘time warp’ classic but in the case of this Volvo 340 the term was never more fitting,” said Rob George, spokesman for Anglia Car Auctions. He said the 340 has no corrosion and still smells new. It starts and runs although the brakes do require attention.

The 340 was a collaborative effort between Volvo and Dutch carmaker DAF, which was eventually absorbed into Volvo. It had a rear-wheel drive layout and enjoyed a fairly successful motorsport career. Interestingly, the Volvo was powered by a 1.7-litre engine sourced from Renault. And this model still has its original battery, coolant, oil and dealer-issue Volvo-branded paper floor mats.