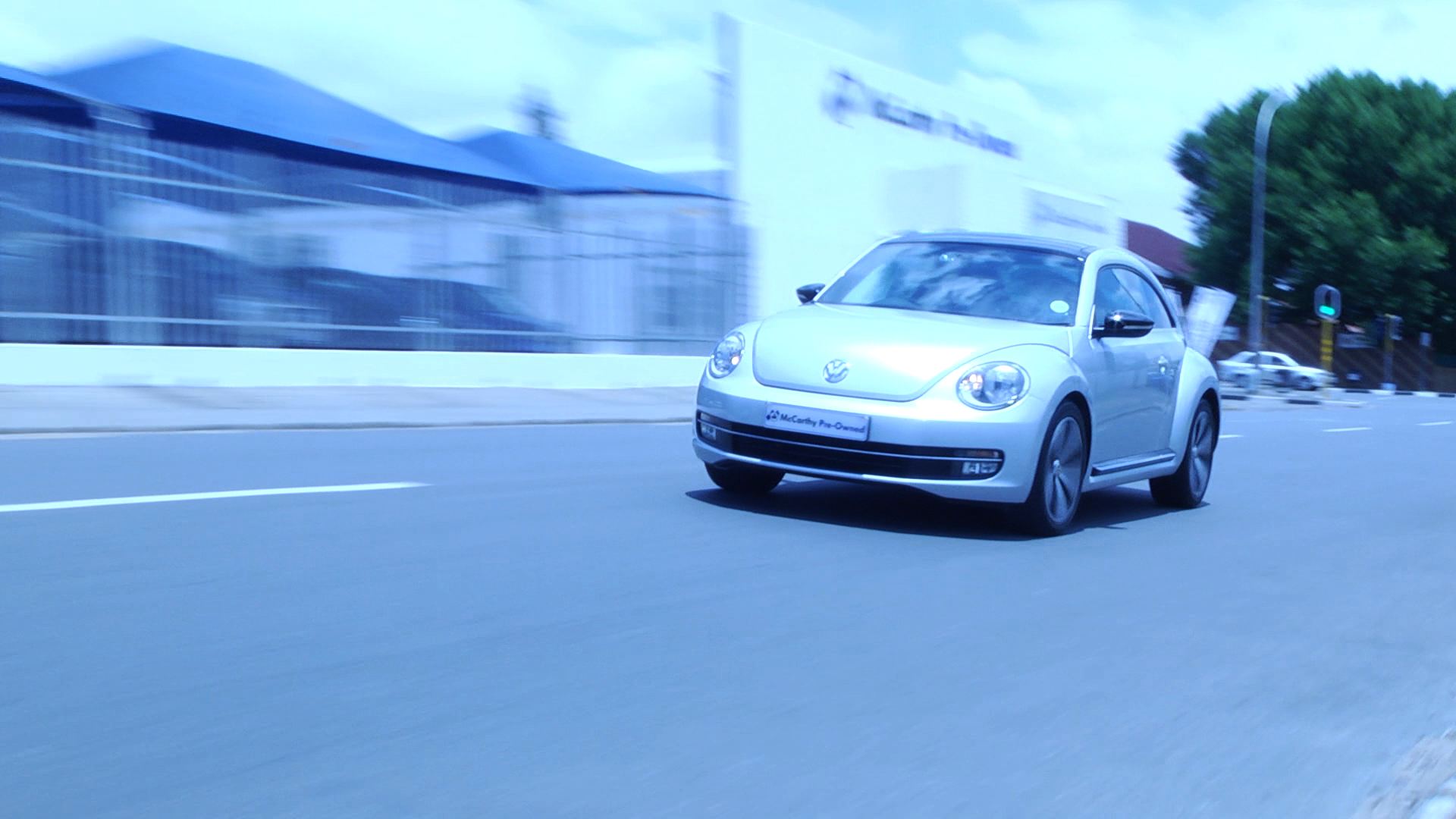 The novelty of the “old” New Beetle lasted a fortnight. Last year Volkswagen revived the icon and this new models looks like it will retain its appeal for longer.  This “used” example at McCarthy Pre-Owned in Edenvale is actually rather new. It’s a 2013 model with just over 11 000 kilometres on the odometer. 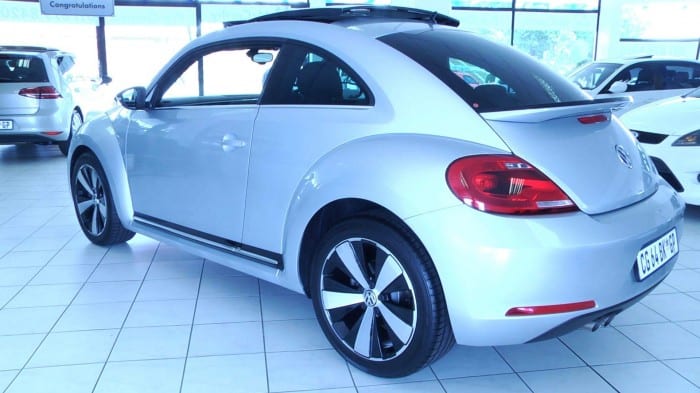 Maintenance will be carefree for a while, since there is plenty of life left in its five-year/60 000-kilometre Automotion Plan from Volkswagen. And its three-year/120 000-kilometre warranty adds more peace of mind.

Since this car is essentially new, tyres aren’t going to be much of a concern at present. But we received quotes around R3400, to replace one of its 18-inch Hankook tyres.

This is the 1.4 TSI Sport model and performance is punchy. It has 118kW and gets to 100km/h from standstill in a very respectable 8.3 seconds. Consumption is good too; fill up the 55-litre tank for R715 and you can expect a traveling range of about 680 kilometres. 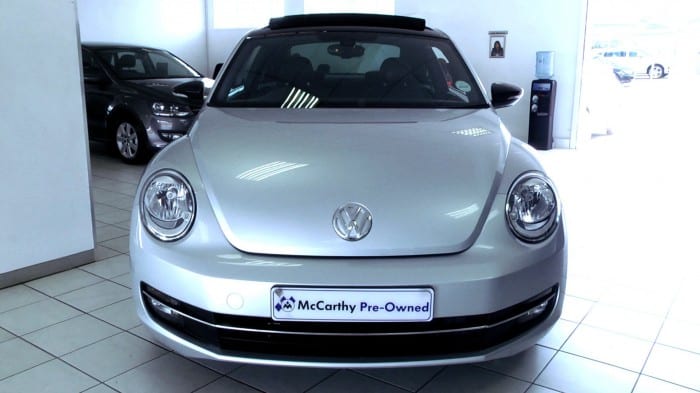 Assuringly, the Beetle rides on the tried-and-trusted platform of the Volkswagen Golf. So you’ve got that wonderfully solid on-road feel. The six-speed transmission is nice and snappy and the “whoosh” from this turbocharged and supercharged engine is really enjoyable. This one still has that new smell.

Opt for a 60-month term, add a 10% deposit and your repayments could amount to R4900 a month. Take a 25% residual and your installments would decrease to R4000. Of course, it’s dependent on the interest rate you get.

A 25 year-old male with a history of insurance could pay between R1150 and R1800 per month for comprehensive coverage. A woman with similar criteria could expect to pay between R1000 and R1400.