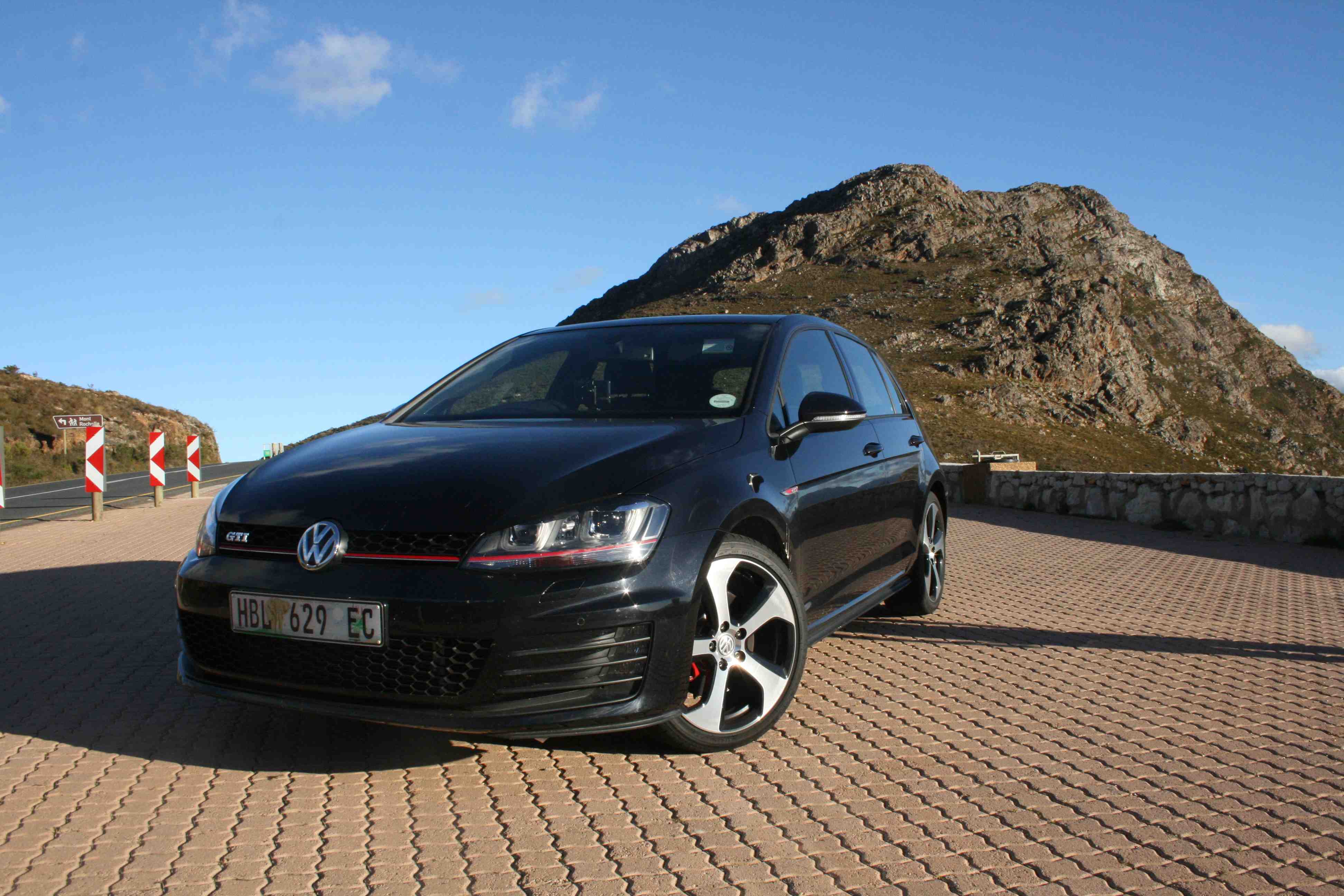 It doesn’t matter what any motoring hack says about the latest generation Golf GTI. The iconic hot hatchback will fly off the shelves faster than the Fifty Shades series.

But unlike that tawdry tale, there is substance behind the GTI hype. Volkswagen has hit those high notes again and looks set to make many happy customers with the latest chapter of their successful story, spanning seven generations. We drove it at the launch in Cape Town. Manual labour is less favoured these days, with many buyers opting for models with semi-automatic transmissions. We sampled the good ol’ six-speed manual version. You’re going to want this one – not only because it has a novel gear-knob shaped and textured like a golf ball.

Throws are short and concise. There’s freedom to hit the redline and wring the most out of this free-revving two-litre turbocharged mill.

For a little extra you can have the double-clutch DSG transmission. It dispatches shifts swiftly – with thrilling burps between each change. And who said Germany’s best contribution to music was Kraftwerk? The GTI has a throaty soundtrack you’ll want to keep on repeat.

The new GTI has 7 more Kilowatts and 70 more Newton metres of torque than the old one. Sure, 162kW sounds measly compared to the Ford Focus ST (184kW) and the Opel Astra OPC (206kW). But then a hallmark of the Golf has always been manageable power, instead of power for the sake of it.

Volkswagen Group’s new MQB platform garners plaudits from all sides. We praised it in the standard Golf 7, for its brilliant compromise between comfort and firmness.

Riding on this foundation, the GTI is unperturbed by ripples in the road and stays stable and taut in the twisty bits. We gave it a full workout on the Franschoek Pass. It relished the successions of sharp curves.

For around R10k extra you can have Adaptive Chassis Control, which allows you to choose between various driving modes. Unless you’re a real enthusiast who plans to drive on track, we’d suggest ditching this option.

All animals are equal, but some are more equal than others. The GTI affirms this. While we admire the Focus ST (that being a personal favourite of this scribe), the Golf is undeniably more refined than its counterparts. There’s balance here. Not too hard, not too supple, but just right. They played it safe. Rather than reinventing the icon, it’s a subtle evolution from its predecessor.

New 18-inch alloy wheels and a front-end with some inspiration from the Audi R8 (Volkswagen’s words) are some of the points to get excited about. Now it also gets a GTI badge on the front fenders and just like the old one, “smoked” taillights.

Get inside and you’ll find a sportier spin on the standard Golf 7 interior. Black carbon-like trim adorns the door panels and fascia. A GTI-specific steering wheel with a flat-bottomed steering wheel a la Audi RS fits snugly in the hands.  The seats are sculpted too – but we wished for more lateral support to keep the torso stuck in the bends.

Finding the right driving position isn’t hard. And the touch-screen interface – standard – is driver-centric and user-friendly. Plus you get steering wheel controls and a driver information system which allows you to scroll through all the details you need to know. Volkswagen South Africa expects to shift around 300 units every month. And it’s a believable claim – since the GTI usually accounts for half of Golf sales.

As for the two burning questions: will we get the GTD and is the special performance package going to be offered?

On the first matter, we heard GTD is unlikely based on the limited sales of the current Golf TDI Highline DSG. And as for the performance package, which throws in a little more power and a special differential, we could be offered this in 2014. The two-door may also be brought over – but as a limited-edition model. The evergreen GTI maintains its hard-to-fault reputation in this latest installment.

It proves that you can have your cake and eat it. The Golf fulfills the mandate set by its makers: to offer a real driver’s car with all-rounder capabilities not only to a chosen few, but to all who want it.

The Ford Focus ST, Opel Astra OPC and Renault Megane RS have much to worry about.