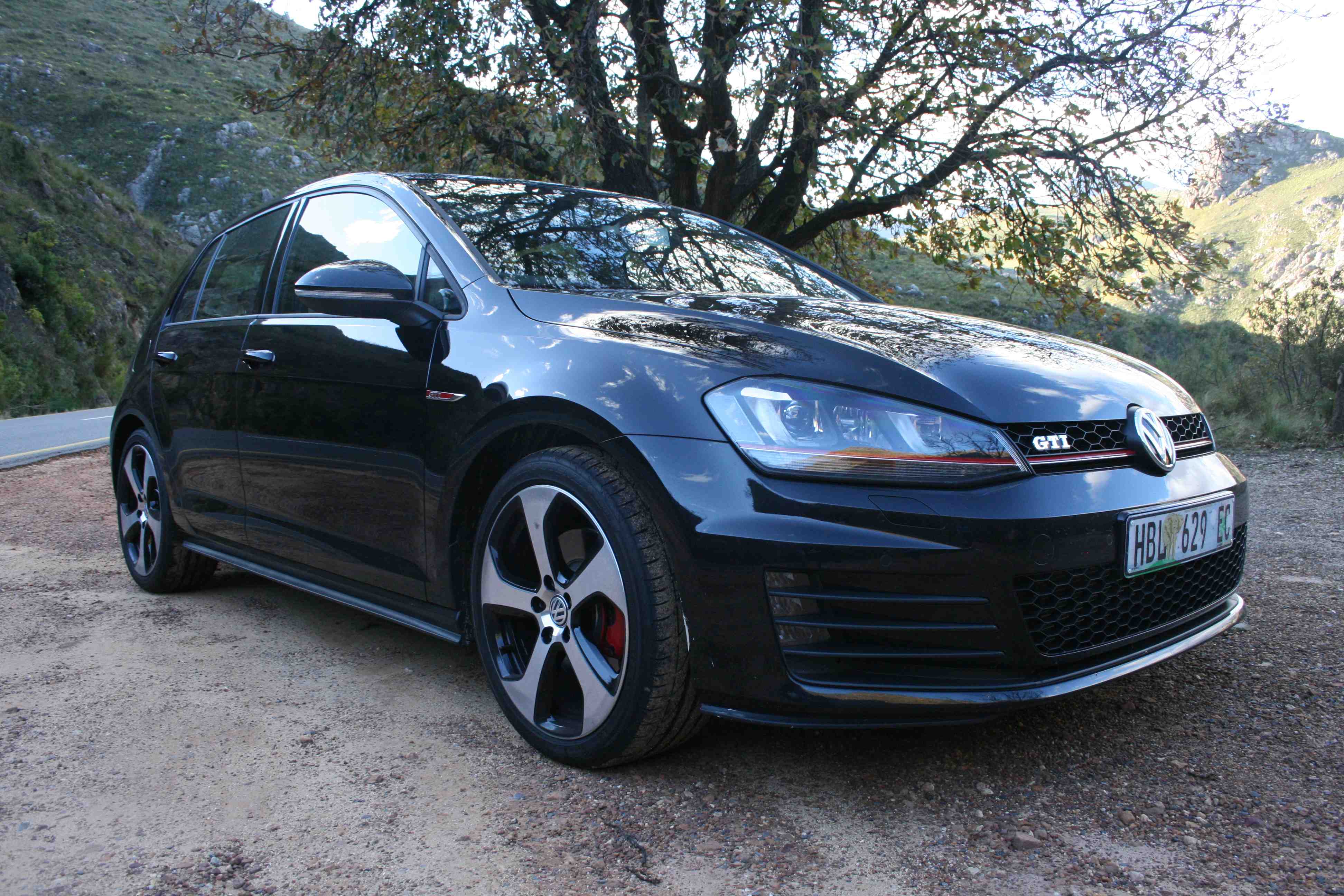 There is a problem with the 2013 Volkswagen Golf GTI. The latest iteration of the German icon might be too accomplished for its own good.

We aren’t gushing sycophantically. Volkswagen have had time on their side; honing their hottest Golf variant over decades. And it’s just that talented.

Driving it at the launch in July this year, our verdict was that the GTI was more evolution than revolution. And that it would be lapped-up like the tawdry Fifty Shades novel series. After our assessment week, we’re convinced it has the stuff to take South Africa’s Car of The Year title. 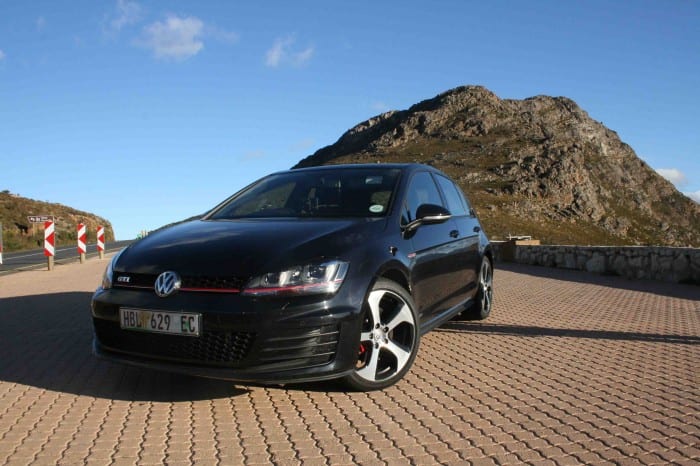 Tailored to to be swift

Every offering in this fierce hot hatchback ambit has its own character. The Ford Focus ST is raw and spicy, like wasabi on salmon nigiri. Renault delivers a focussed and visceral blend with their Megane RS. And the Opel Astra OPC is fast, but harsh-riding and heavy.

Manageable performance that doesn’t compromise the comfort of daily driving has always been a GTI hallmark. And it’s business as usual with generation seven. With its well-sorted underpinnings; the car takes poor roads, heavy-handedness and abrupt cornering without flinching.

It’s an easy car to drive fast. Things aren’t too theatrical unless you’re really unleashing your inner primate. Even then, the Golf allows a degree of fun before chucking a net over any potential for sad endings.

If involvement is what you’re after, best opt for the six-speed manual version. As good as the double-clutch semi-automatic model is, having two pedals detaches one from what is already a polished-to-the-point-of-being-clinical driving experience. 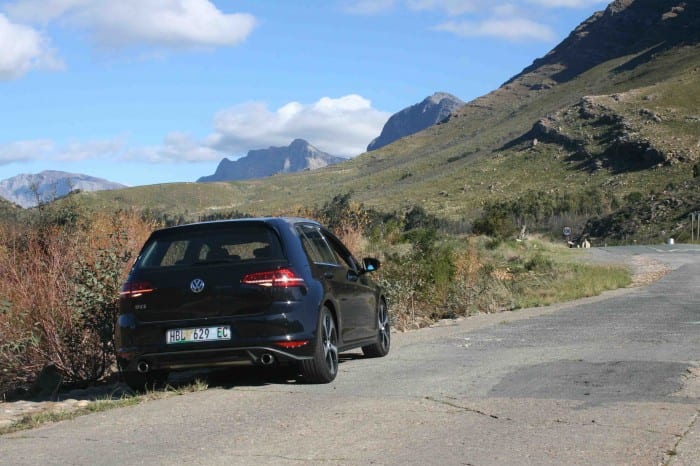 No lust for more thrust

The power increase has been gradual over the GTI evolution and while the competition might have whopping front-wheel outputs, the Golf has played a safe game.

You can feel the extra torque – the figure is up to 350Nm now – and it’s available instantly no matter how low the tachometer needle is dwindling.

Be thankful for the digital speed display on the instrument panel; often you won’t realise you’ve broken the limit until after the Metro’s camera flashes. Gearshifts from this DSG transmission are worthy of being described as seamless. All that interrupts the steady flow is a polite “burp” emitted with every upshift. 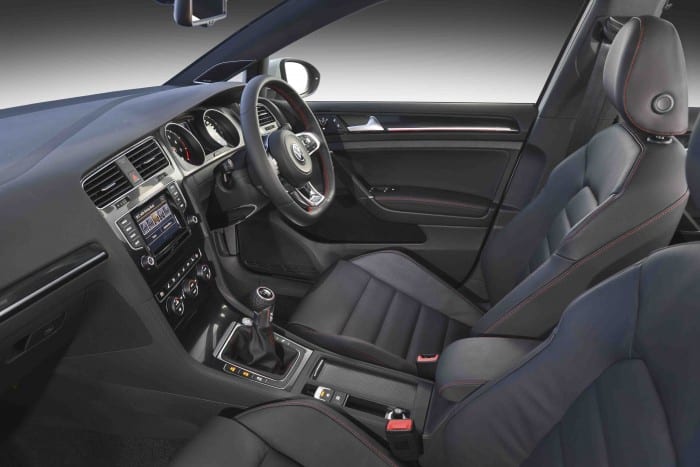 There’s a typical German logic about the layout of the Golf’s interior. No idiosyncrasies, no button-festooned fascia, just a simplistic driver-centric arrangement that makes sense.

You’ve got a touch-screen interface with an intelligent proximity sensor. It predicts movement from your hand and responds by displaying the list of icons. We tried fooling it and failed.

Mock carbon fibre inlays feature in the door panels, strips of red illumination look cool at night. The gauges on the instrument panel are marked clearly; the fuel gauge has a pin-sharp needle and little markings that seem to display the amount of juice in your tank, by the millimetre.

Overall it’s extremely difficult to fault. The cabin feels impregnable, well-insulated and will withstand years of use and abuse. We’re still of the view that Volkswagen should offer that retro Tartan seat fabric you can have on GTI models abroad. 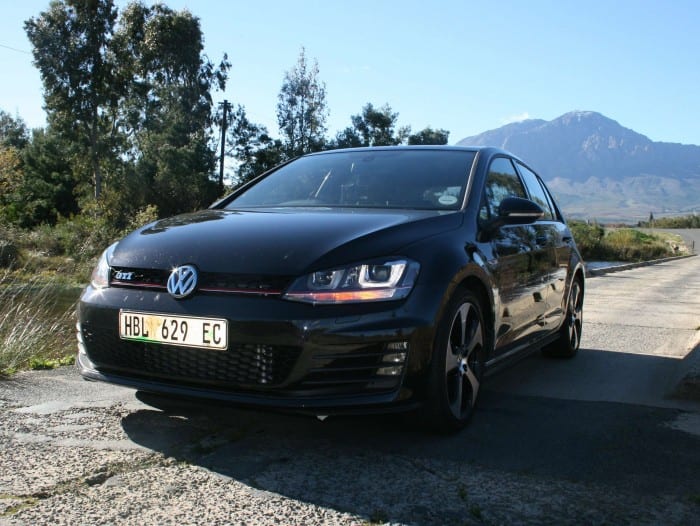 With an entry-level price of R382 800, the 2013 Volkswagen Golf GTI is priced rather attractively. But playing with the list of optional extras might dilute some of your enthusiasm.

The consolation here is that these are all niceties designed to woo us pressmen and women. And buyers can easily live without most of the above. If you consider the core performance, refinement and cachet, the base price doesn’t seem deterring. As we’ve unashamedly described; the latest Volkswagen Golf GTI is brilliant in all areas. Balanced in the bends even if you’re less than skillful behind the wheel, manageably fast, built like a granite kitchen and a delight to live with.

Volkswagen’s monthly target is between 300 to 400 units and there’s little doubt they’ll achieve that; given South Africa’s love for hot hatchbacks and the GTI in particular.

As we said, it might be too accomplished for its own good. And there will always be buyers in this segment who want something with more quirk, more character and greater exclusivity. Which is why, as superb as the Golf is, rivals like the Astra OPC, Focus ST and Megane RS won’t go out of business.