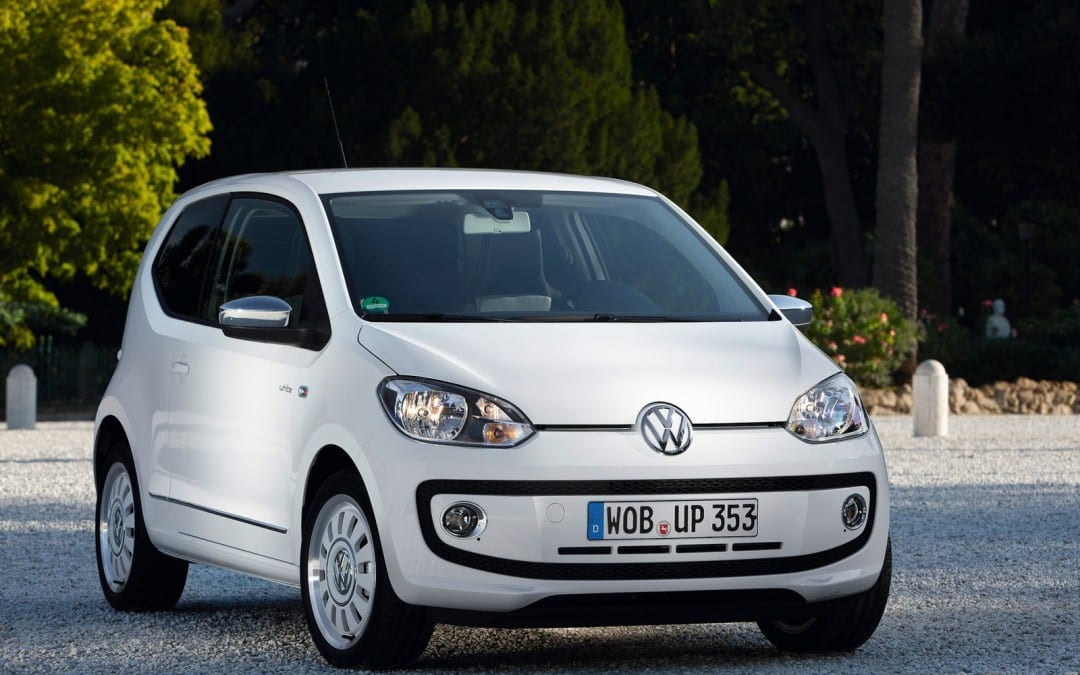 Or maybe they just caught on, it’s hard to say. Either way, Volkswagen’s ultra-modern city car with its needlessly punctuated name is finally available in South Africa. Cost concerns initially stalled the introduction of the Up to the local market, but in the three years since its European début, escalating Polo Vivo prices has opened up a gap for Volkswagen to introduce their latest mini-car to our market.

The Up slots into the local line-up below the Vivo, being smaller (both in stature and engine size) and more affordable. And while a five-door version is available overseas, South Africa will only get their Up in three-door flavour. The single engine option is a 1.0-litre three-cylinder (without a turbo), so the output figures come up to a modest 55 kW and 95 Nm. Good thing the Up is so light, then: with a kerb weight under 950 kg, there isn’t a load of lard for the little engine to lug along. 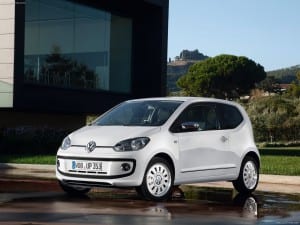 Performance is spritely enough for the Up’s intended urban setting, with the 0-100 km/h sprint taking 13.2 seconds, but the pay-off for the leisurely performance is stellar fuel efficiency. Official average consumption figures are listed at 4.7 ℓ/100 km, and sub-6 ℓ/100 figures should be easily attainable in the real world.

So far it all makes perfect sense, but then it gets even better. Being a member of the modern VW family, the Up’s refinement and build quality is on par with its bigger brethren. Noise levels are surprisingly low, and the ride has exactly the sort of cosseting, loping quality you’d want in a car that has to deal with the harsh realities of urban roads. The Up by no means a sporty handling car (thank its skinny tyres), but it’s perfectly suited to its intended urban habitat. The cabin has enough space to accommodate four South Africans, and the boot can swallow 254 litres. 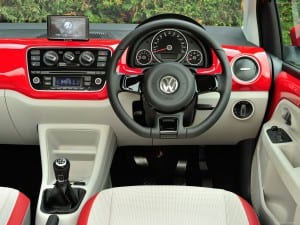 Standard equipment even on the entry-level Take Up includes four airbags (a high count for this segment) and ABS for safety, and power steering and air conditioning to reduce traffic stress. Not too shabby at a purchase price of R133 500, while the higher-level Move Up adds electric windows and door mirrors for R140 500. Additional option packs have niceties such as heated seats, cruise control and a panoramic sunroof, but these options do add to the price…

The Up brings the state of the European small car design art to our roads. Far from a stripped down, tinny econobox with primitive running gear and poor safety, the Up represents Volkswagen at their best. Affordable enough to lure budget buyers, good enough to win their loyalty to the brand: that’s Up!-ward mobility for you. – Martin Pretorius 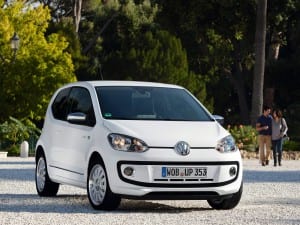