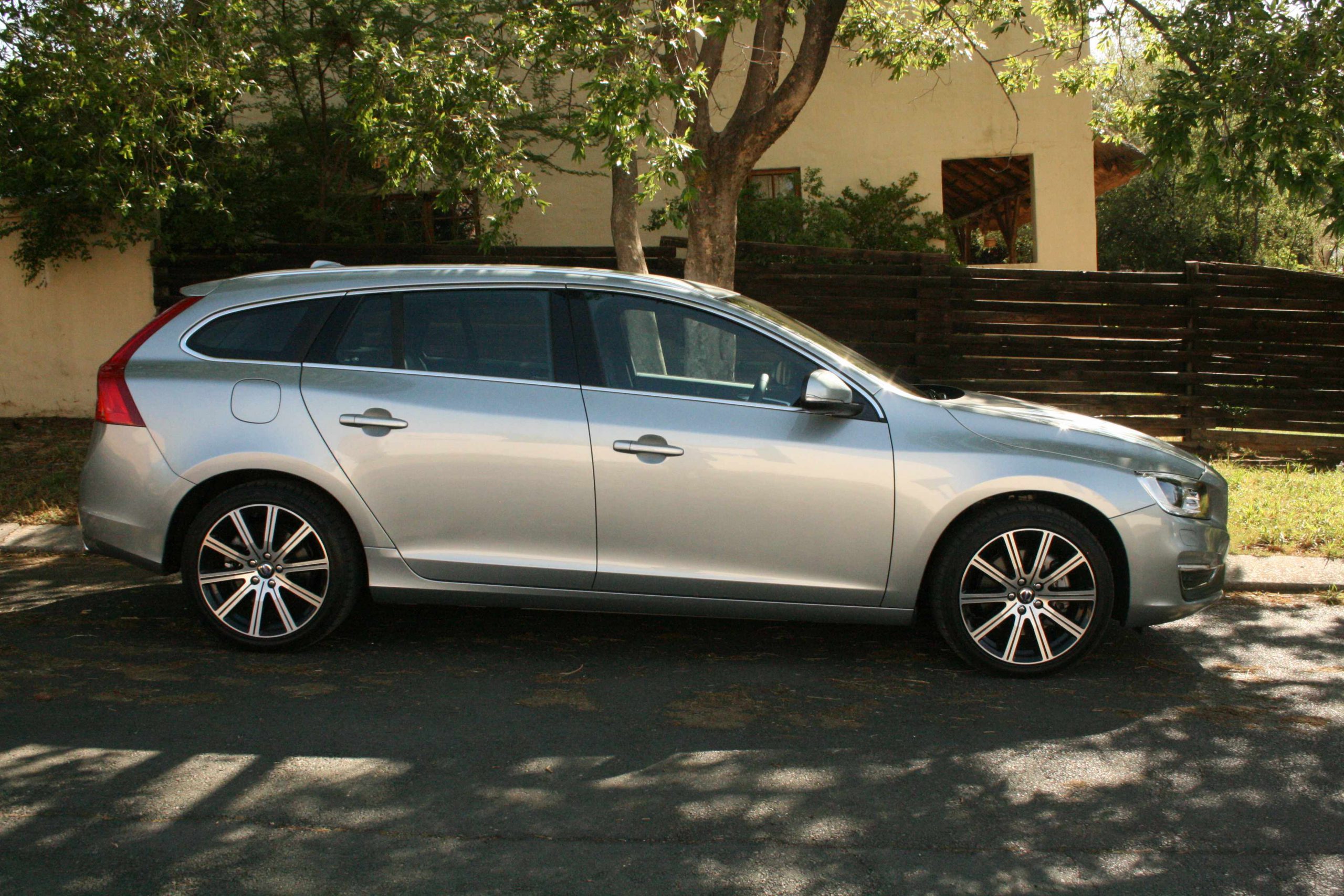 Stop. Accelerate and listen. That gentle chime is the Volvo V60 D5 Elite saying that you’ve just broken the speed limit. It’s one of the many standard features in this uber-safe wagon, which imparts a vanilla niceness on the palate.

And it’s a sound you’re going to have to get used to in this diesel model, deceptively fast with its turbocharged shove and five-cylinder kick.

The versatile Swede puts us in mind of crème brûlée. It’s not as spicy  a cinnamon-sprinkled tiramisu – that’s the V40 T5 R-Design. Instead, this practical family chariot is velvety and satisfying in a predictable way. 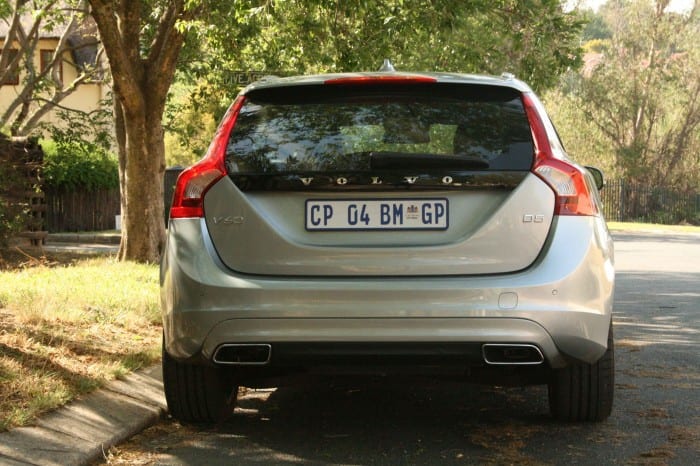 No amount of witchcraft will change wagons’ fortunes on the South African market. Volvo has traditionally been a prime purveyor of the estate car.

And even though the XC60 SUV inevitably kicks its sibling’s generous behind on the sales charts, it’s brave of Volvo to continue offering the V60.

There are loyal followers of the genre. And we think you should give it a peek. Because the V60 offers just as much space as its XC brother, in a less cumbersome package.

Let’s not forget the price advantage too. You’ll pay nearly R100 000 less for this, than you would for the equivalent XC60. We’re not sure about you, but for that kind of saving, we’d gladly live without that overrated elevated driving position and chunky pseudo-SUV persona. 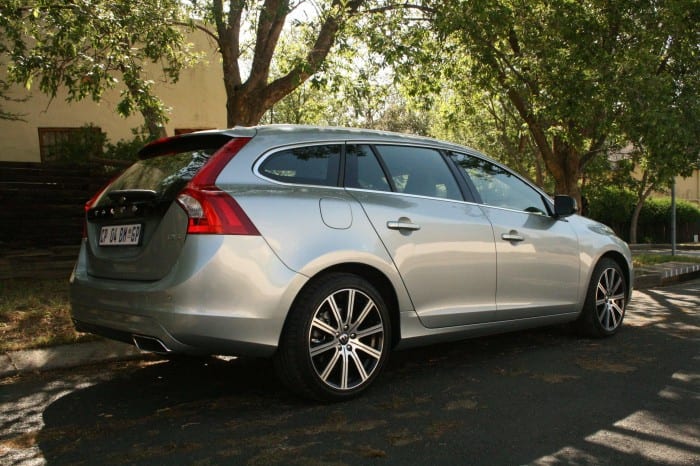 We’ve waxed lyrical about the supreme cushiness of Volvo models before. And it’s a tune we’re going to sing again.

Those seats offer a soothing embrace akin to that of a lover’s. Volvo is quite simply the best in the business at crafting chairs that offer assuring comfort and support.

It retains that trick “floating” console, with a clean layout and chunky buttons that won’t baffle gadget-averse buyers who favour simplicity.

Driver assistance systems feature abundantly. You get adaptive cruise control, Volvo’s lane-keeping assist and blind-spot detection. There’s an onboard soothsayer which tells you if you’re about to crash. But don’t worry, it’s not as mystical as it sounds. A bright red strip illuminates, with an audible warning if you get too close to the car ahead.

We’re still left frustrated by the car’s loathing of most USB devices – it’s an issue we’ve experienced with Volvo models before. And the Bluetooth system can be erratic too. 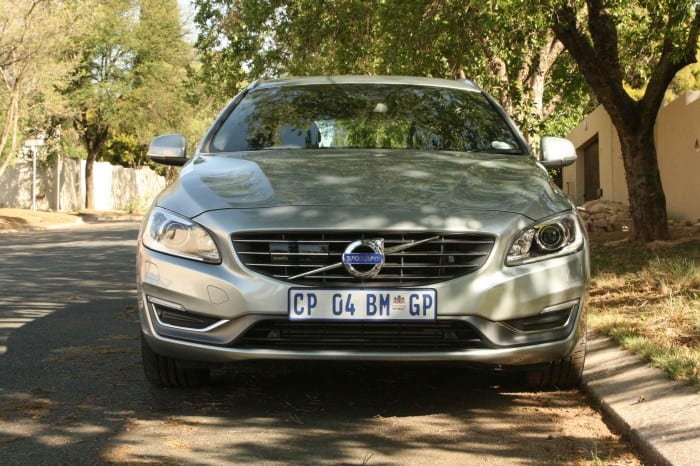 You could think of it as something of a sleeper. The pace of this diesel wagon belies its subdued exterior.

Volvo is particularly excited about the fact that there are now shift paddles on the steering wheel. But the novelty will wear off rather swiftly, because the gearbox is responsive enough in normal automatic mode.

You put your right foot down without anticipating anything spectacular. There’s an entree of lag before the turbocharger spits and then things get exciting. This rumbling five-cylinder diesel engine causes a thrilling surge.

Now it’s certainly not as effusive as the equivalent T5 version, but it’s a diesel so you can expect that. But it does offer a very tasty compromise between ample straight-line pace and good economy. 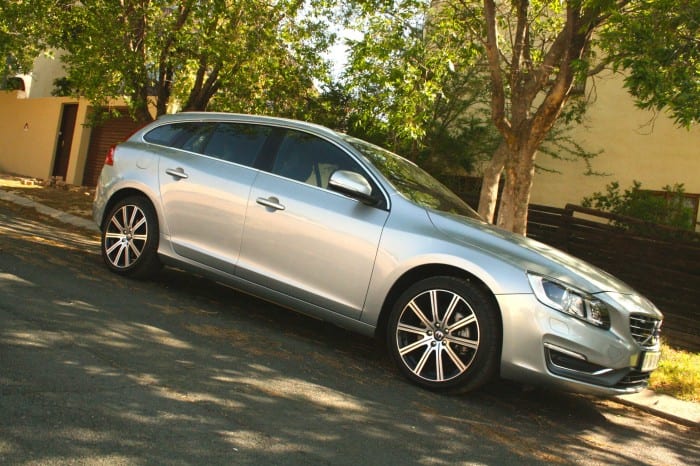 Give the Volvo V60 a go on your shopping shortlist. It’s a satisfying, no-frills offering that does what it’s supposed to.

Here you’ve got practicality, subtle Swedish sophistication, a raft of toys and standard gear – and with this D5 model – spirited performance.

Now Volvo can’t hope to set sales charts ablaze with this estate car and the XC60 will inevitably fare better. But it’s nice that they continue to cater to buyers, who appreciate the honesty of a wagon over the pretentious personas of their crossover and SUV brethren.