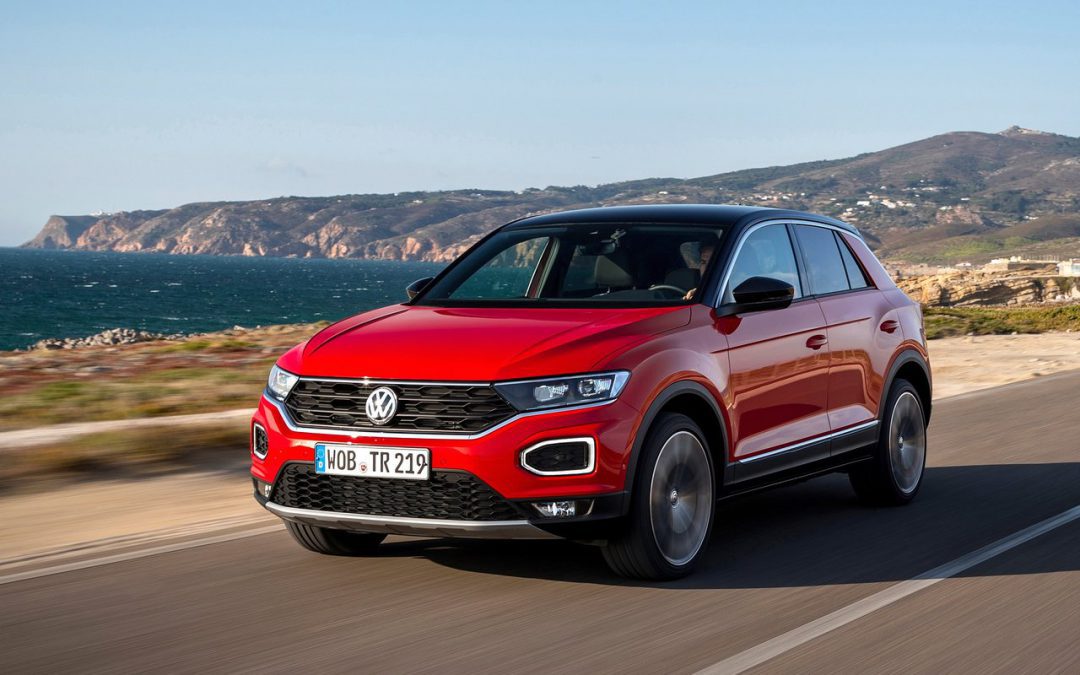 We’ve been the custodians of the Volkswagen T-Roc 1.4 TSI in Metalic Orange for exactly a month now. It was delivered to us in December and the purpose of the exercise was to see what it’s like to live with since it’s a brand-new model in the South African market. The reliable VW was our trusted chariot on an interprovincial trip to the beautiful KwaZulu Natal.

Is T-ROC better than T-Cross?

Since SUV’s are the trendy vehicle of choice among our consumers, it was only right for VW had to introduce one last variant of this kind to complete their Sport Utility Vehicle catalogue. The T-Roc is tailored to singletons like yours truly as well as those who have just started a family and have one or two bambino’s running around. It’s a reasonably spacious vehicle, and although rear space may not be like that of the Touareg, you’ll still be able to fit adults in that area.

So is it better than the T-Cross? In short, no, not really. They’re both VW’s and you’ll get the same reliability and similar features in both vehicles. Although we’ll concede and say that interior build quality is a smidge better in the T-Cross. The T-Roc, however, will offer you more vehicle and space when compared with its smaller sibling. It sits above the T-Roc and beneath the Tiguan in size and hierarchy.

Between Gauteng and KZN we covered 2400km without a hitch in the Volkswagen, half of which was accumulated on the open road and the other half doing inner-city runabouts. The prospect of driving the 1.4-litre as opposed to the 2.0-litre variant was exciting because of the notion that smaller engines have lower fuel consumption. This wasn’t quite the experience here, quite the opposite in fact, and this is possibly a lesson for everyone looking to purchase a vehicle with the same mindset. You see, there are a few other things which need to be in place for this fuel-saving theory to be true. The main one, of course, is the size of the vehicle – the same 1.4 TSI in the bonnet of a Polo will yield better results, 5.9 l/100km according to VW, as opposed to the T-Roc’s 6.2 l/100km, which in the real world is much higher than this. Our long-term trip meter reported a combined cycle of 7.8 l/100km. With that in mind, when comparing this figure with VW’s official consumption figure of the 2.0 TSI (7.2 l/100km) are you really saving much at the pumps by opting for the smaller engine car? To deliver nippy and ready-to-go performance with no deficiencies from the smaller engine, fuel consumption will unfortunately suffer. Having driven both derivatives, it must be said that the smaller of the two feels a lot sharper and sprightly when accelerating under everyday conditions. The 2.0-litre TSI feels noticeably heavier and not as ready to get up and go, but it’s when acceleration at higher speeds where you’ll see the benefits of the larger engine.

Overall, our time with the German SUV proved to be pleasant and successful. It is still very much a head turner by virtue of being new and uncommon on our roads, and of course, it has the looks to turn heads. For daily driving in the concrete jungle, the T-Roc is as a proficient machine. Light and easy to manoeuvre, and that peppy acceleration makes it even better! Internationally, there is a T-Roc R available with the same engine found in the popular Golf R. We’re patiently and biding our time and waiting to see whether Volkswagen South Africa will render us deserving of this performance spec.