The VW Caddy shows off its many talents 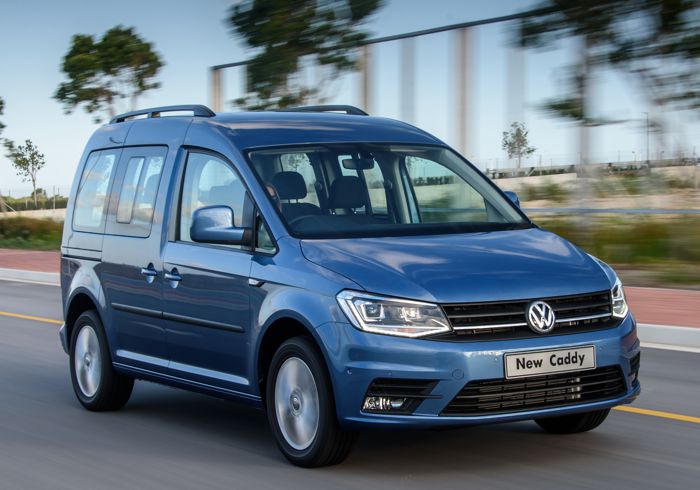 The steadfast Caddy comes out of VW’s commercial vehicle division, and its design may be somewhat confusing to some because it straddles the line between a commercial and passenger car. With versatility being the name of the game nowadays, maybe this isn’t such a bad thing.

On first impressions, the Caddy’s interior feels like that of its passenger car stablemates, unaware of what vehicle you’re in you could assume it’s the Golf or Polo. There’s a strong sense of familiarity in this cabin if you’ve driven any of the brand’s other models. On the centre console rests the familiarVW Composition Media Radio, characterised by a high-gradetouch screen with features such as Apple CarPlay and Android Auto. from a driver’s perspective, the Caddy is a well-built van.No rattles or loose panels interrupt your time behind the wheel, however, the panels are still composed of hard plastic, the quality kind thankfully – a prompt reminder that this is still a commercial vehicle.

The entire model range is powered by a 2.0 TDI engine, except for one – the 1.0 TSI which incidentally was our allocated test unit. Yes, there is still some apprehension in certain individuals when it comes to small-capacity engines such as this, although with the advancement of technology these motors do pack a solid punch. In the case of this little 3-cylinder, it has sufficient poke to never leave you feeling underpowered, even on motorways. Output figures come peak at 75 kW and 175 Nm. With the aid of a turbo unit, it all flows seamlessly. If your intended use for the Caddy is to carry heavy loads in its commodious rear area, then the 2.0 TDI might be worth considering as your source of power.

Speaking of loading space, the squarish VW showcases its commercial genetics through a surprisingly spacious interior, especially the rear compartment. It’s so roomy you can hear your echo when speaking – or perhaps it’s merely a byproduct of the Caddy’s interior design – we’ll never know. What we do know is that it offers a gobsmacking 3200-litresof load volume without the rear bench. Versatility and a high level of spatial configuration are some of this vehicles biggest attractions. When the rear seats are in place the Caddy easily assumes duty as a family vehicle, doing school runs in-between business activities. It’s all in a day’s work. If that commodious rear still isn’t enough you may fold the rear seats through a 60:40 split, and as a last resort, they can be completely removed to create an open and flat space, enough to accommodate anything short of a queen-size bed. The folding and removal of the seats is straightforward and doesn’t require a PhD in physics. Customers can purchase the Caddy in a two, five and a seven-seater Maxi.

The standard specification in the 1.0-litre Trendline includes electric and heated mirrors, electric windows and a multifunction instrument cluster displaying info such as economy, range, distance and time travelled. For R387 900 it’s a well-priced offering from the Volkswagen.

Our test mule was generously fitted with more than the standard factory detailing. Included in the Trendline were front and rear PDC, cruise control and a reverse camera.  The latter proved to be quite handy on many occasions where reversing was required, it’s also the one optional item that we would recommend ticking offwhen speccing your Caddy, due to the difficulty in accurately gauging where the long rear ends.

With the functionality of a workhorse and the practicality and comfort of a passenger car, the VW Caddy positions itself as a noteworthy option when considering a vehicle for a small business, and it has agreeable looks for a van.