What Happens To Your Brain While You Are Driving? 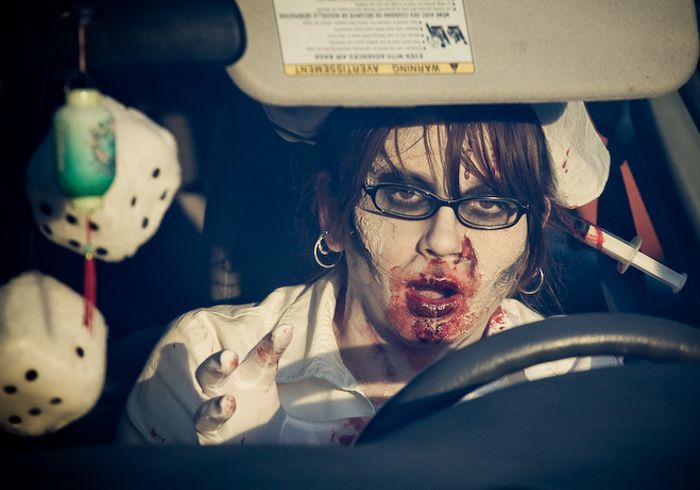 Though posed as a question, there is not a motorist on the planet who knows or who even cares about what their brain is doing while they are driving. For many of us in the U.K, we have witnessed motorist’s dumbest antics while behind the wheel of their car – as if their brains had been eaten by Zombies or perhaps they were Zombies. Which makes perfect sense because deep-down inside – Zombies hate walking!

However, putting aside euphemisms of people driving like Zombies – you have to understand that when behind the wheel of your car – for about ninety-percent of the time – you are in a subconscious or altered state of mind! And there is a scientific explanation for it called highway hypnosis or white line fever. For example, think about the roads you travelled today, do you have any recollection of what you were doing in the car: the exact moment you adjusted the temperature controls, changed the radio station or increased the volume listening to a catchy tune…no you don’t…and you probably don’t recall much about what you saw on the road, the exact locational-moment you swerved to avoid a pot-hole, or more specifically the internal dialogue you were having with yourself about the vast list of priorities you had to complete and the people you needed to speak to. All the while, you obeyed the speed-limit, stopped at the traffic-light, gave way to a peloton of cyclists only to safely arrive at your destination – that phenomenon is called highway hypnosis: a subconscious process, neuro-scientifically, known as automaticity, A.K.A, ‘your inner Zombie!’

Yes…I am talking about ‘Zombie Brain,’ which is a hypothesis of automaticity: the ability to perform an action or a sequence of tasks – without the reliance of conscious intervention. That is why some experienced drivers can still navigate their vehicle through grid-lock traffic, take a quick detour to pick-up some take-aways, become momentarily distracted with their cellphones – yet their minds are completely preoccupied with dialoguing, logging and debating the past day’s event – all the while ticking off their list of priorities for the following day. Automaticity is critical for higher-order thinking, once we have mastered a lower-level skill – we free-up the brain to engage in more complex forms of thinking and problem solving. However, some research suggests that ninety-percent of our daily-routine  is undertaken by this unconscious ‘Zombie’ neural processing. Some schools of scientific research estimate that two-thirds of U.K motorists are zoned-out, and it is their inner-zombie that is in control of their car. So you see, ‘truth is stranger than fiction!’