What Is More Dangerous Than Driving With A Swarm Of Killer Bees In Your Car? Driving When You Are Tired! 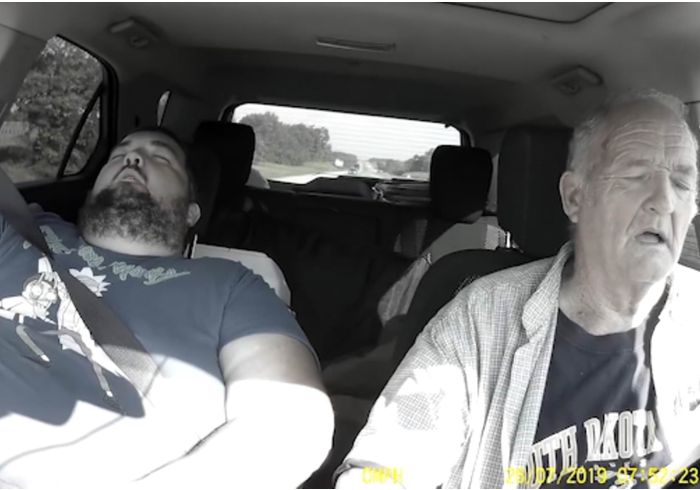 Ask any athlete; fatigue leads to reduced concentration, mental focus and slower reaction times. Interpreted from a road-safety perspective: a tired driver is more dangerous than a drunk Chimpanzee with a machine gun. Likewise, an exhausted driver may exhibit the same symptoms as if under the influence of narcotics or alcohol – impeding both the driver’s depth-perception and their ability for car-control.

However, unlike a D.U.I, the police can neither test nor arrest you for being tired while driving. And in our fast-paced society who has time to sleep…yet is that not the answer – to get more sleep? Yes, but only a few motorists in Great Britain would agree. On average, driver fatigue is responsible for twenty-percent of collisions in the U.K. Sleep-related accidents are most common on both motorways and dual-carriageways: a monotonous road environment, sleep-deprivation and zero driver stimulation, can cause a driver’s mind to drift into ‘lala land,’ which often leads to ‘microsleeps;’ intermittent mini-sleep episodes. A phenomenon that has contributed to some of the worst catastrophes in mankind’s history: both the Chernobyl nuclear disaster and the Challenger space-shuttle explosion in 1986 as well as the Exxon Valdez oil spill in 1989 and numerous airline crashes. While a Microsleeps time-lapse is between a millisecond to thirty seconds – the driver remains completely oblivious to having nodded off.

Therefore, to enhance wakefulness while driving – we need to learn from an athlete’s training. This requires preparation, nutrition, exercise and rest – a minimum of eight-hours sleep every night. Before you leave for work in the morning, adjust your driver-seat that your arms are bent at 90° and your elbows vertical. Then drop your shoulders and place your hands at the 09:15 hand-position on the steering-wheel – tracing a horizontal line to your chin. During a long-distant road-trip, stop every two to three hours – safely exiting onto the side of the road for a fifteen-minute break to stretch your legs and if possible, perform a driver swop. Avoid junk food, caffeine, refined sugars, and soft-drinks. Instead snack on raw vegetables, fruit and drink plenty of water.