What is the difference between a crossover and an SUV? 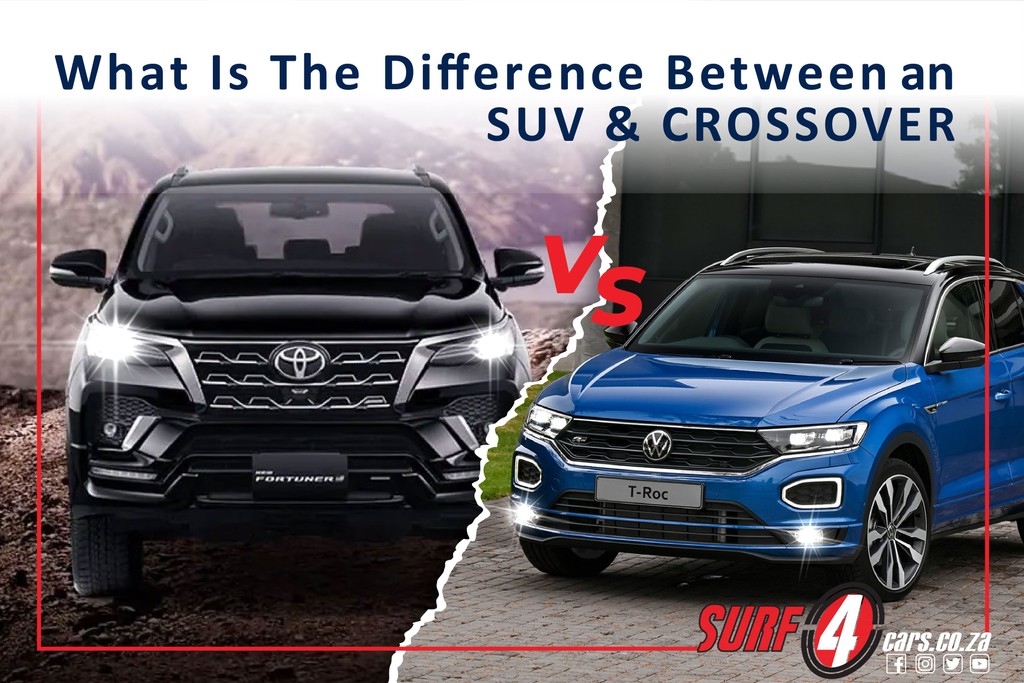 With so many different car segments, at times it’s difficult to keep up with which vehicle belongs where. Two segments that become particularly tricky to distinguish are the crossover and SUV segments. You’ve probably wondered what the difference is between the two when the vehicles in both groups look very similar in size and structure. Well, you’ve landed on the right page. We’re going to break down and explain what the difference is between a crossover and an SUV.

What confuses most people about these two vehicle segments is that the vehicles belonging to each group often have very similar traits, such as high ground clearance and a rounded rear. They generally have roomier interiors than sedans and hatchbacks, and these days people are opting for the SUV and crossover look over other vehicle types. When you take a closer look, the SUV segment is even broken down into subdivisions like a compact, medium, and large SUV – this is where things may start t get a little tricky.

Despite this, there is one major component that separates crossovers from their SUV cousins, and it’s beneath the surface.

SUVs have a ladder frame chassis, which is exactly what it sounds like. A ladder frame chassis consists of two main struts on either side running parallel to one another, which are connected by smaller beams in the middle. Engineers will then place the vehicle’s body over this structure. Trucks, buses and many utility vehicles utilise the same structure.

A crossover, on the other hand, has a completely different setup, one that’s called a unibody or monocoque frame. Simply put, the frame/chassis in a crossover is built as one with the body of the car and there’s no separating the two, hence it’s called a unibody. Of course, there are many advantages to the unibody or monocoque frame, such as a stiffer vehicle setup which will translate to better road handling as well as a safer shell in the case of a crash.

Before you run off to buy a crossover you should know that there are advantages to the SUVs ladder frame too. For starters, the ladder frame is also used in heavy-duty/utility vehicles as mentioned above. The reason behind this is that the ladder frame can bear excessive loads, including towing. So if this aligns with your needs in a vehicle, you may want to consider an SUV for your next purchase. A ladder frame also lends itself well to off-roading and navigating rough terrain because of its robust structure. Aside from this major structural difference, SUVs and crossovers are very similar and have a lot in common. You can get both in 2WD and 4WD, although if you’re considering the 4WD option there must be a good reason – more than likely it’s because you intend on doing some off-roading in your spare time. If that’s the case, and depending on how serious the off-roading you’ll be doing will be is, you may want to consider an SUV 4X4. For mild, gravel off-road driving, a 4WD crossover will still do the trick. Lastly, if none of the above activities are of interest to you, then choosing between a crossover and an SUV should be less complicated – it’s simply a matter of taste and brand/model preference.

Below are a few examples of SUV’s vs Cross-Overs